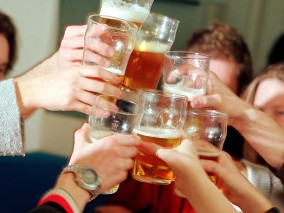 Flavonoids are versatile plant metabolites found in many plants – including hops, and therefore beer. A new study in Behavioral Brain Research found that xanthohumol improves cognitive function in young mice, but oddly not in older animals. Don’t get too excited about drinking beer just yet – it will take 500 gallons a day to get enough flavonoids without supplements.

Flavonoids are compounds found in plants that often give them their color. The study of them – whether in blueberries, dark chocolate or red wine – has increased in recent years due to their apparent nutritional benefits, on issues ranging from cancer to inflammation or cardiovascular disease. Several have also been shown to be important in cognition. Xanthohumol has been of particular interest because of possible value in treating metabolic syndrome, a condition associated with obesity, high blood pressure and other concerns, including age-related deficits in memory. The compound has been used successfully to lower body weight and blood sugar in a rat model of obesity.

The new research studied use of xanthohumol in high dosages, far beyond what could be obtained just by diet. At least in young animals, it appeared to enhance their ability to adapt to changes in the environment. This cognitive flexibility was tested with a special type of maze designed for that purpose. The research believes this could be a vital step toward understanding, and ultimately reducing the degradation of memory that happens with age in many mammalian species, including humans. 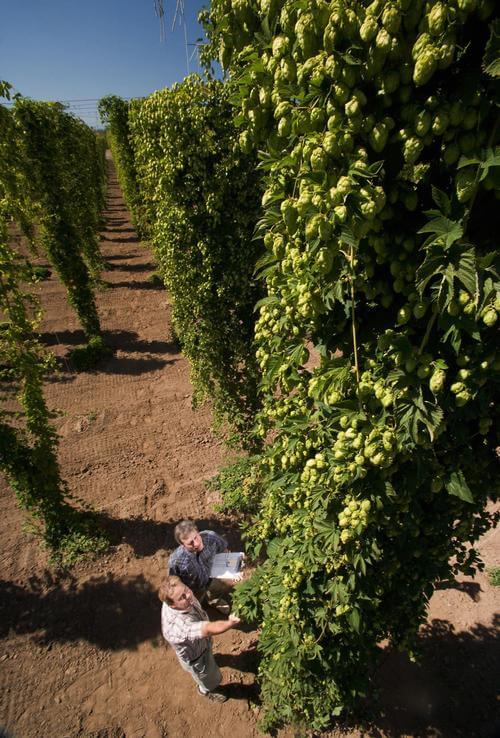 Xanthohumol compound found in hops and beer is of interest to researchers for its potential to improve cognitive function. Credit: US Department of Agriculture

“Our goal was to determine whether xanthohumol could affect a process we call palmitoylation, which is a normal biological process but in older animals may become harmful,” said Daniel Zamzow, a lecturer at the University of Wisconsin/Rock County. “Xanthohumol can speed the metabolism, reduce fatty acids in the liver and, at least with young mice, appeared to improve their cognitive flexibility, or higher level thinking,” Zamzow said. “Unfortunately it did not reduce palmitoylation in older mice, or improve their learning or cognitive performance, at least in the amounts of the compound we gave them.”

Kathy Magnusson, a professor in the Oregon State University Department of Biomedical Sciences, principal investigator with the Linus Pauling Institute and corresponding author on this study, said that xanthohumol continues to be of significant interest for its biological properties, as are many other flavonoids. “This flavonoid and others may have a function in the optimal ability to form memories. Part of what this study seems to be suggesting is that it’s important to begin early in life to gain the full benefits of healthy nutrition.”

The levels of xanthohumol used in this study were only possible with supplements. As a fairly rare micronutrient, the only normal dietary source of it would be through the hops used in making beer, and “a human would have to drink 2000 liters of beer a day to reach the xanthohumol levels we used in this research.”

In this and other research, Magnusson’s research has primarily focused on two subunits of the NMDA receptor, called GluN1 and GluN2B. Their decline with age appears to be related to the decreased ability to form and quickly recall memories.

In humans, many adults start to experience deficits in memory around the age of 50, and some aspects of cognition begin to decline around age 40, the researchers noted in their report.