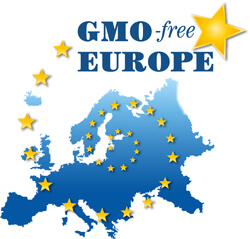 Britain has emerged as the key battleground that could determine whether the European Union relaxes its tight restrictions on GMOs. The fight the science establishment, which strongly supports biotechnology, against a host of NGOs that by and large are suspicious of technology in general and specifically hostile to crop biotech.

The European Council’s proposal on allowing member states the freedom to decide on the cultivation of genetically modified (GM) crops will be voted on on next week.

The Biotechnology and Biological Sciences Research Council (BBSRC), which allocates government funding for biotech research, is now speaking out forcefully against the the current precautionary approach which it says has effectively stifled GM crop farming in the EU.

To circumvent concerns about genetic engineering, the council is promoting advances in genome editing technology that allows precise and targeted genetic changes without having to switch DNA between species. Yet gene editing is regulated by the EU under the same framework that covers agricultural products. In contrast, GE medicines made through gene editing often sail through the approval process, which focuses on benefit and risk by looking at the active molecules in a drug, not the way they were produced, as in the case of GM crops and foods.

Novel genetic techniques have been developed in recent years and are advancing rapidly. They include techniques commonly referred to as ‘genome editing’ that allow targeted changes to be made to genomes, such as adding, removing or replacing DNA at specified locations. The new techniques offer the possibility of making genetic changes more precisely than previously possible by targeting them to specific sites in the genome.

In some cases it will be impossible to tell what method was used to produce a new crop variety, because exactly the same DNA changes could be introduced using a variety of conventional breeding or newer techniques. The boundaries between established genetic modification (GM) and non-GM techniques will become increasingly blurred as techniques develop.

This raises questions about how new crop varieties should be regulated. A regulatory system based on the characteristics of a novel crop, by whatever method it has been produced, would provide more effective and robust regulation than current EU processes, which consider new crop varieties differently depending on the method used to generate them.

The possibility that the EU might loosen restrictions has anti-GMO advocacy frothing. “Officials, politicians, academics and media outlets have been co-opted by and are colluding with the GMO agritech industry,” writes the activist site CounterCurrents. “These people and institutions have been spewing out falsehoods, ignoring evidence pertaining to GMOs and are putting a one-sided positive spin on GM food with the aim of forcing it onto a public that does not want it.”

The activists challenge the BBSRC announcement:

[T]echnologies have been developed that are intended to target GM gene insertion to a predetermined site within the plant’s DNA. Although the GMO industry claims these techniques are precise, studies have found that they cause unintended genomic modifications in off-target sites (the part of the plant not being targeted), potentially causing a range of harmful side-effects.

Scientists see the EU reevaluation as a potential turning point in the effort to break the political hold on GM crop research and utilization. “There is no doubt that improved crop varieties will be produced using these new methods around the world and commercialized in countries outside of the EU,” said BBSRC chief executive Professor Jackie Hunter. “If we want the UK and the EU to continue to be world-leading in this area, we must ensure there is appropriate regulation in this changing landscape.”

To stir public opposition to GMOs, advocacy groups promote the belief that most GM research is done by corporations. That’s not accurate. As the independent environmenatlist and former anti-GMO campaigner Mark Lynas wrote last week in the Guardian, “To the quiet despair of scientists at national academies, plant research institutes and universities across the continent, MEPs now risk sleepwalking into approving legislation which would effectively prohibit scientific research by default.”

“This current discussion, and other upcoming debates in Europe including which genomic techniques should be classified as GM, makes it all the more important that we counter misinformation and allow policy makers to make decisions based on good evidence,” writes UK-based Sense About Science, an independent UK-based science literacy group.

SAS has produced a backgrounder on the debate, “GM in Europe, it’s not what you think”, which sets out 14 examples of public sector research across member states aimed at solving real challenges in agriculture. “These research projects, and the researchers involved in them, face an uncertain future. If the Council’s cultivation compromise is destroyed the GM policy deadlock will continue, increasing the uncertainty about future applications of GM techniques for everyone, from basic researchers to farmers to national pest quarantine authorities,” SAS writes.