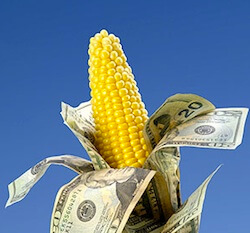 Thailand appears poised to move ahead with growing test plots of a genetically modified papaya, modeled after the GMO Hawaiian papaya, that reduces the need for pesticides–overcoming years of opposition by Greenpeace.

Thailand’s Supreme Administrative Court upheld a 2008 Central Administrative Court’s ruling that the Department of Agriculture had taken necessary steps to ensure that GMO crops would not be introduced recklessly, dismissing a lawsuit filed by Greenpeace that sought to stop government’s demonstration plots for genetically modified (GM) papaya. Greenpeace filed a lawsuit in 2004 for alleged negligence in testing GM papaya at its research site in Khon Kaen province.

The Thai court ruling highlights the deceptive claims at the heart of the anti-GMO movement: GMOs are only being commercialized by large agribusinesses and that GMOs are largely a failure because most of the innovation has focused on large commodity crops like corn and soybeans. Some anti-GMO groups have even hinted publicly that might consider supporting GM crops and foods if non-commercial interests supported non-commodity crops.

Of course the Thai papaya fits both of those parameters, but no GMO critics have switched their tone. In fact, as Keith Kloor notes in his blog on Discover, anti-GMO groups go out of their way to try to block innovation by non-commercial interests even as they demonize current GMO crops and characterize them as a “failure.”

“[T]here is little doubt,” he writes, “that “frankenfood” scare tactics has poisoned public perception of GMOs and that continuous legal challenges and a high regulatory bar has dampened investment in R & D, particularly for public institutions, as an article in The Nation recently discussed.”

This dissimulation is SOP for advocacy groups. What’s so distressing, Kloor notes, is that this particular propaganda meme is echoed by GMO skeptics, who should know better. Kloor points out that Jon Foley,Executive Director, California Academy of Sciences, wrote a recent article claiming, “GMOs have frequently failed to live up to their potential…. While the technology itself might ‘work,’ it has so far been applied to the wrong parts of the food system to truly make a dent in global food security.”

Blame that “failure” largely on GM activists who not only campaign to block herbicide resistant crops, such as Enlist Duo, they relentlessly savage innovations such as Golden Race, vitamin-enhanced cassava, GM American chestnut trees that could save a tree nearing extinction, virus resistant oranges–and the Thai papaya, among dozens of innovative crops and foods being developed by governments, independent agencies and entrepreneurs.

“It’s impossible to quantify how much credit biotech opponents should receive for the failed commercialization of the aforementioned GMOs,” Kloor concludes.