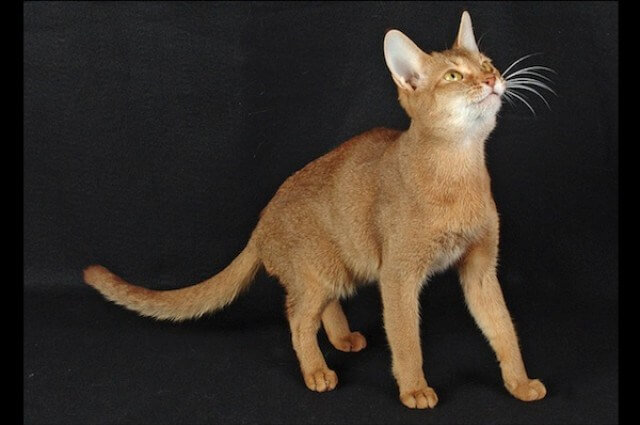 Cats haven’t been domesticated all that long, 10,000 years at most, and probably less than that. The theory is that cats didn’t begin to hang around humans until we started storing grain from our recently invented agriculture.

Granaries became an easy place for wildcats to find rodents and other tasty tidbits, and we were happy they were willing to volunteer for grain security patrol. Eventually the Near Eastern wildcat, Felis silvestris lybica, became Felis silvestris catus, the domestic cat. According to a paper published last week, the two remain genetically very similar and still interbreed.

Contrast that with our first animal invention, the dog, which dates back at least 15,000 years, and some say perhaps twice that. I wrote about dogs, our first GMO, here at GLP last year. Dogs may have begun as scavenging wolves, trailing along after human hunters on their rounds. But wolves by nature travel in packs and follow a leader. It probably took only a few thousand years to select the less aggressive wolf pups, make them part of human packs, and train them to follow a human leader, obeying his commands to track prey and help bring it down. The result: dogs.

The futility of herding cats

Your cat by nature probably loves to catch mice, not to mention snakes, birds, bugs, butterflies, and any other small thing that moves. One of my cats brought me a fish once. A live fish, flopping around on the doorstep. Edible size, too. (We lived on Long Island Sound at the time.) That still-living fish was a generous gift from the cat to me—bestowed, I choose to believe, out of affection. But however much he loves you, try getting your cat to catch a fish or a mouse—or anything else—on your command. Hah. With the possible exception of lions, cats are not pack animals and do not follow a leader.

Razib Khan, the well-known blogger who writes Gene Expression, just happened to be an author on the paper discussed here. He comments “Domestic cats have a reputation as being marginally tame and lacking in the servile sycophantic affect of the dog.” He hastens to add, “But in comparison to the wildcats F. silvestris catus is actually very tolerant of coexistence with humans.” If you are a cat person, as he is and I am, you already know that. (And you probably can’t help snickering at his snarky comment about “the servile sycophantic affect of the dog.”)

Although the domestic cat is not yet all that domesticated, the large team of researchers working on a new, high-quality reference genome for F. silvestris catus has found genetic signals of domestication, genes that show rapid, frequent changes. These signals are in and around genes believed to govern reward seeking, memory, and fear, plus genes involved in hearing, vision in low light, and olfaction. This even though the cat’s wildcat ancestor, with its solitary habits, does not seem pre-adapted for domestication like the wolf, and cats have been with us for only a few thousand years.

“The team also found five genes in domestic cats that influence the migration of neural crest cells, stem cells in the developing embryo that affect everything from skull shape to coat color,” says David Grimm in Science. Other researchers have suggested that these cells may be the master control switches of domestication, and might help explain why domestic animals share traits such as smaller brains and certain pigmentation patterns, Grimm notes.

Interest in the cat genome springs from medical needs as well as curiosity about the origin of our most popular pet. Scientists think cat genes can tell us things about human diseases. “The complete cat genome could improve understanding, and treatment, of the more than 250 diseases that afflict humans and cats in similar ways,” Nick Stockton says at Wired. These include diabetes and HIV/AIDS. Cats also seem to have genes that protect them against heart disease despite their meat-eating lifestyle.

Khan points out that the new paper, published in the Proceedings of the National Academy of Sciences, greatly improved the reference genome for the cat. Partly because they pooled data from several different domestic cats, researchers were able to produce a reference sequence with 58-fold coverage. (This is equivalent to sequencing a genome 58 times to eliminate errors.) That makes the cat genome much more accurate than most sequenced genomes except for the human sequence and a few model animals, he says.

The original genome came from Cinnamon, the gorgeous Abyssinian in the photo above. She was chosen because the researchers know a lot about her ancestry and wanted to study an eye disease that ran in her family. The researchers, based at Washington University-St. Louis and several other universities, compared her genome with those of re-sequenced genomes from six other domestic cat breeds (the Egyptian Mau, Maine Coon, Norwegian Forest, Birman, Japanese Bobtail, and Turkish Van, most invented in the last 200 years), plus two Near Eastern wildcats and two European wildcats (Felis silvestris silvestris)–plus four other mammals: the dog, tiger, cow–and Homo sap.

Jerry Coyne has a lot of details (and informed speculation) on this paper at Why Evolution is True–and HT to him for unearthing the photo of Cinnamon, which is scarce for some reason. He includes a clear explanation of how researchers go about deciding that a gene has been subject to recent selection, the raw material of evolution. He also notes that cats roam a lot, and are known to have mated with wildcats. Those matings would introduce “wild” genes back into domestic cats, and may be another reason cats are only partly domesticated.

I suppose I can’t end this with no mention of the cat videos that dominate the Internet. But at least let me be semi-educational. Simultaneously with news of the cat genome study, a note from the American Chemical Society arrived in my inbox promoting one of its YouTube videos, this one on the chemistry of cat-related smells. I was going to say it was completely unrelated to the cat genome study, but it was, sorta. Turns out, says the ACS video, that going crazy in the presence of catnip is a genetic trait, and only 70 percent of cats have it. The genome paper didn’t mention that at all.