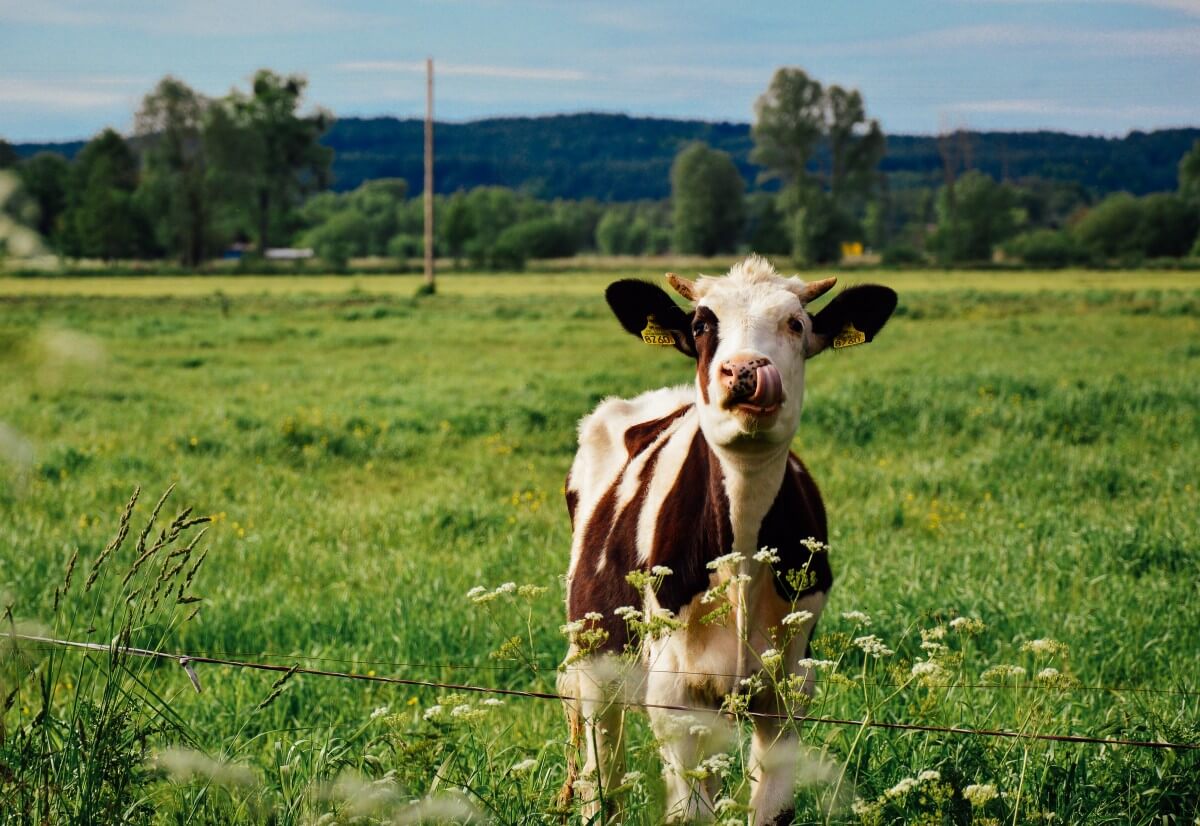 This article originally appeared at Forbes and has been republished here with permission of the author.

The Environmental Protection Agency is arguably the worst regulatory agency in the history of the world.  But perhaps I understate.

EPA has long been highly politicized, disdainful of science, relentlessly incompetent and corrupt.  The agency is a miasma populated by the most radical, disaffected and anti-industry discards from other agencies, who collude secretly and sometimes illegally with environmental extremists.  An analysis by the Competitive Enterprise Institute has estimated that the annual cost of compliance with EPA regulations is more than a third of a trillion dollars.

The damage inflicted by the agency on consumers and a slew of American industries–biotechnology and those that produce energy and chemicals, in particular–is incalculable and probably irreparable.

The American farmer is now in EPA’s crosshairs.  Strong signals from regulators suggest they are about to severely restrict or completely eliminate some of the most important tools in the farmer’s toolkit.  They—and the rest of us–need to wake up to this new threat and defend their interests before EPA takes a major bite out of the nation’s agricultural productivity.

EPA’s Biological and Economic Analysis Division recently issued a report proclaiming that seed-coating applications of neonicotinoid pesticides–the most popular and widely used insecticide in the world today–“provide negligible overall benefits” in growing soy crops.  That was big news to soybean farmers, who rely on neonic seed coatings to protect their crops in ways no other product can.  But without talking to a single farmer–and after conducting a rushed review of a small, cherry-picked sampling of efficacy studies, a few articles, and 21 responses to a questionnaire–EPA determined that, “in most cases there is no difference in soybean yield” between neonic-treated soybean fields and those receiving no insect control.

Why is this significant?  Because it makes EPA an active accomplice in a years-long campaign by radical environmentalists to ban neonicotinoids, highly selective yet effective pesticides derived from nicotine, a naturally-occurring plant substance.  Neonics, mostly applied as seed coatings, are absorbed into crops where they kill only the insects that attempt to feed on them while reducing the exposure of beneficial insects such as bees.  They decrease by at least two-thirds the amount of pesticide that needs to be applied and often eliminate the need for spraying entirely.

Perhaps most important, the composition of neonics makes them virtually harmless to mammals, including the farm workers who apply them.  If environmentalists were rational, they would endorse these products; instead, neonics are near the top of the list of things they love to hate.

There are probably several reasons–because neonics are so popular with farmers and so widely used; and because they are not acceptable in organic agriculture and are, therefore, yet another way that conventional agriculture is superior to organic. With groups such as the Center for Food Safety, Friends of the Earth and Pesticide Action Network in the lead, activists blame neonics for the health problems of bees in recent years, including the mysterious Colony Collapse Disorder, in which bees suddenly abandon their hives.  But most scientists agree that bee health problems are multi-factorial, involving primarily the Varroa destructor parasitic mite, other pathogens like the gut fungus Nosema ceranae, nutritional challenges stemming from shrinking forage areas, and insufficient bee genetic diversity. Insofar as pesticides contribute, those administered by beekeepers inside the hive for mite control are a far greater concern.

And none of the large-scale field studies to date of bees foraging in neonic-treated crops have shown observable adverse effects at the colony level from field-realistic neonic exposure.   Moreover, USDA, StatCanada, and the UN Food and Agriculture Organization statistics confirm there is currently no “bee-pocalypse” threatening bee extinction–from pesticides or anything else.  In the U.S. and Europe, the number of bee colonies has been stable or slightly increasing since neonics became widely used in the mid- to late-1990s; in Canada and worldwide, the number of beehives has risen significantly.

With the “neonics are killing bees” argument failing to gain traction, anti-pesticide activists are shifting their arguments.  They’re now claiming that neonics don’t work very well anyway–that they’re ineffective in preventing and minimizing losses due to pest damage, and thus, in increasing yields.

The implication is that not much will be lost if neonics are banned. That’s where EPA’s finding comes in.  With it, EPA has lent credibility to the anti-pesticide activists’ bogus argument. But as is so often the case, the scientific community disputes EPA’s conclusions.  As Professor Angus Catchot of Mississippi State University pointed out, EPA neglected to ask “the people who generate data if they had pertinent data to include.”   EPA also failed to consult Dr. Gus Lorenz, Distinguished Professor of Entomology at the University of Arkansas, whose experiments first documented the efficacy of neonics in controlling an outbreak of grape collaspis, a root-attacking predator found in the subsoil that was destroying soybean crops in the mid-South in 2005-2007.

Likewise, regulators did not tap the extensive information about the value of neonics to U.S. and Canadian farmers being compiled by Dr. Pete Nowak of AgInfomatics and his largely University of Wisconsin-based team, among other potential reliable resources.  AgInformatics’ analysis of EPA’s findings concluded:

Related article:  Education, politics, religion may have no impact on our acceptance of GMOs

Neonicotinoid seed treatments provide convenience, safety improvements for workers, less disruption to beneficial insects (and less chance of secondary pest resurgence), and pesticide resistance management through less reliance on older broad-spectrum alternatives.  These and other values need to be integrated into the EPA assessment.

EPA was ignorant of, or chose to ignore, that in Mississippi alone, across 73 replicated trials between 2005 and 2014, neonic seed treatment produced an average 2.5 bushel per acre increase in soybean production relative to untreated fields, and that the value of this added output for Mississippi soy farmers over that decade was just shy of $205 million.  EPA also failed to take into consideration a meta-analysis of approximately 25 studies in the Entomological Society of America’s Arthropod Management Tests database encompassing roughly 190 site-years of test data, which reveals about a 3% yield improvement for soybeans utilizing neonics versus untreated fields.  In many parts of the U.S., that can be the difference between a farmer staying in business or going broke.

In addition, the AgInfomatics survey of 500 soy growers—the results of which EPA knew was coming but decided to ignore–revealed that neonic treatment is estimated to have an average value of $11.93 per acre for soy growers over their next best alternative.  Summed over the total neonic-treated soybean acreage, this yielded a total additional value to the industry of over $400 million in 2013 alone.

Similarly, EPA should have known that its “one-size-fits-all” conclusions are irrelevant for agriculture in a continent-sized nation like ours.  For example, EPA’s rather offhand suggestion that some neonic foliar sprays might be effective in certain contexts ignores the practicalities of farming–the value of a one-time seed-treatment that’s nearly certain to be effective against pests versus the cost and uncertainty of scouting for crop damage and then trying to control it with sprays.

Also, EPA completely ignores the fact that in some parts of the U.S., like the mid-South, pests attacking plant roots in the subsoil are a principal source of crop loss.  (This is especially important now that USDA’s Natural Resource Conservation Service is urging farmers to plant off-season cover crops that bring new and exotic pests into the subsoil in growing areas.)  Against these, foliar sprays are useless; only seed treatments are highly effective.

All this is vintage EPA: shoddy science; cherry-picked, often-unreliable sources of information; the disregard for real-world evidence, economic ramifications and farming practicalities; and potentially catastrophic decisions at the behest of environmental extremists.  For America’s farmers this situation should be a wake-up call–to mobilize and oppose policies that could snatch away another tool that is vital to U.S. agricultural productivity.