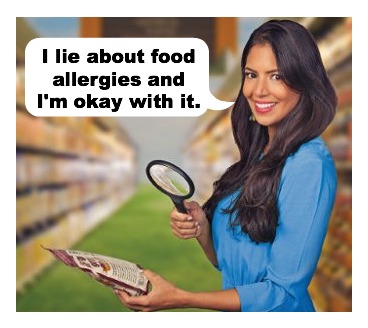 An interesting and revealing exchange with Vani Hari, the self-proclaimed Food Babe, began with an open letter published last week to the high priestess of chemo and GMO phobia by a group of students posting on the website Science Meets Food:

We would like to point out some examples of how your approach is not practical for achieving the goal of feeding a projected world population of 9.6 billion by the year 2050:

You preach organic and “non-GMO” eating as the only option for healthy living. There has been no substantial evidence proving organic products provide greater health outcomes than their conventional counterparts, and no credible study has shown that GMO crops, proven to be substantially equivalent to native crops, are deleterious to one’s health. Buying these usually higher-priced food items may be a possibility for you and others, but the majority of consumers do not have the means to purchase these products. These consumers need to know that organic/non-GMO food is not a necessary component of healthy eating, as scientific consensus has gathered thus far. An example of a more realistic, and impactful, message to spread is the importance of eating fruits, vegetables, and whole grains.

The battles you have picked thus far do not even begin to tackle the REAL issues challenging the future of food. You don’t need to change your opinions, but you could make more progress in your efforts by understanding and working with, not against, the scientific community and food industry.

Also see this Twitter post from someone who claims to be a former employee of Vani Hari, saying she is an admitted liar who twists the science for greed: 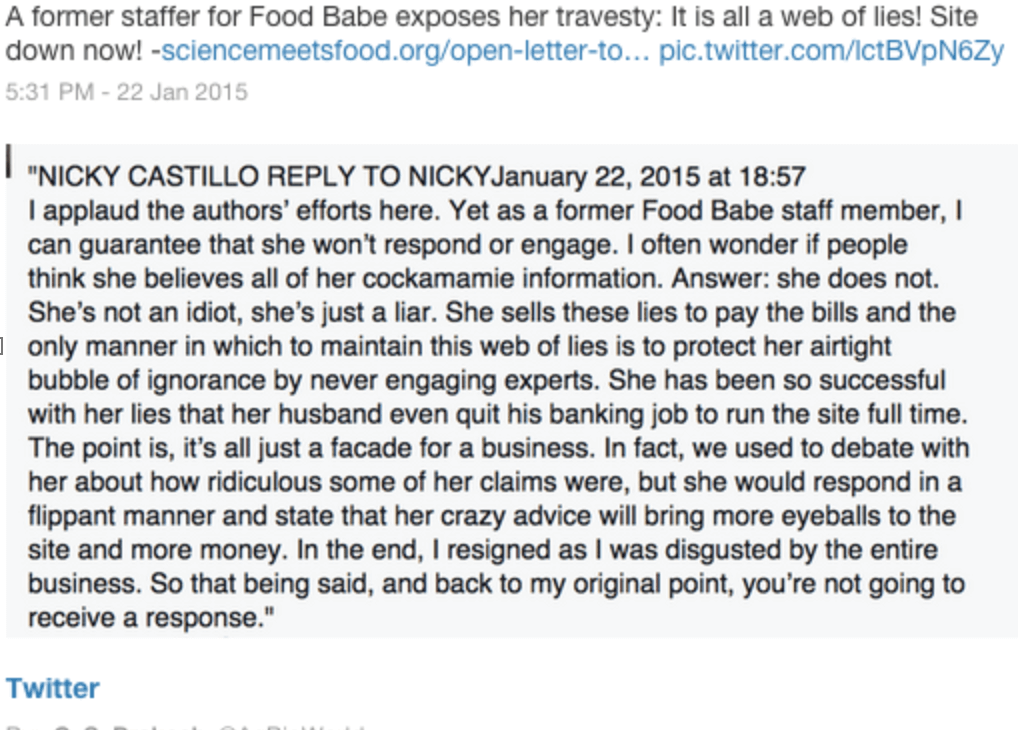 The”Nicky Castillo” Tweet prompted a slew of attacks on Vani Hari, then was followed up a few hours later but what appeared to be a clarification, which really amounted to a retraction. “Nicky Castillo” said the original post was meant to be satire:

What appears to be the Food Babe herself…or someone using her name…then went on to the GLP site, accusing the site of defaming her and demanding a retraction, prompting this exchange: 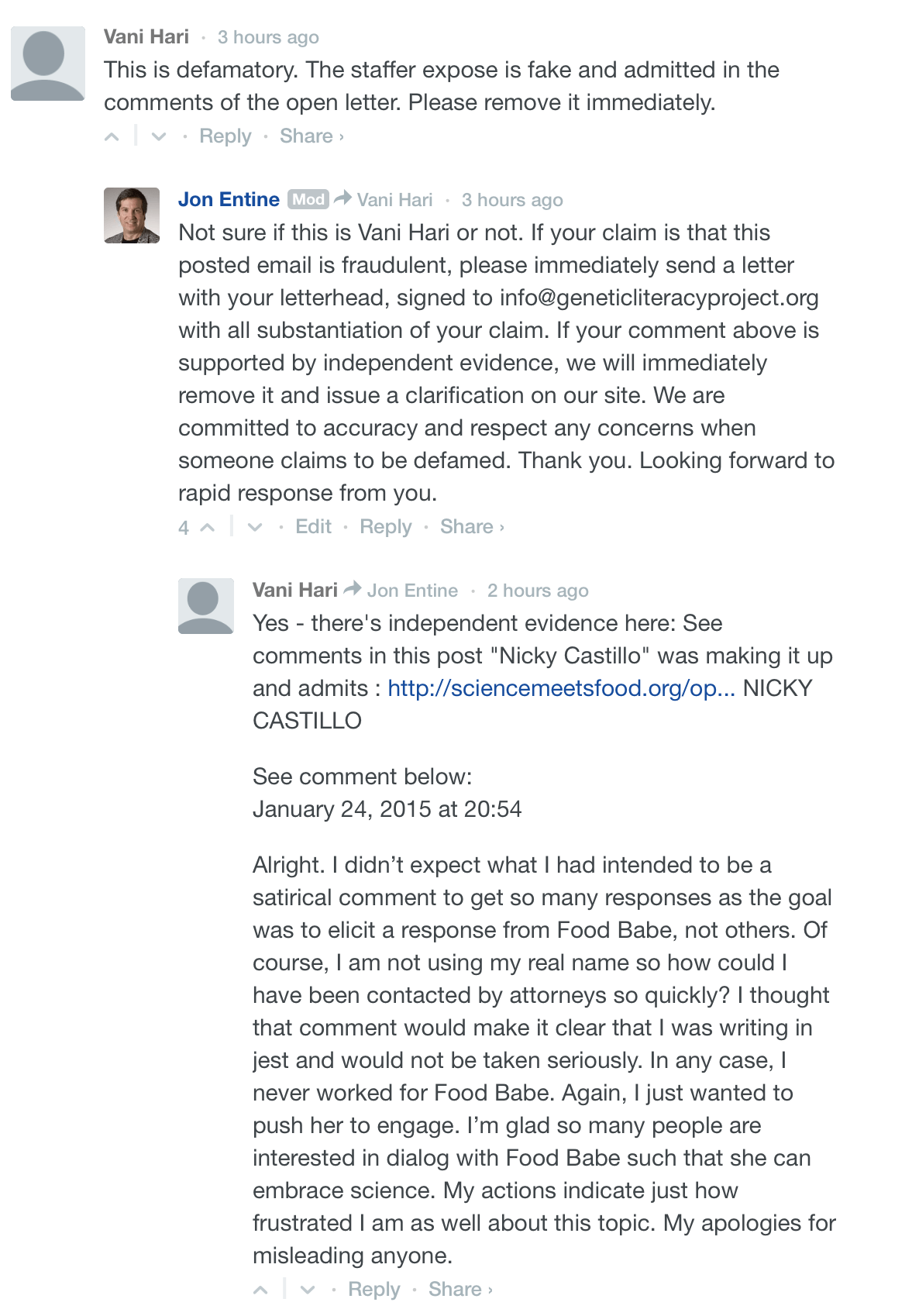 The GLP has yet to hear directly from Vani Hari, so the post remains up for now. Rather than cordially trying to resolve this through emails, Hari, or someone posing as her, then retaliated in the Food Babe’s famous velvet gloves fashion, going for the jugular–but also demanding that we do an interview. So we talked up what appeared to be her offer: 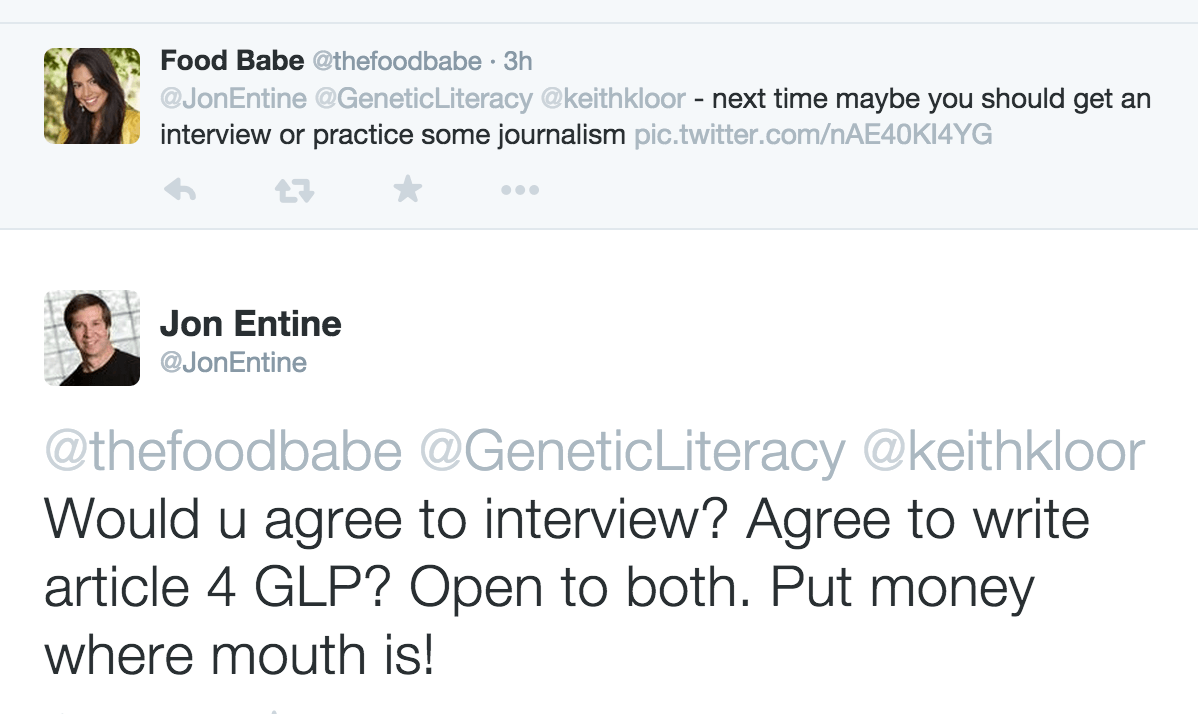 As of yet, no response from the Food Babe as to whether she would engage rationally on the subjects she professes to know so much about. The GLP has asked her an interview and written it will allow her to post her story/views on the GLP website, without edit.

Jon Entine, executive director of the Genetic Literacy Project, is a Senior Fellow at the World Food Center Institute for Food and Agricultural Literacy, University of California-Davis. Follow @JonEntine on Twitter