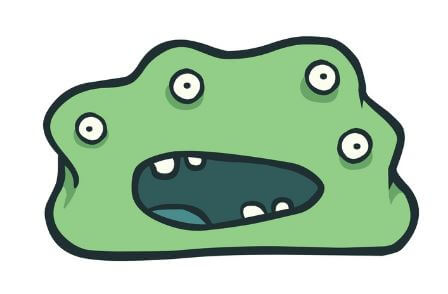 Radical environmental activists, aka the Green Blob, are more of a threat to the planet and its inhabitants than the technologies they oppose, according to Owen Paterson, the former U.K. environment minister.

In recent decades Europeans have suffered a series of threats to food safety that have raised public concerns.  The mishaps have resulted variously from shoddy animal husbandry practices (BSE, or “Mad Cow” disease), negligence (contamination of organic sprouts by pathogenic E. coli) and criminal enterprises (benzene in Perrier water, antifreeze in wines).

In the wake of such threats, European activists and politicians have embraced dogmatic safety regulations based on a postmodern concept called “the precautionary principle,” which dictates that governments should regulate actions that raise conjectural threats to human health or the environment, even if the probability or potential significance of harm is uncertain or negligible.

However, this formulation, which targets primarily new technologies and products, often fails to consider that the status quo is not risk-free and that excessive regulation imposes costs that can result in an actual increased risk if important innovations are delayed, abandoned, or never developed.

Owen Paterson, former U.K. Secretary of State for the Environment, Food and Rural Affairs, took on this contradiction at a conference on February 24 in Pretoria, South Africa, where he slammed Greenpeace and other European NGOs for condemning technological advances like genetic engineering, which he believes represents the future of agriculture and the well-being of the planet’s growing population:

The European retreat from science is often dressed up as the precautionary principle, which has the advantage of sounding ‘sciency,’ but is in fact neither science-based nor by any legitimate definition a ‘principle.’ It’s more like impulse, or reflex, as clichéd and inept when it comes to the serious work of regulation as saying ‘better safe than sorry.’ No one can really define it adequately. The best its advocates can do is say that if something could possibly cause harm, ban it.

In his remarks Paterson excoriated the “Green Blob”–his collective term for the NGO and government activists who use the precautionary principle to bedevil important new technologies. Tailoring his remarks to his audience, he warned that African nations must either reject the Green Blob’s ideology in favor of scientific consensus on agricultural biotechnology, or fail at providing food security for its share of the world’s impending multitude of 10 billion people.

Though they claim to be playing a righteous David against big agribusiness Goliath, radical environmental activists are anything but benevolent or constructive.  While the likelihood of significant harm from the kinds of agricultural biotechnology being contemplated is extremely unlikely, the risk of rejection of the technology is very real, and in fact is already with us.

Although the Green Blob embraces the precautionary principle to protect against negligible risks, it recklessly and cynically disregards the impending threat of worldwide hunger and malnutrition without modern technologies. As Paterson described the Blob last year, it is “the mutually supportive network of environmental pressure groups, renewable energy companies and some public officials who keep each other well supplied with lavish funds, scare stories and green tape.” In his Pretoria speech, Paterson stressed that it is “increasingly clear that it is focusing on the wrong issues and doing real harm while profiting handsomely.”

Paterson discussed several myths about genetic engineering promulgated by the Green Blob.  The first is that farmers are stupid and have been bamboozled into adopting the products of modern genetic engineering. Bamboozled? Hardly. The net economic benefit at the farm level in 2011 was $19.8 billion, equal to an average income premium of $329/acre. For the 16 year period 1996-2011, the global farm income gain was $98.2 billion. Of the total farm income benefit, 49% ($48 billion) was due to yield gains resulting from lower pest and weed pressure and improved genetics, with the balance arising from reductions in the cost of production.

Which farmers benefit from genetically engineered crops? About half (51%) of the 2011 farm income gains went to farmers in developing countries, 90% of whom are resource-poor, small operators. Cumulatively from 1996 to 2011, the benefits were again divided about equally between farmers in developing and developed countries. Subsistence farmers are gaining ground every year. The myth of the stupid farmer myth is not only inaccurate, but is also offensive to farmers who make calculated decisions about what most benefits their operations.

Paterson aptly concluded, “the supposedly dumb farmer of blob mythology is actually a lot smarter than the Green Blob itself.”

Paterson then took on the myth that “going organic will benefit the environment.”  What does organic even mean?  The designation “organic” is itself a completely synthetic construct of activists and bureaucrats that makes little sense. Moreover, organic standards are based on sets of principles and techniques that have nothing to do with the ultimate quality or composition of the final products.

What, then, is the purpose of organic standards?  “Let me be clear about one thing,” U.S. Secretary of Agriculture Dan Glickman said when organic certification was being considered in the United States, “the organic label is a marketing tool.  It is not a statement about food safety. Nor is ‘organic’ a value judgment about nutrition or quality.”

The benefits of genetic engineering–which have been demonstrated repeatedly and impressively worldwide–worry the organic agriculture industry, whose greatest fear is that the current gap between organic and conventional agriculture will widen, as modern technologies and products that are unavailable to organic farmers become ever more efficient and productive. Organic agriculture’s dirty little secret is that it is kept afloat only by massive subsidies and constant nurturing by a variety of government programs. Ultimately, the organic industry’s profits depend upon misleading advertising and on “black marketing” that unfairly disparages the competition.

The world’s largest organic producer cooperative, Organic Valley, began in Wisconsin, the second biggest organic farming state in the U.S. after California. Just one of many misrepresentations on Organic Valley’s website is that, “Genetically engineered crops are a relatively recent technology with potentially devastating impacts on ecosystems and human and animal health.”  Nonsense.  Crops engineered with modern molecular techniques have been around for 20 years, and after the cultivation worldwide of more than 3 billion acres of genetically engineered crops (by more than 17 million farmers in 30 countries) and the consumption of more than 3 trillion servings of food containing genetically engineered ingredients in North America alone, as Paterson reminded the audience they haven’t caused a single documented “sniffle or a tummy ache.”

Paterson went on to explain how the Blob has gotten their arguments  backwards.  The main culprits in mass food poisoning have often been mycotoxins, such as ergotamine from ergot or fumonisin from Fusarium species, resulting from the fungal contamination of unprocessed crops. This process is exacerbated when insects attack food crops, opening wounds in the plant that provide an opportunity for pathogen invasion.  The genetic engineering of plants to enhance their pest-resistance is a pragmatic and powerful preventative.  These crop plants are not only environmentally superior to conventional and organic offerings, but also offer a proven and practical means of tackling the fungal contamination at its source.  “Once again, the myth is turned on its head,” Paterson lamented, “it’s not [genetically engineered plants], but the anti-[genetic engineering] Green Blob that is the real danger to human health.”

When USDA tried to set standards for organic agricultural production in 1997, the original version was rejected by the organic enthusiasts largely because it would have permitted the use of organisms modified with modern genetic engineering techniques–quite sensibly, in the view of the scientific community.  In the end, modern genetic engineering, which employs highly precise and predictable techniques, was prohibited, while genetic modification with older, far less precise, less predictable and less effective techniques was waved through.

The arbitrary prohibition of modern genetic engineering in organic agriculture prevents organic farmers from taking advantage of beneficial traits in new varieties.  Foods made from plants improved with modern genetic engineering techniques do not constitute a meaningful “category” of food products.  They are neither less safe nor less “natural” than other common foods.  Humans have been engaging in “genetic modification” through selection and hybridization for millennia.  Breeders routinely use radiation or chemical mutagens on seeds to scramble a plant’s DNA and generate new traits.

A half-century of “wide cross” hybridizations, which involve the movement of genes from one species or genus to another, has given rise to plants–including everyday varieties of corn, oats, pumpkin, wheat, black currants, tomatoes, and potatoes–that do not and could not exist in nature. Indeed, with the exception of wild berries, wild game, wild mushrooms, and fish and shellfish, virtually everything in North American and European diets has been genetically improved in some way–including the foods that are classified as organic or heirloom.

The Blob has no coherent response to the conundrum that modern genetically engineered crops give higher yields with less insecticides and more efficient use of water and other resources than organic methods.  To drive home the implications of this point, Paterson summoned the wisdom of Norman Borlaug, the legendary “Father of the Green Revolution,” who said, “There are 6.6 billion people on the planet today, with organic farming we could only feed 4 billion of them.  Which two billion would volunteer to die?”  It’s safe to say the Blob won’t be at the front of the queue.

The final myth on Paterson’s non-comprehensive list was that genetic engineering benefits only farmers but not consumers. He offered numerous examples, including biofortification (plants that provide nutrients deficient in the diet), insulin from genetically engineered bacteria, and the safer and healthier “Innate” potatoes and non-browning genetically engineered apples recently approved by USDA.

The myths are far more numerous and pervasive than Paterson described in his Pretoria speech. The “Big Lie” is a broad umbrella of falsehoods–that food from GE crops is untested, unsafe, unwanted, and unneeded, for example. In fact, all genetically engineered crops are extensively tested for toxins, allergens, and nutritional value before being marketed; as a group, they are the most-tested (and most over-regulated) food products sold today. Conventionally bred crops and varieties, in contrast, undergo no similar systematic testing for safety or nutritional value.

Paterson was an exemplary environment minister and environmentalist: thoughtful, science-driven and intelligent, a far cry from the usual bureaucrats who represent and collude with the most radical elements in the environmental movement. But in politics no good deed goes unpunished, it seems, and in a July 2014 op-ed he made this stunning statement: “I received more death threats in a few months at [the Department for Environment, Food and Rural Affairs] than I ever did as secretary of state for Northern Ireland.  My home address was circulated worldwide with an incitement to trash it; I was burnt in effigy by Greenpeace as I was recovering from an operation to save my eyesight.”

Such unconscionable actions exemplify how far these environmental activists are from the image of earnest, benevolent, soil-on-their-boots tree-huggers they like to project. The Green Blob is the real menace to the planet and its inhabitants, and it is up to governments, industries, and consumers alike to reject it in favor of thoughtful, evidence-driven policies. That’s a tough row to hoe.

Kavin Senapathy works for a genomics and bioinformatics company in Madison, Wisconsin. Henry I. Miller, a physician and molecular biologist, is the Robert Wesson Fellow in Scientific Philosophy and Public Policy at Stanford University’s Hoover Institution.  He was the founding director of the FDA’s Office of Biotechnology.