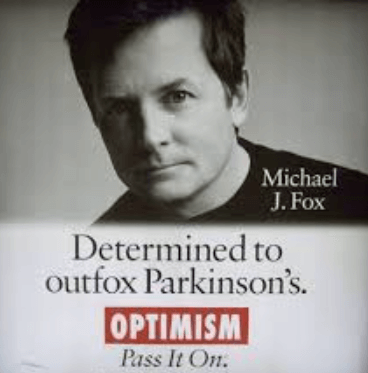 We’ve all watched with awe as actor Michael J Fox has struggled mightily, and publicly, with the terrible debilitating impact of Parkinson’s disease. He was diagnosed with the condition in 1991 when he was only 30 years old—unusually early onset for the disease—and announced it publicly in 1998. Fox has gamely continued to act in select roles and voicing characters while funding research and raising awareness of the disease through his foundation.

Fox has managed the symptoms of his disease with the drug combining carbidopa and levodopa, but the deterioration is progressive. Parkinson’s is marked by degeneration of motor function, such as trembling, unsteady walking gait and muscle rigidity or other loss of function. It was first documented in 175 AD and finally categorized as a definable medical issue in 1817 with James Parkinson’s authorship of a paper on the ‘shaking palsy.’ 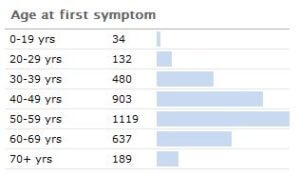 It has been estimated by the Parkinson’s disease foundation that the disease costs about $25 billion per year in the United States alone. About 1,000,000 people in the U.S. have Parkinson’s (with 50,000-60,000 newly-diagnosed cases per year). Its incidence jumps non continuously after about age 40.

Unfortunately for those affected, the treatments available usually have a relatively short effective duration – after which a sort-of ‘crest’ is passed where the disease progression outstrips the ability for current therapies to prevent further decline. Some new research is observing the effects of fetal cell injections in the brain of patients afflicted with Parkinson’s disease to see if there is reversal of the condition.

An international team led by Roger Barker at the University of Cambridge performed the fetal cell injection into a patient – a male in his 50s. It’s expected to take several years (around five) for this injection treatment to show benefit. Much of this has to do with the time it takes for the fetal brain cells to connect within the patient’s brain and augment neuronal systems that he has lost.

The first time this sort of transplantation of brain cells was performed was in the early 1980s. It was a broad-stroke attempt to treat a severe condition whose underlying pathology was largely not understood. Early trials run in Sweden and the U.S., but they were designed to end after two years. That turned out not be long enough. It appears that for the patients who had significant recovery, it took more than three years for the replacement cells to lead to noticeable effect. Because this was beyond the trial end date, and therefore the experiments were reported (erroneously in some cases) as ineffective.

There are other centers such as the NSCI trying to push this work forward. Barker and his team’s treatment with cell replacement therapy will give another observable trial to see how inserting dopamine neurons can treat the disease state, with the hope of measuring the impact over a longer time period.

There’s not a simple fix in just improving the dopamine-producing cells in the brain to resolve Parkinson’s disease. The etiology of the disease has an astounding number of biofeedback loops.There are a few causal mechanisms proposed for the disease. Essentially, the part of the brain region called the Substantia Nigra contains the black-pigmented dopamine-producing cells of the brain. Over the course of the disease, all of these cells in the Substantia Nigra are destroyed, and therefore an insufficient quantity of dopamine is produced. This is why the standard treatment for Parkinson’s disease has been supplemental dopamine in the form of the neurotransmitter precursor levodopa (L-DOPA, which is converted to dopamine in the brain) to provide the neurotransmitter feedback effect as part of the complex pathway described above. But the treatment efficacy wanes over time as the disease progresses, and there are potentially serious adverse effects with L-DOPA usage. 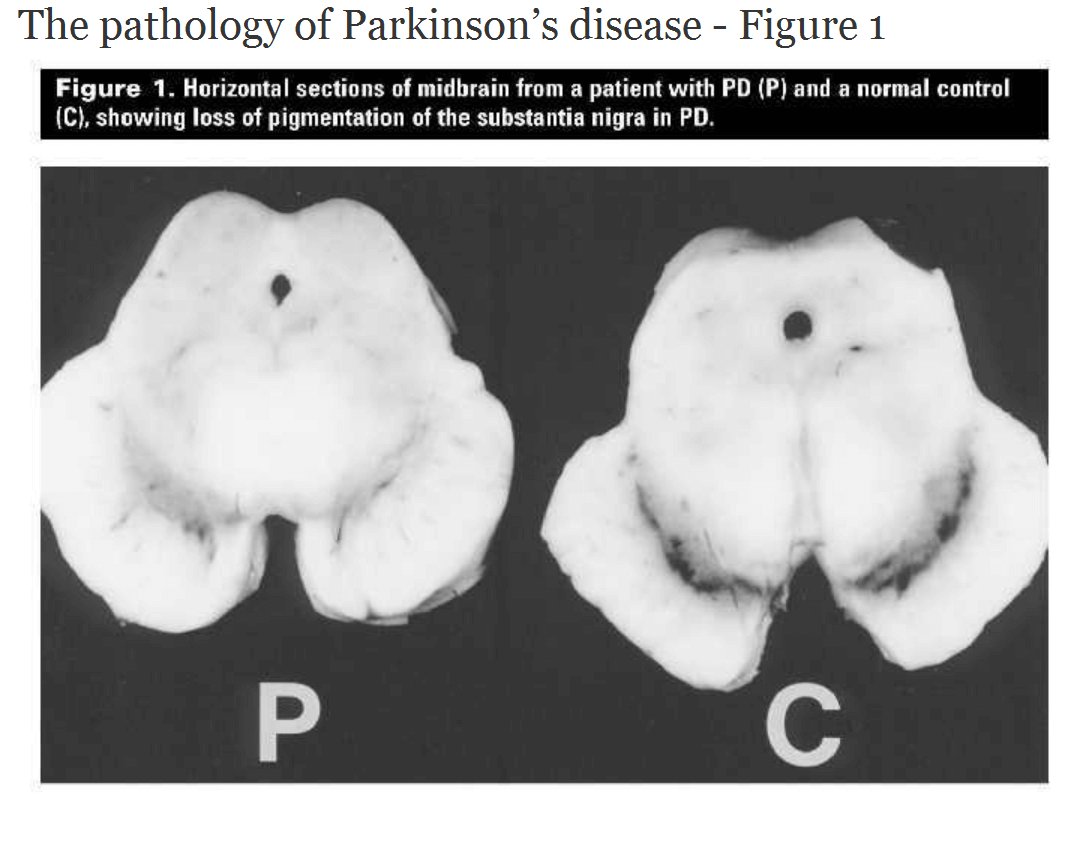 There’s also a feature in brain imaging associated with Parkinson’s disease, which are called Lewy bodies. They are comprised of a number of cellular factors, but the substance at the moment receiving most of the research attention within Lewy bodies is α-synuclein. When α-synuclein aggregates improperly, it forms fibrils (α-synuclein fibrils are the basis of the Lewy bodies, see image below). Fragments of α-synuclein are also associated with amyloid plaques in Alzheimer’s disease. 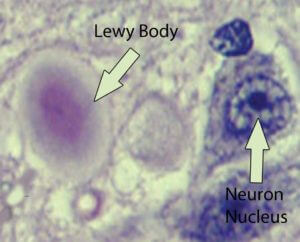 There are also other types of dementia symptoms associated with Lewy bodies that are not considered Alzheimer’s disease, and these are termed ‘Lewy body dementias.’ The mechanisms underlying the cause of the aggregation of α-synuclein are still not fully understood. In familial-associated Parkinson’s disease, there is a mutation in the gene which codes for α-synuclein. There are three genetic mutations that have been identified that correspond with the mis-aggregated synuclein (called synucleinopathies); these are A53T, A30P, and E46K. It is these mutations in some cases which may cause these fibrils (amyloid-like aggregations) to form.

Stem cells have been at the center of much buzz and controversy. From treating severe chronic conditions to ‘reversing’ aging skin, it seems there’s no end to the ‘miracles’ they can perform. Of course the truth is somewhat more moderate. At least as far as cosmetics are concerned, they don’t require premarket approval by the FDA, and so the long-term effects are largely unknown, and at this point underwhelming. Most of the marketing boils down to statements about ‘improved appearance’, and not actual proof about real effectiveness (which would require rigorous data for FDA approval).

As for the current Parkinson’s treatment, it uses fetal brain cells implanted to work within the patient’s brain to create feedback connections and produce dopamine. The next avenue for research and applicability in a larger number of patients would be using stem cells to create dopaminergic neurons. This is being explored by using embryonic stem cells as well as what are called induced pluripotent stem cells to make these neurons. These newer methods reduce some of the controversy around using stem cells for medical treatment. Currently, much of the pluripotency is derived by using viruses to regain the cells’ “stemness” by introducing stem cell factors.

But as with pioneering any new research, there is a balance of risk versus benefit; Along with the successes found so far in ‘de-differentiating’ cells back into stem cells, there is also an increased risk of cancer occurring in the altered cells. Continued research is looking into not using viral vectors to deliver the stem factors into cells, with the hope being that future developments will give this control over the cells and their ability to function in many different ways while at the same time not risking an increase in adverse events.

Ben Locwin, Ph.D., MBA, MS is a contributor to the Genetic Literacy Project and is an author of a wide variety of scientific articles for books and magazines. He is also a neuroscience researcher and consultant for a many industries including food and nutrition, pharmaceutical, psychological, and academic. Follow him at @BenLocwin.