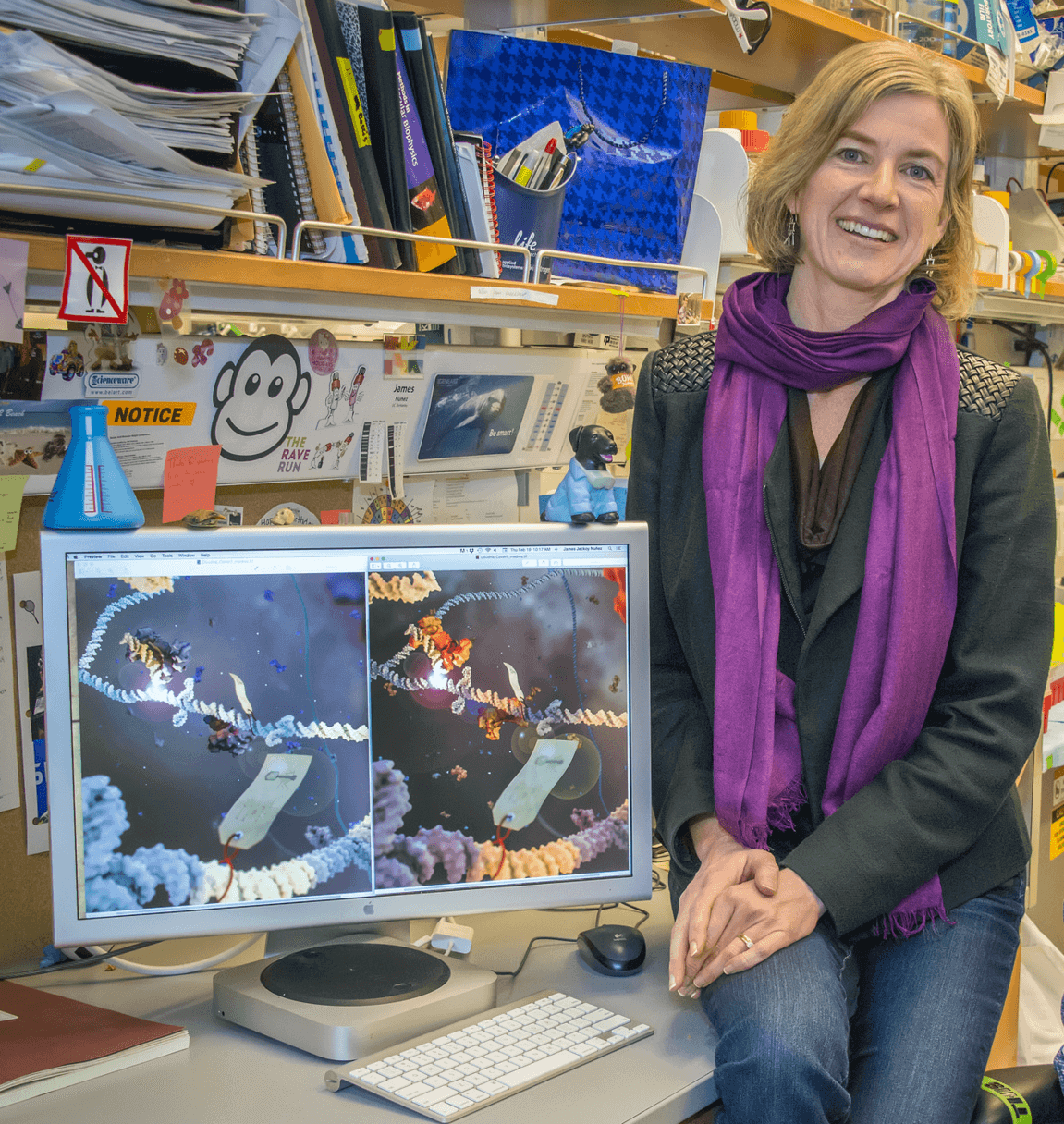 Only three years ago, scientists from the United States and Sweden invented a technology that is literally upending our view of the limits of biotechnology. It’s called CRISPR-Cas9. It’s akin to a biological word processing system that allows scientists to cut and paste DNA almost as easily as if they were editing a journal article.

CRISPR stands for Clustered Regularly Interspaced Short Palindromic Repeats, which describes a process in nature that scientists have harnessed to snip and splice sections of DNA. To do this, they use what’s known as a slicer enzyme called Cas9.

The technology, a key part of a revolution in what is known as synthetic biology and gene editing, is a huge improvement over existing techniques. It’s much more precise, targeted and far quicker than transgenics—the classic process of moving so-called “foreign” genes from one organism into another. The public, egged on by activist NGOs, have created the erroneous perception that transgenics involves crossing a “species barrier” that in fact does not really exist in nature, and therefore poses unique ecological and ethical risks. Those fears are now embodied in restrictive legislation around genetic engineering in food—GMOs.

Transgenesis has other limitations. It is fundamentally a process of gene addition that does not harness a plant’s native genetic repertoire to create whole suites of valuable traits. These concerns have conspired to limit the use of transgenesis for creating crops with agriculturally valuable traits to a few high-profit ones, such as cotton, soybean and corn.

Genome editing sidesteps many of these concerns and has emerged as an important means through which crop improvements that increase the food supply, improve health and are good for the environment can be made. The potential for creating genes that could produce metabolites, provide resistance to stresses, increase photosynthetic efficiency to attain higher yields and other beneficial improvements are almost endless.

However, it’s not clear how new crops varieties with precisely modified genomes will be regulated, as regulatory regimes did not anticipate this kind of simple precision. The US Department of Agriculture has said it is studying CRISPR/Cas9 and will make recommendations in the near future. But recent developments suggest that plants that lack a transgene may not fall under the USDA’s regulatory authority.

CRISPR technology presents more immediate challenges in other areas of genetics. “This discovery has triggered a veritable revolution as laboratories worldwide have begun to introduce or correct mutations in cells and organisms with a level of ease and efficiency not previously possible,” Jennifer Doudna, one of the scientists credited with harnessing the technology, wrote in an editorial published in JAMA in February.

CRISPR will certainly lead to the development of new drugs and open the door to genetic cures once seen as out of the reach of human intervention. Start-ups designed to exploit the technology are abounding. Douda herself has founded a company that recently struck a lucrative licensing deal with Novartis in a search for new drugs. But the technology has also opened the door for mischief.

In April, scientists in China reported carrying out the first experiment using CRISPR gene editing to alter the DNA of human embryos, potentially impacting the germline. Although the embryos were not viable and could not have developed into babies, the announcement ignited an outcry from scientists warning that such a step, crossed an ethical redline.

That announcement rang ethical alarm bells, and not just from precautionary-obsessed NGOs. A group of 18 prominent scientists and experts in law and ethics published a letter in Science calling for a moratorium on some uses of this technology.

“My colleagues and I felt that it was critical to initiate a public discussion of the appropriate use of this technology, and to call for a voluntary ban on human germline editing for clinical applications at the present time,” Douda wrote in an email to The Daily Beast.

“The paper was published in the center of a perfect storm,” Linzhao Cheng, a professor at Johns Hopkins University, told GENeS—the Genetic Expert News Service, an outreach project given seed funding by the Genetic Literacy Project. Cheng believes the outcry could lead to unnecessary restrictions on the CRISPR technology. “Many people are concerned that we shouldn’t be doing this, even in abnormal embryos that would arrested at the blastocyst stage [as was the case here] and otherwise would be discarded. If many people have deep concerns about doing it even in non-viable embryos then how will we ever find out whether using a normal embryo would be better or worse?”

Caution flags have also been raised about the use of CRISPR to modify wild insect and animal populations. Scientists have already used CRISPR to modify mosquitoes and the fruit fly Drosophila melanogaster in the laboratory, and have shown these changes could be spread to future generations. Unintended consequences could lead to ecosystem disruption, some scientists warn.

There are yellow warning lights ahead. The biggest one is that CRISPR could make off-target modifications in embryonic DNA and hence cause widespread damage to the genome, which could cause defects. CRISPR is so relatively simple to perform. But that does not make it foolproof. There is significant potential for these “off-target effects,” or mutations that may occur in other parts of the genome if the editing is not incredibly precise. That’s one reason why the ‘baby experiment’ was received so poorly.

“You would be insane and criminally reckless to make a baby this way without 15 to 20 years of testing and proof it was safe,” said Stanford law professor and ethics expert Henry Greely, one of the signees of the Science letter.

More controversial is the use of CRISPR in research in the human germline that does not “make babies”. Some, such as the authors of the Nature commentary on CRISPR technology, condemn even such in vitro research. Other scientists and bioethicists disagree, some vehemently. “[T]his study by Huang and co-authors was not conducted in any embryos that were ever going to be born, or indeed even had the potential to be born. While the study itself marks an important milestone, the reason it is truly extraordinary is the scientific community’s reaction to it,” wrote British biotethicists Chris Gyngell and Julian Savulescu in response to the criticism.

Far from being wrong, the research by Huang and colleagues is ethically imperative. Such research not only has the potential to provide permanent cures for genetic diseases, it also holds the potential to correct the genetic contribution to common diseases like diabetes. It even has the potential to give people the capacity to age better – some extremely people age well into 90s and 100s. Age-related disease alone kills around 30 million people per year.

The National Academy of Sciences (NAS) and its Institute of Medicine announced it will convene an international summit this fall to “explore the scientific, ethical, and policy issues associated with human gene-editing research.” In addition, NAS will appoint a multidisciplinary, international committee to study the scientific basis and the ethical, legal, and social implications of human gene editing.

Jon Entine is a Senior Fellow at the World Food Center Institute for Food and Agricultural Literacy, University of California-Davis. Follow @JonEntine on Twitter