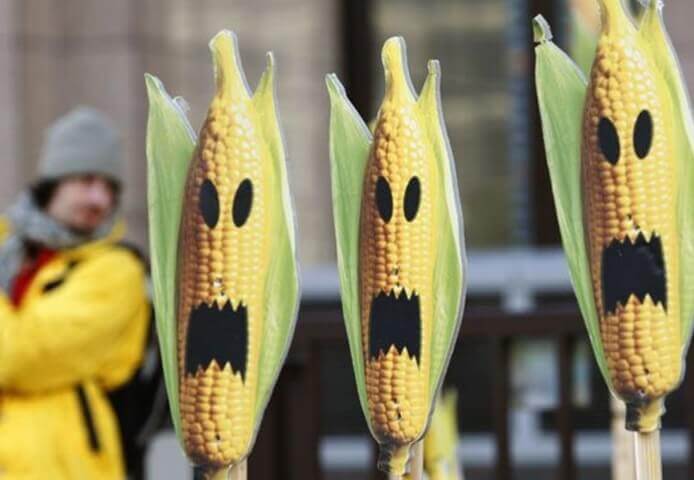 This third segment in the mini-series will look at the networks of highly-motivated campaigners manipulating policy and pushing the hazard-based approach for their own advantage. The series will conclude with six steps that farmers, scientists, innovators and the media can take to push back against the irrationalism that has gripped extremist elements in the environmental movement.

DOWNLOAD PDF
BROWSE SERIES
This is the third article in a three-part series on risk and hazard:
Part I: Risk, Hazard and the Precautionary Principle: Why Europe Gets Crop Biotechnology and Chemical Regulation So Wrong
Part II: Precautionary Politics: Europe Moves Backward into a Fear-Based ‘Dark Ages’ in Regulating Agriculture and Cancer Risks
Part III: In the Battle to Regulate GMOS, Gene Editing and Other New Breeding Techniques, Who Has ‘Hazard Blood’ on Their Hands?

The shift to a hazard-based approach (and the regulatory madness that ensued) did not just happen. It is the result of a strategic campaign to relentlessly isolate the scientists and risk managers following the risk crises of the 1990s. Today there are a number of groups who are benefitting from putting hazards and uncertainty management at the center of the regulatory process.

There is a network of highly-motivated campaigners who know how to manipulate policy. I regularly encounter many 9-to-5 activists in Brussels. They raise cancer fears during the day and then light up or pour their carcinogens in shot-glasses (liquor is considered the most dangerous Group 1 carcinogen by IARC) during the evening. Their main focus is attacking industry and what they claim are the excesses of capitalism.

So, the activists try to blackball glyphosate in Europe regardless of how it might hurt agriculture; they achieved a permanent EU ban on neonicotinoids even though there is no beepocalypse and the alternatives, such as organophosphates and pyrethrins, are carcinogenic to humans and animals and demonstrably harmful to beneficial insects, including pollinators. 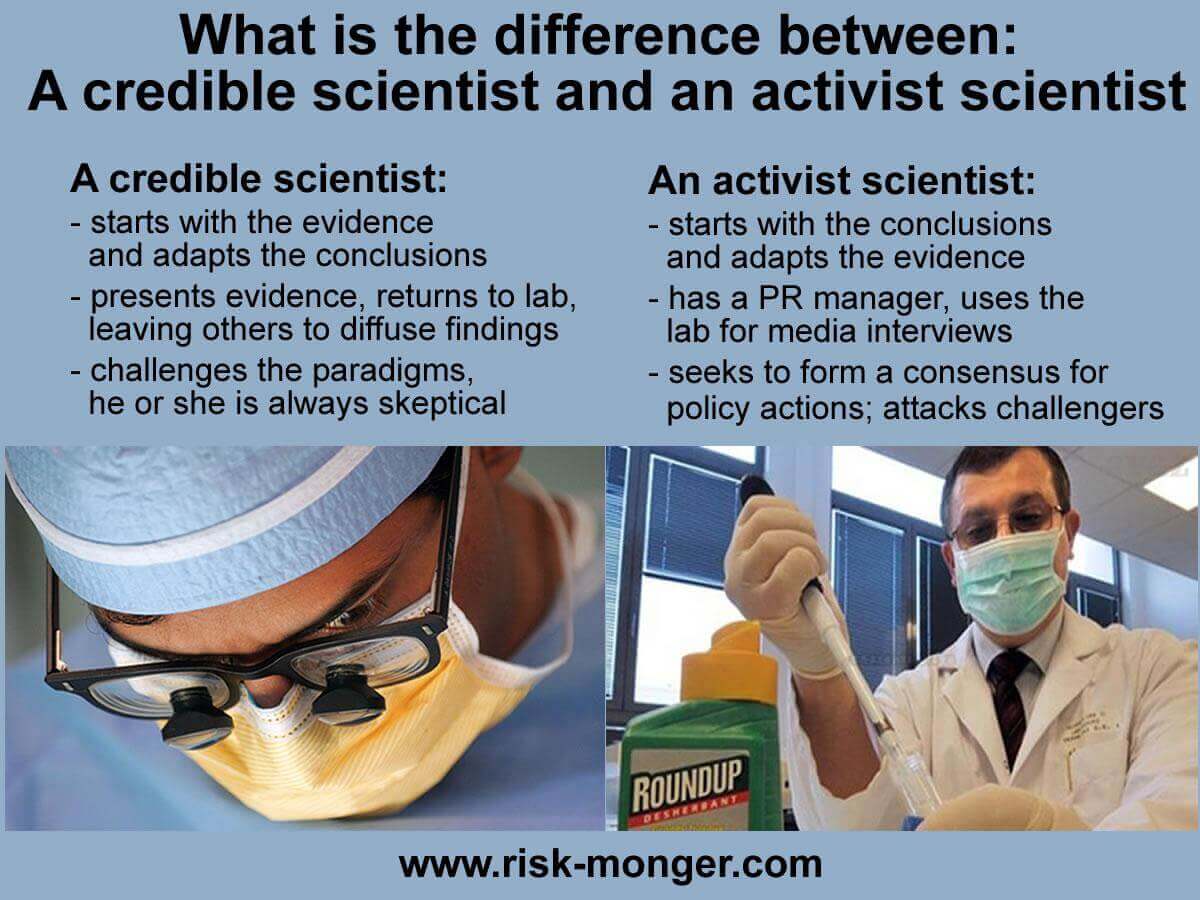 Let’s look at IARC. The scientists contracted to make assessments are educated enough to know the difference between a hazard assessment (what IARC does) and a risk assessment (what a scientific institution like the EFSA or the US EPA does). Still, IARC often characterizes what it is doing (initial screening assessments) as more important than what EFSA does.

The EU glyphosate debacle came about when IARC researchers argued that their monograph demonstrated a link between glyphosate and a form of cancer that was as credible as a risk assessment that assessed exposure levels. Then when ideologues at advocacy NGOs began using this monograph to attack industry and conventional farming, IARC actively encouraged it.

Policymaking in Brussels is in transition. The old guard is an expedient lot that prefers to avoid volatile issues. Precaution is an attractive tool as it appears as basically harmless (the public rarely see the loss of benefits and the regulators can be portrayed as caring and concerned). Then there is the younger generation, with diplomas in public policy, coming into the EU policy sphere as regulatory careerists. As generalists, they often don’t understand much science, and if they see a hazard, they have been lectured to that precaution is the perfect antidote.

The food industry has struggled with a wide spectrum of specialized diets, public awareness of nutritional risks and increased choices. The opportunity to create high-margin, niche markets like pure, natural or organic food is tempting. Groups from Cargill to General Mills are willing to suspend their scientific principles to pursue higher margins, with the extra costs often passed on to the less affluent vulnerable consumers. They have missed an opportunity to educate the public that conventional agriculture and the mainstream food supply is safe. In their hunger for profits, food manufacturers are creating the circumstances for an eventual ‘crisis of confidence’ about their products and an increase in global hunger.

In their hunger for profits, food manufacturers are creating the circumstances for an eventual ‘crisis of confidence’ about their products and an increase in global hunger.

The organic food lobby often markets its wares using lies. Although there are true believers, most are educated enough to know that basing food consumption decisions on the hazard-based approach is ridiculous. Yet they still exploit the controversy generated by the IARC glyphosate hazard assessment as a means to run fear campaigns to promote their self-interest.

When activist-scientists like David Goulson, Martin Pigeon and Christopher Portier are paid by their financial sponsors to spread fear and uncertainty, the truth is compromised. There is an enormous amount of money at stake, not just from inflated food prices imposed on vulnerable individuals, but also from the law firms seeking exorbitant litigation fees from industry lawsuits based on trumped up hazard-based cancer claims. When greed enters a room, integrity finds the exit and dubious tools like hazard-based decisions feel at home.

Taken together, the groups promoting the hazard-based approach are small in number, but very vocal. The consumer sees these different interest groups each taking their swings at agro-technology and concludes there must be a problem. Trust is lost, and fear is amplified. The public credulously reads well-shared memes and blogs showing how “the UN” has declared glyphosate a carcinogen and do not understand the difference between a hazard assessment and a risk assessment. When activist groups run campaigns and fund poor quality studies, how could a consumer know what data are or are not valid?

Most Americans have not fallen in mass numbers for the anti-biotechnology hazard campaigns driven by similar interest groups. Why not? Americans have their own self-promoting gurus and NGOs profiting from this deception, in particular a faction of opportunists in the organic and natural products industries. Challenging those lobby groups, however, farmers in the US have a clearer and more prominent voice in the political process in Washington with enough states electing Congressmen who actually visit farms.

In contrast, in Brussels, agricultural tools from pesticides to GMOs are regulated by the Health Directorate-General (DG Ag has no voice in the process and farmers are not consulted). When important agricultural tools are considered only on the basis of risks to public health, with little consideration of the broad benefits to consumers and farmers, it is easy to default to the hazard-based mindset. But it is not too late to stop the madness.

When important agricultural tools are considered only on the basis of risks to public health, with little consideration of the broad benefits to consumers and farmers, it is easy to default to the hazard-based mindset. But it is not too late to stop the madness.

What can scientists and farmers do?

As the “What-iffers” continue to push their strategy, the consequences on the global food supply, public health and biodiversity escalate. It is time for the silent but sensible European majority to wake-up. Here are some simple steps to make that happen:

Lastly, people are not stupid, but they are often poorly informed. NGOs trying to push ideological policies through the system need to be shown up as the opportunistic zealots they are. Rather than representing the vulnerable, they often exploit them.

These “What-iffers” are the greatest hazard to European society and limiting exposure to them is imperative.

Even a seven-year-old knows that!

David Zaruk is an environmental-health risk governance analyst and a professor at Odisee University College. He sits on various research ethics panels and frequently serves as a chair, expert, rapporteur, adviser or evaluator for European-funded research projects. Until 2006, David worked twelve years in chemicals issue management for Solvay, Cefic and Burson-Marsteller. In 2001, he was one of the founders of GreenFacts, a science-based risk communications tool for non-specialists. He writes a blog under the pseudonym The Risk-Monger, assessing the European use of evidence in environmental-health policy management.

The Genetic Literacy Project is a 501(c)(3) non profit dedicated to helping the public, journalists, policy makers and scientists better communicate the advances and the technological, ethical and religious challenges ushered in by the biotechnology and genetics revolution, including CRISPR gene editing, in biomedicine and agriculture. 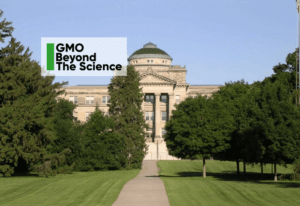 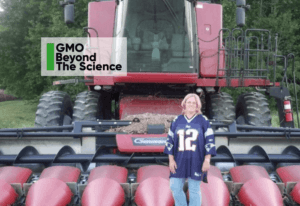 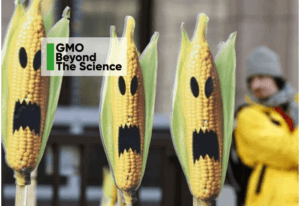 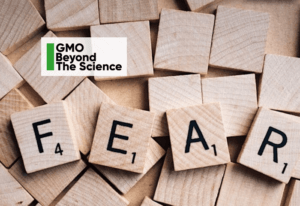 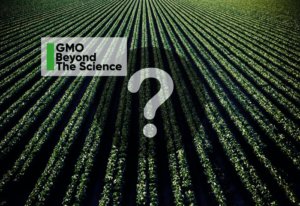 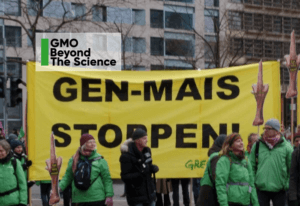 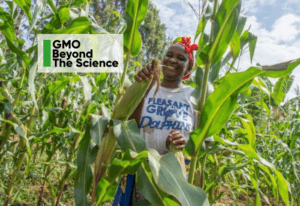 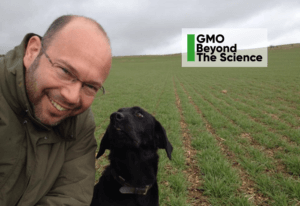 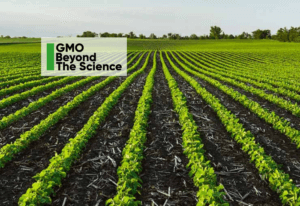 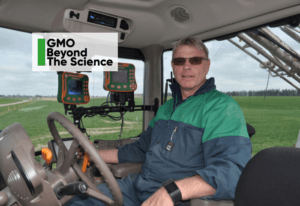 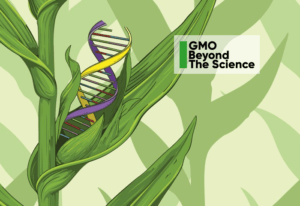 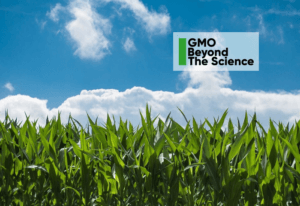