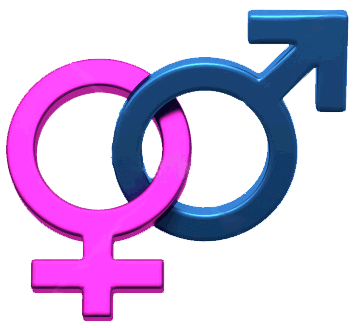 The difficulty in discussing what everyone intuitively knows—males and females are genetically programmed to respond differently, emotionally and intellectually, to different stimuli—was on sharp display in recent days in a raging debate over political voting preferences.

Let’s begin, though, with the required PC disclaimer: While behavioral geneticists recognize that male and female hormones shape brain structure and therefore responses, no one is downplaying the powerful and usually decisive role of personal factors and the environment. We are products of both our genes and the world around us, but total “free will” is as much an illusion as is genetic determinism. The issue here is not that genes “control” behavior but the obvious fact that we are influenced, sometimes decisively, by our moods and they are often shaped by our hormones.

The brouhaha began on October 24, when CNN posted a story by Elizabeth Landau titled “Study looks at voting and hormones.” Although CNN has removed it from its web pages—we’ll get to that in a moment—it remains posted in numerous places.

The first line was provocative: “While the campaigns eagerly pursue female voters , there’s something that may raise the chances for both presidential candidates that’s totally out of their control: women’s ovulation cycles.” Adding: “New research suggests that hormones may influence female voting choices differently, depending on whether a woman is single or in a committed relationship.”

As Pacific Standard notes in an excellent article posted to the GLP, left-leaning social media land exploded in horror and the concept was immediately decried as sexist. But as any male or female scientist familiar with the research in this field would say, that’s a knee jerk reaction and wrongheaded. Males and females do respond and act differently to environmental cures, and genetically influenced hormones are a major contributing factor to this.

Tom Jacobs article in the Pacific Standard covered the issue intelligently. It was one of the few stories that actually discussed the science in play here. The yet-to-be-published paper is by Kristina Durante, a social psychologist at the University of Texas at San Antonio. Durante, as feminist a scientist as there is, has built an impressive reputation for fearless, fascinating research and impressively documented research. Previous studies focused on how a scarcity of men impacts women’s career choices and on the unfortunate tendency of some women to “attribute attractive qualities to sexually desirable men” around the time of ovulation.

Here’s a long quote from the actual study, now censored by CNN:

That dispassionate analysis was apparently too suggestive—perhaps, as Jacobs suggests, over fears that “misogynists [would] distort Durante’s findings and use them as an example of why men are the rightful rulers of the world.”

“CNN should be embarrassed for even asking whether hormones drive women’s votes, much less publishing a post about it,” MSNBC’s Jamil Smith tweeted in response. Kat Stoeffel of New York Magazine asked, “What if there’s an accident at the hormone factory and we wind up electing Michael Fassbender and doing unspeakable things to Medicaid?”

To “rebut” the science study, an über-PC Daily Kos writer sought “insight” from a feminist sociologist who by definition rejects science as post-modernist gibberish socially constructed by sexist males. “There is absolutely no reason to expect that women’s hormones affect how they vote any more than there is a reason to suggest that variations in testosterone levels are responsible for variations in the debate performances of Obama and Romney,” wrote Susan Carroll, professor of political science and women’s and gender studies at Rutgers University, in an e-mail to the Daily Kos.

Uhmmm….except that scientists do believe that testosterone levels may play a role in everything from debate performances to voting preferences to how aggressive one is in sports to how good a guy is in bed. It’s called “nature” and “science” and there are literally thousands of studies linking hormones to behavior. Should the influence of hormones on human behavior be ruled off limits because it makes a few female reporters edgy?

CNN quickly buckled, pulling the article. “After further review it was determined that some elements of the story did not meet the editorial standards of CNN,” the network wrote in a blog post.

I guess those standards don’t include “fidelity to science” and “commitment to constructive debate.” Mind you this issue is fiercely discussed, argued and largely agreed upon in the salons of the very same chattering classes that pushed for censorship. And while we pulled the plug on the debate, thoughtful people throughout Europe and indeed in almost every modestly educated country in the world find discussing the science of human differences perfectly reasonable subject matter.

Wonder why we have a science literacy crisis in the United States?