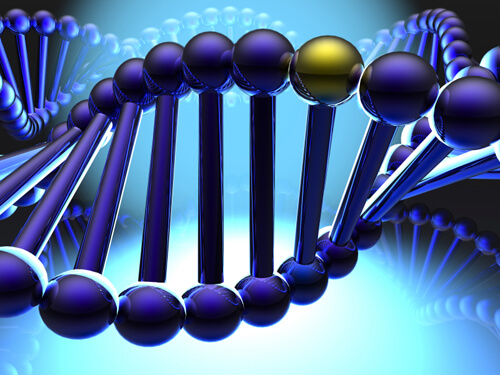 The prospect of using gene therapy to treat diseases—particularly inherited diseases, such as sickle cell anemia and cystic fibrosis that involve one errant gene—has tantalized scientists for decades. It has a simple premise. If there is a problem with part of a patient’s genetic code then alter the code. However, the field has been plagued with problems. Patients have developed leukemia and in one trial in the United States a teenager died. In Europe and the US, the therapies are currently used only in research labs. Now that’s about to change, which raises a host of intriguing medical, financial and ethical issues.

The European Commission has given Netherlands-based uniQure marketing authorization for Glybera, its treatment of lipoprotein lipase deficiency (LPLD), which is a very rare inherited condition that is associated with increased levels of chylomicrons (particles carrying certain fat in the blood). The authorization means the gene therapy can be sold throughout the European Union.

The aim of gene therapy is to correct genetic errors that lead to malfunctioning or even absent proteins, which are at the root of many diseases. One in a million people have damaged copies of a gene, which is essential for breaking down fats. Fat builds up in the blood of those with the default leading to abdominal pain and life-threatening inflammation of the pancreas (pancreatitis). Until now, the only way to manage the condition was through a very low-fat diet. Glybera, administered via a one-time series of small intramuscular injections in the legs, introduces a normal, healthy LPL gene into the body so that it can make functional LPL protein.

Gene therapy has been around since the 1970s, but with only spotty success. Theodore Friedmann and Richard Roblin promoted the concept in 1972, although they concluded that it was premature to begin gene therapy studies in humans because of lack of basic knowledge of genetic regulation and of genetic diseases, and for ethical reasons.

Gene therapy research suffered an almost crippling blow in 1999 after 18-year-old Jesse Gelsinger, who suffered from an inherited liver disease, died of multiple organ failure while participating in an experiment at the University of Pennsylvania. As Smithsonian Magazine has reported, “News of the death prompted an uproar in the scientific community and hearings in Congress, with the teenager’s father, Paul Gelsinger, and others accusing the Penn researchers of being too hasty to test the treatment in people. According to the Food and Drug Administration, the researchers had not sufficiently warned Gelsinger and his family of the experiment’s risks. The lead researcher had also failed to disclose that he had a financial stake in a company that stood to gain if the treatment succeeded.”

“Those were the terrible days. The field bottomed out,” Smithsonian quoted Leon Rosenberg, a Princeton University human geneticist, who performed early lab studies on the liver disease that Gelsinger had, as saying. “The integrity of science was damaged tremendously.”

After that incident, gene therapy moved back into the shadows. However, between 2003 and 2012, researchers quietly developed more advanced gene therapy technologies and conducted clinical studies while entrepreneurs, like Glybera, built specialty companies to commercialize this research. The question now being asked: Does this approval signal a new and more high profile role for gene therapy?

Biopharmconsortium Blog discusses that possibility in an informative post. It appears the jury is still out. Jörn Aldag, the CEO of uniQure, is quoted as saying that “just like antibodies, gene therapy will one day be a mainstay in clinical practice” and will stretch “far beyond rare diseases.”

However, others are not so sure that the approval of Glybera will usher in a new era of gene therapy, at least not in the near future. Writing in Nature, Fulvio Mavilio, scientific director of Genethon (Evry, France), which is a non-profit center for development of gene therapies, does not believe that a large number of patients will be treated with gene therapies in the near future mainly because of restrictive regulations that grew out of prior disappointments. That creates financial uncertainty, he says, which presents a major challenge to gene therapy developers.

One of the more promising developments is the innovative technique developed by Cambridge, MA based bluebird bio to treat a rare, inherited neurological disorder known as childhood cerebral adrenoleukodystrophy (ALD). It affects one in every 21,000 boys worldwide and was featured in the 1992 movie Lorenzo’s Oil. That’s a much larger market than the therapy now approved for Glybera meaning that it is closer to the sweet spot targeted by biotechs and BigPharma and thus is far more likely to attract risk capital. It also uses a cellular approach that may enable it to circumvent many of the pitfalls of gene therapy.