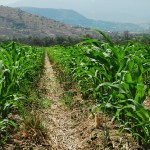 Big Organics is accelerating its attacks on the just released USDA Advisory Committee on Biotechnology and 21st Century report, “Enchancing Coexistence,” that encourages the coexistence of transgenic (genetically modified) and organic crops.

The USDA panel concluded that the agency should consider launching a crop insurance pilot program for farmers to protect them in case they are harmed by cross-pollination from crops. If the USDA decides a compensation mechanism is needed, the report said it should be based on the model of existing crop insurance.

The goal, the panel wrote, would be to encourage farmers using biotech seeds to work cooperatively with neighboring conventional and organic growers. “It is important that every American farmer is encouraged to show respect for their neighbor’s ability to make different choices,” the report reads.

The panel was split over whether cross-pollination poses a genuine threat. “Members recognize that there are unintended (genetically engineered) materials found in commercial products, but differ in their assessment of the significance of unintended presence, the severity of economic harm and whether such occurrences are increasing, decreasing or remaining the same,” the report said.

Genetically engineered crops, introduced in the United States in 1996, now make up the majority of domestically produced corn and soybeans produced. But many farmers prefer not to grow them and non-GMO crops and often sell for a premium in certain markets in the US and elsewhere.

The organics lobby led by the National Organics Coalition and the Center for Food Safety condemned the report, claiming it encouraged genetic engineering, which they claim harms the environment and poses health hazards They said the recommendations would be costly.

“Of particular concern in the report is the recommendation that organic and non-GE conventional farmers pay to self-insure themselves against unwanted GE contamination read a statement issued by the National Organic Coalition. “This proposal allows USDA and the agricultural biotechnology industry to abdicate responsibility for preventing GE contamination while making the victims of GE pollution pay for damages resulting from transgenic contamination.”

Organic and some conventional farmers critical of biotech crops claim that Monsanto or other corporations that produce genetically modified seeds could sue farmers for patent infringement if GM seeds drifted onto their farms. The committee “failed to make a single recommendation holding the patent holders of genetic engineering technologies responsible and liable for damages” caused by biotech seed use,” the NOC claims.

Isaura Andaluz, executive director of agricultural nonprofit Cuatro Puertas,“ wrote a dissent, which was attached to the report. “Any farmer/seed grower contaminated will not want to disclose the contamination because they are illegally in possession of a patented material and could be subject to legal action for theft of intellectual property. The committee refused to ever recognize this fact,” she noted.

In fact, there is no case on record in which a farmer has been sued when there has been unintended cross-pollination. The committee reviewed Andaluz’s hypothetical and concluded there is no legal basis for believing such suits would or could be filed.

Crop insurance is central to America’s farm policy but a challenge for some organic famers. At $8 billion, it’s the largest part of the farm bill budget that actually has to do with farms (food stamps are even a larger part of the annual farm bill. Organic insurance plans almost universally impose a 5 percent surcharge to account for greater losses supposedly faced by organic farmers although the evidence is mixed as to whether their crops pose a higher actuarial risk. Many smaller farmers do not carry crop insurance because of the added burden of costs it imposes, sometimes depending on community-supported agriculture groups to spread risk. It’s not clear how these new recommendations might change current practices.

The committee was comprised of 23 individuals from 16 states and the District of Columbia, representing academia, the American Farm Bureau, corn, wheat and soybean industry organizations, the organic industry, grain companies and others.

In contrast with organic lobbyists who were sharply critical of the report, the broader agricultural community, even those cautious about transgenic crops, were generally supportive.

“This issue will only increase as new biotech products come to market so it is essential that the federal government step up now and establish strong policies that ensure coexistence measures are carried out by farmers, seed companies, and others who move food from the farm to the consumer’s table,” said Greg Jaffe, a committee member and director of the Biotechnology Project at the Center for Science in the Public Interest, a Washington-based non-profit.

Agriculture Secretary Tom Vilsack said the USDA would review the recommendations, which he said supports “all segments of agriculture.”

Jon Entine, Executive director of the Genetic Literacy Project, is senior fellow at the Center for Health & Risk Communication at George Mason University, and at STATS.