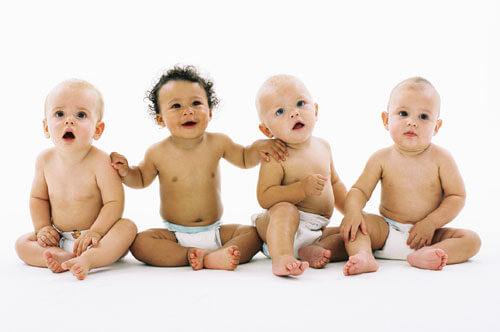 The chromosomal microarray analysis, outlined last week in three papers published in the New England Journal of Medicine, is a test that finds small amounts of genetic material that traditional karyotyping—which has been the gold standard for 60 years—cannot detect.

According to Ronald Wapner, MD, the Director of the Division of Maternal Fetal Medicine at Columbia University and co-author of 2 of 3 papers, the advanced screening technique doesn’t look at chromosomes but at smaller pieces of DNA.

The gene tests found abnormalities in the cells of 6 percent of fetuses declared normal by conventional chromosomal evaluation, according to the study of 4,400 pregnant women. Physicians and scientists will now be able to spot abnormalities that more traditional tests often miss, such as DiGeorge syndrome, a genetically-linked heart defect. It could also help prevent many common conditions, including autism, developmental delay, intellectual disability and stillbirth.

Genetic abnormalities have been associated with 6 to 13% of stillbirths, but the true prevalence may be even higher. One of every 160 births in the United States is a stillbirth, and parents and doctors often don’t know why the babies didn’t survive.

Women will still have to undergo amniocentesis, a procedure generally done between the 15th and 18th weeks of pregnancy in which a needle is inserted into the placenta to obtain cell samples. The chromosomal microarrays are scanned with gene chips rather than examined under a microscope. Ricki Lewis, a geneticist who blogs for Scientific American, draws from her own experience to explain how the procedures differ.

Although some clinicians have already made the switch to microarray for prenatal genetic testing, and the advanced screening technique is welcomed by most physicians, it stirs caution and even concerns in some circles. For example, not all the abnormalities identified will lead to a clinical illness, which could confuse patients if they are not properly counseled, although that’s true of karyotyping as well.

“When we do a microarray, we have to ask, ‘If you have a finding of unknown significance, do you want us to tell you?’” Wapner told Time’s Bonnie Rochman.

“It’s a great promising new technology, but the clinical application really needs some careful evaluation” because of any potential ethical issues, Dr. Nancy Rose, chair of the American College of Obstetricians and Gynecologists’ committee on genetics, told CNN. She acknowledged, “It’s a great test for patients who have a pregnancy loss … and it’s superior to detect genetic changes in fetuses that have birth defects.”

Ethics organizations and social scientists are usually slow adaptors to new technology, and that’s the case when it comes to gene screenings. Just last week, NPR ran a story about the anxiety over a related screening procedure, whole genome sequencing for new babies and prenatally.

“In theory it sounds absolutely fantastic,” the article quotes sociologist Stefan Timmermans, who studies newborn screening at UCLA. “The reality is that there’s a lot of uncertainty about each of the data points you receive. So if people start making health decisions or life-or-death decisions based on information that is so tenuous at this point, I think this could indeed be a nightmare scenario.”

That’s a red herring of course. If the information is available, most people will demand it. The challenge then is appropriate counseling, not censorship or limiting the availability of an advanced screening technique.

Jon Entine, senior fellow at the Center for Health & Risk Communication, is executive director of the Genetic Literacy Project.