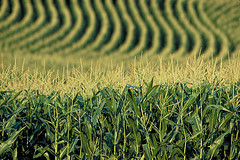 “Big business hustling in of one the world’s most sacred things: our food supply,” Greenpeace warned in the release. The Philippines, it said, was the next ‘target.’

The Chinese press, which rivals Rupert Murdoch for sensationalism, jumped on the story, embellishing even the gross exaggerations of the original story. Reporters played the anti-American card, claiming that researchers at Tufts University in Boston, with the approval of the US Department of Agriculture, had conspired with Chinese scientists to carry out a secretive and unauthorized experiment to feed “potentially dangerous” modified rice to as many as 80 rural children, ages 6-8, in Hunan. The Chinese blogosphere, including Weibo, China’s version of Twitter, lit up with outrage.

Although no children were harmed—in fact they benefitted from eating vitamin-enhanced rice—this story has an unhappy ending. And it’s not because American or Chinese researchers “experimented” on children, as one of the world’s most anti-science NGOs (non-governmental agencies) claims. Chinese officials, in a panic fanned by its own media, decided last week to fire three officials from the Chinese Center for Disease Control and Prevention and the Zhejiang Academy of Medical Sciences, which had coordinated the project and had been named in the Greenpeace report.

So-called Golden Rice—the genetically modified, vitamin A-enhanced version of white rice—has been in development for more than a decade. It is a dramatic improvement over the world’s most popular staple. In 1999, Swiss and German scientists used “open source” technology to develop Golden Rice, the first major genetically enhanced food in the new generation of bio-engineered grains, fruits, and vegetables that consumers actually eat directly.

The new rice variety was produced by splicing two genes (one from the daffodil, which gives the rice its golden color, and one from a bacterium that helps the process along) into white rice so it produces beta-carotene, which the body can convert to Vitamin A. Newer varieties have been tweaked to add iron, and to help the body more readily absorb the iron already in white rice.

According to the United Nations, more than half the world is vitamin deficient. White rice represents 72 percent of the diet for the people of Bangladesh and nearly as much in Laos and Indonesia; more than 40 percent in the Philippines, Madagascar and Sierra Leone; around 40 percent in Guyana and Suriname. Although white rice is a filling food and can be grown in abundance, it has a major drawback: it lacks Vitamin A.

Vitamin A deficiency (VAD) weakens the immune system, increasing the risk of infections such as measles and malaria. Severe deficiencies can lead to corneal ulcers or blindness. It especially targets children and pregnant women. The World Health Organization notes there are more than 100 million VAD children around the world. Some 250,000 to 500,000 of these children become blind every year, with 50 percent of them dying. In Asia and Africa, nearly 600,000 vitamin A-deficient women die from childbirth-related causes.

The Bill and Melinda Gates Foundation has taken a lead role in collaboration with the International Rice Research Institute in the Philippines, to bring Golden Rice to market. Field trials are now underway in the Philippines and Bangladesh with the hope of introducing it to the market by 2015. Helen Keller International, a leading global health organization that reduces blindness and prevents malnutrition worldwide, joined the Golden Rice project to further develop and evaluate Golden Rice

Greenpeace and like-minded groups argue that tinkering with the genome of food or crops will unleash a genetic Godzilla that threatens the future of mankind. This is not hyperbole. They claim that Trojan-horse genes not subject to checks and balances in nature could be “released” into the environment causing untold havoc, and could physically harm children, as it said in its August news release.

Which is total hogwash.

Greenpeace’s “investigation” amounted to reading an August article in The American Journal of Clinical Nutrition, which published a summary of the four year old study by the joint Chinese-American team, which has been publically discussing the project for years. The Hunan trial was meant to determine whether a small bowl a day of the modified rice could effectively deliver enough Vitamin A and other nutrients to make a difference—and by all measures, according to the article, it was enormously successful—which was apparently enough of a reason to send Greenpeace’s disinformation campaign into over-drive.

“Food insecurity is brought about by lack of enough land, by decreasing rice production and decreasing incomes,” said one Golden Rice opponent. “Only through a genuine land reform which ensures farmers’ access to sufficient rice and other food sources will farmers start to become healthy again.”

Greenpeace is campaigning vigorously to block Golden Rice trials throughout Southeast Asia, instead promoting vitamin pills, organic gardening and political empowerment rather than readily available food—which of course does little for children going to bed hungry and malnourished each night.

Four years after the end of the trial, no health problems have been reported. Nonetheless, to quell the outcry, local government officials last week paid each of 25 families, whose children were in the study 80,000 Yuan ($12,800). According to China Daily, parents claim they were told their children were eating nutritionally enhanced rice but it was not specifically explained to them that the rice had been enhanced through modification. Tufts University says it is looking into those claims, but both Chinese and American researchers say the research was transparent.

China is the world’s top rice producer and consumer and supports agricultural biotechnology. It has approved one locally developed strain of genetically modified rice, known as the Bt rice, but has not yet begun commercial production. Its capitulation to the hysteria campaign has disappointed scientists around the world.

Greenpeace’s campaign is a “crime against humanity, says Patrick Moore, a co-founder of Greenpeace who broke with the NGO over its GM policy and now serves as Chair and Chief Scientist with Greenspirit Strategies in Vancouver, Canada.

While Golden Rice was developed over ten years at the miniscule total cost of $2.6 million, in an extraordinary public-private partnership using funds donated by the Rockefeller Foundation, the Swiss Federation, the National Science Foundation, and the European Union, Greenpeace International alone annually spends about $270 million annually, and upwards of $7 million each year specifically dedicated to burying Golden Rice and any other food or crop developed using biotechnology.

Jon Entine, senior fellow at the Center for Health & Risk Communication, is executive director of the Genetic Literacy Project.