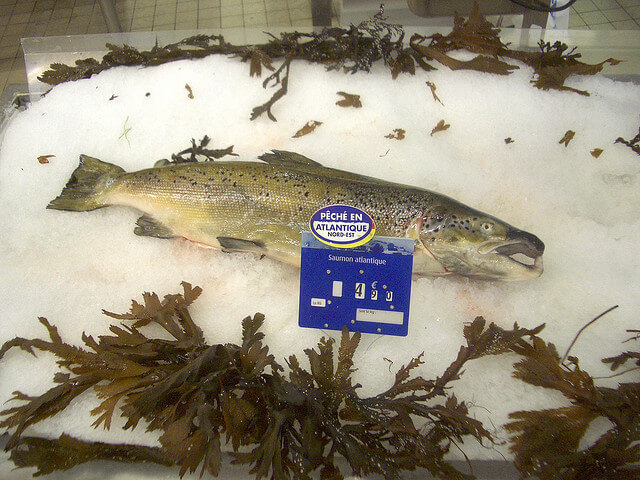 The Genetic Literacy Project’s investigation of White House interference in the approval process for genetically modified salmon continues to boil.

The saga began on December 19, when Slate published an article written by the GLP which laid out how and why the review of the first transgenic animal for human consumption—an Atlantic salmon modified with a growth hormone gene from Chinook salmon so it grows to maturity faster—had taken 17 years to make its way through the federal approval process. Two years ago, the Food and Drug Administration finally said it was going to release its environmental assessment, the last major step in the approval process, within weeks.

It was finally and quietly posted on the FDA’s website only December 21—two days after the GLP’s article rattled through the offices of the agency and the White House. The GLP had reported that the FDA had definitively concluded last April that the fish would have “no significant impact” on the environment and was “as safe as food from conventional Atlantic salmon.” However, the draft assessment was not released—blocked on orders from the Executive Office.

As the GLP summarized in a follow-up article in Forbes, the seven-month delay originated late last spring after discussions between Health and Human Services Secretary Kathleen Sibelius’ office and officials linked to Valerie Jarrett at the White House, who were debating the political implications of approving the GM salmon. Genetically modified plants and animals are controversial among the president’s political base, which was thought critical to his reelection efforts during a low point in the president’s popularity.

Within hours after the posting of the Slate article and a leaked copy of the draft environment assessment approved in April (posted on the GLP site), an administration official notified the FDA that the hold had been dropped. “The White House had no place to hide,” a government source told the GLP.

According to sources, the White House political block—a direct violation of numerous ethics regulations and possibly of federal laws—was instituted over the objections of scientists at the FDA, but with the awareness of HHS Secretary Sibelius, her senior adviser Andrea Palm and the Office of Science and Technology Policy and its director John Holdren, who is responsible for enforcing “scientific integrity” across government agencies. According to sources, Holdren stood by as the White House openly meddled.

Both the Slate and Forbes stories received wide coverage, particularly on legal, political and science blogs, reinforcing general disgust with a scientific review process that dragged on almost indefinitely, extended by politics and the histrionics generated by anti-GMO NGOs.

“Everyone who believes in sound science should be troubled by this  [political interference],” wrote Emily Anthes in her Wonderland blog at PLOS. Keith Kloor also highlighted the political sclerosis surrounding GMOs in his Collide-a-Scape blog at Discover.

Rosie Mestel with the Los Angeles Times wrote a great piece deconstructing the delay, quoting extensively from our Slate exposé, even noting the ethical and legal complications the White House and other government officials may face.

Over at Psychology Today, David Ropeik mused about the White House intervention and how “emotionally controversial risk issue[s] [can interfere] with the objective consideration of science.” He also offered a nice analysis of the psychological mechanisms that underlie the often-irrational reactions to genetically modified animals and plants by activists with a poor grasp of risk perception.

Paul Raeburn at Knight Science Journalism Tracker, who has made a point of highlighting the Bush Administration’s multiple subversions of science integrity dropped the ball on this one, making it seem as if the delay originated at the FDA, when it was a White House operation from beginning to end. Everyone but Raeburn seemed to recognize this for what it was—a fiasco that raises questions about the commitment of the president to an independent scientific review process and the ability willingness of the OSTP and John Holdren to stand up to political intimidation.