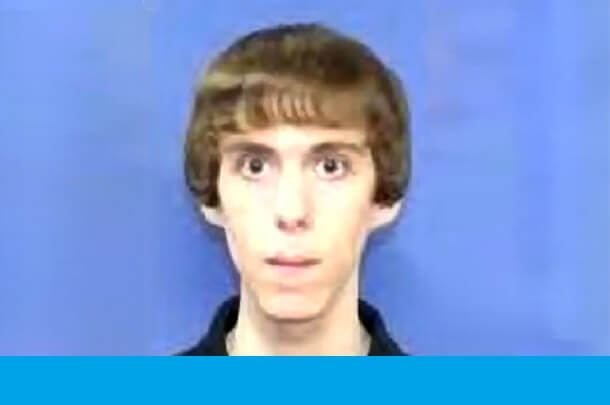 It’s difficult to contemplate what could drive a young man to kill 20 schoolchildren, six teachers, his own mother, and himself. Adam Lanza, the Newtown killer, left few clues as to why he committed these unspeakable acts. Perhaps out of desperation to find an answer—any answer—scientists at the University of Connecticut will search for clues within Lanza’s genome. They’ll seek out genes and mutations that may make a person prone to mental illness and/or violence, with an aim towards preventing such horrifying events from happening in the future. New York Times reporter Gina Kolata points out that this is the first time researchers will attempt a detailed study of a mass killer’s DNA, and it’s likely to ignite a storm of scientific and ethical controversy.

Twin studies have shown that there is a heritable component to violent and antisocial behaviors. While the Connecticut researchers are unlikely to find any single “mass murder” gene, it is possible that dozens of genes contribute to aggressive behavior. The effect of those genes would be mediated by environmental factors such as upbringing, education and the use of drugs and alcohol.

If scientists discover abnormalities in Lanza’s genome, those results will be controversial and highly speculative at best. Correlation does not prove causation, and a sample size of exactly one person—while it may provide leads for future research— will not uncover a clear genetic predisposition for violence. PZ Myers, an evolutionary biologist at the University of Minnesota Morris, argues that we do not know enough about the genome to make sense of such abnormalities.

I can predict exactly what will be found when they look at Adam Lanza’s DNA. It will be human. There will be tens of thousands of little nucleotide variations from reference standards scattered throughout the genome, because all of us carry these kinds of differences. The scientists will have no idea what 99% of the differences do. They will make dubious associations — for example, they might find a novel nucleotide in a gene that has other variants correlated with schizophrenia — and in the absence of any causal link at all, they’ll publish garbage papers that try to impute a signal to common genetic noise. Some idiot will make noise about screening for an obscure mutation that Lanza carried, just because it’s something different.

With only a rudimentary understanding of the genome, Myers suggests, fishing through Lanza’s genome can only open the door to misconceptions and ethical abuses.

The quest to pin down the biology of criminal behavior has had a dubious history. Before World War II, the belief that criminality was heritable led to forced sterilization of convicts.  In the 1960s, flimsy evidence that males with an extra Y chromosome were more prone to violence led to genetic screening in prisons. The presence of the so-called “criminal chromosome” caused some parents to abort their XYY fetuses. The extra chromosome’s alleged link with violence was later debunked, but the idea of the XYY “supermale” lives on in popular culture.

Then along came “the warrior gene.” In the 1990s, scientists linked the low expression of MAOA—a gene that encodes for the enzyme monoamine oxidase A—with extreme violence in a Dutch family. But the results couldn’t be extrapolated into the general population. Studies in recent years have made unconvincing claims over small differences in aggression between people with low and normal levels of MAOA. It’s a racially charged controversy: African American males are ten times more likely than white males to carry the low-MAOA gene, and white supremacists have seized on this fact to argue that blacks are innately more violent than whites—even though the evidence isn’t there.

What would we do if scientists do find genes or mutations associated with Lanza-like violence? Neuroscientist Steven Hyman, from the Broad Institute of Harvard and MIT, told the New York Times it won’t make a difference in terms of prevention. “The idea of screening with a view of preventing those kinds of incidents is basically unthinkable,” he said. Required screening for aggression-related genes would infringe on personal liberties and no doubt lead to discrimination.

Should people whose genes make them predisposed to violence be restricted from owning a gun, even if they don’t have a violent background? Should they be required to seek psychiatric counseling? At The Daily Beast, Kent Sepkowitz writes,

We screen many fetuses for Down syndrome—would we want to add the screen for the mass-murder gene? Genetics as a field has struggled to keep up with the accompanying ethical quandaries its scientific pursuit has created: for example, whether to test for the Huntington’s disease gene or the BRCA gene that may predispose to cancer of the breast. Plus, what if insurance companies began to use the information to select good-risk genetic stock only, passing over those with too many scrambled genetic elements?

Perhaps Hyman and Sepkowitz are too harsh. Although it may not be possible to use genetic screening to prevent another Newtown or Aurora massacre, the research could be useful for developing therapies for people with these genetic predispositions, to help them achieve emotional and mental stability. Presumably that would make the world a safer place.

Lanza’s DNA cannot provide the immediate explanation that the public would like in order to understand his terrible crimes. If his genetic makeup holds clues to the root of extreme violence, it may take years to find them and to properly characterize their impacts. Working through the concomitant ethical issues will take even longer.

Regardless of what the Connecticut geneticists may find, the hubbub surrounding Lanza’s genetic testing should not be a distraction from a more immediate issue, which is that mental health care is often not available to those who need it most, writes IO9’s George Dvorsky. “We already know how to diagnose and treat many of the psychoses surrounding acts of violence — psychologists don’t need a genetic analysis to tell them that. The problem is that there’s very little being done to identify and treat these potentially dangerous individuals.”