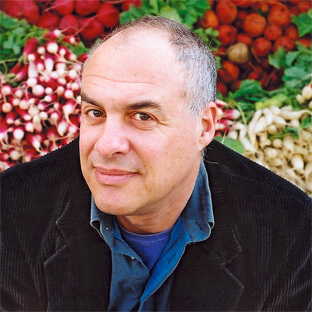 It’s challenging to name a more influential food writer than The New York Times‘ Mark Bittman—nor one less informed and more damaging to the public weal on the issue of genetically modified crops and foods. Simply said, he is a scourge on science.

Those are strong words, and not written lightly. However, when a journalist carries the imprimatur of the world’s most influential newspaper, he/she has standards to uphold, not the least of which is to know the basic facts about what one writes about. Bittman freely and often engages the debate over GMOs in food, from lobbying for government-mandated labeling to, most recently, attacking the biotechnology industry in a piece on the so-called Monsanto Protection Act (the debate about which the GLP deconstructed).

Bittman seems to have the pulse of everything Upper West Side, but not the nation. During his relentless campaigning for California Proposition 37, he boldly wrote: “It’s not an exaggeration to say that almost everyone wants to see the labeling of genetically engineered materials contained in their food products.”

I don’t, but that’s a trivial aside. The fact is that his prediction fell flatter than a pancake, as the mandatory labeling campaign lost. And similar efforts show signs of falling short in almost every state in which anti-GMO campaigners have stormed the statehouse. Intriguingly, science-minded progressives are showing signs of breaking from foodie hegemony, recognizing the can of worms that would open should these ill-conceived labeling initiatives become law.

It’s time to refocus the “dialogue on science,” opined the liberal Seattle Times. “Well-meaning consumers say they want more freedom of choice,” it wrote. “With I-522, they may end up with less. Just look at European Union countries where producers are using higher-priced ingredients to avoid even the potential stigma of a mandatory GMO label.”

It’s not clear that Bittman falls into the “well-meaning consumer” category. He’s a feckless crusader, like a teenage Greenpeace warrior ranting that “corporations are evil”. His tirades on behalf of Prop 37 and almost of his writings on bioengineering are littered with derisive references to “Big Food” (he never writes about Big Journalism, which he carries the flag for) or “ultraprofitable” companies, as if corporations are more virtuous if they regularly make less or lose money (again, maybe that’s a function of working for the corporation known as the New York Times).

The FDA does not require labels on foods with genetically modified ingredients because scientists have concluded government required labels could mislead consumers into thinking there could be adverse health effects, which has no basis in scientific evidence. Scientists have long since determined that there is no material difference between a food that has been genetically modified purely as a result of that modification.

Just a few years ago, the venerable National Research Council (NRC) issued a report detailing a “long and impressive list of benefits” that has come from GE crops, including improved soil quality, reduced erosion and reduced insecticide use. It merely reinforced what Bittman willfully chooses to ignore—as the NRC’s previous reports noted, engineered crops have harmed neither human health nor the environment. As importantly, in a rebuke of campaigners trying to impose trendy anti-science values on the developing world, the updated report carried an appeal to apply genetic engineering to a greater number of crops—not only to modify major commodity crops in the West, but also to improve a much wider range of crops that can be grown in difficult conditions, facing drought or flooding, throughout the world.

Going forward, we very well could have labeling, but it shouldn’t be based on anti-science demons. Even as Bittman bitches about Big Bad Food, he and other campaigners are feeding the ‘monster’ they now decry. “As it now stands,” Pamela Ronald, a professor of plant pathology at the University of California, Davis and James McWilliams, a history professor at Texas State University, wrote in a New York Times op-ed: “[O]pposition to genetic engineering has driven the technology further into the hands of a few seed companies that can afford it, further encouraging their monopolistic tendencies while leaving it out of reach for those that want to use it for crops with low (or no) profit margins.” Of course labeling—the mandatory kind that Bittman peddles—would only increase those dangerous trends.

As Discover blogger Keith Kloor wrote in discussing Bittman’s views last fall, before Californians rejected mandatory labeling, “Unfortunately, the real message environmentalists and foodies are sending by coalescing in support of Proposition 37 is a dangerous one—and not one that will help the food movement in the long run. That’s because Proposition 37 is predicated on junk science and blind, simplistic mistrust of multinational corporations. If the food movement continues down this road, it will soon be as politically irrelevant as the once-promising environmental movement is now.”

Bittman’s views on mandatory labeling are self-destructive and annoying. More consequential, and even dangerous, is his eagerness to spread the central myths about genetically engineered foods—that GE foods remain relatively untested and have not proven to be “beneficial to society at large.” He floated these standard stump speech themes once again in a recent disingenuous diatribe in the Times:

It’s smart to prudently explore the possible benefits and uses of genetically engineered materials in agriculture, and to deploy them if and when they’re proven to be a) safe (otherwise, no) and b) beneficial to society at large (otherwise, why bother?). I don’t believe that any G.E. materials have so far been proven to be either of these things, and therefore we should proceed cautiously. … Genetic engineering, or, more properly, transgenic engineering – in which a gene, usually from another species of plant, bacterium or animal, is inserted into a plant in the hope of positively changing its nature – has been disappointing.

Like a climate-denying archconservative, Bittman and hasn’t altered his views for years even as science has long since passed him by. As Keith Kloor, one of the world’s sharpest commentators on the politics of agricultural biotechnology journalism, recently noted in a response to Bittman’s latest, he couches his nutty views in reasonable-sounding verbiage that disguises the reality that his opinions are almost fact- and science-free.

“Bittman’s entire piece is disingenuous artistry,” Kloor wrote. “He starts off by saying: ‘Genetic engineering in agriculture has disappointed many people who once had hopes for it.’ Really? Who are these people?”

Kloor responded with a quote from professor Ronald,  one of the world’s leading advocates of sustainable agriculture. “After 14 years of cultivation and a cumulative total of 2 billion acres planted, no adverse health or environmental effects have resulted from commercialization of genetically engineered crops,” she is quoted as writing, citing an NRC study. In fact, even the French Supreme Court threw out France’s ban on a GMO because the government couldn’t produce any credible evidence that GMOs were a threat to the environment or human health.

There have been hundreds of independent medical studies on the health and safety of genetically modified foods. The World Health Organization, the National Academy of Sciences, the European Commission and many other groups—these are science based groups, not gourmands—have reached the identical determination that foods made using GM ingredients are safe and “substantially equivalent” to conventional alternatives. Last fall, facing down intense pressure from the “antis”, the American Medical Association reaffirmed its prior statement that “there is no scientific justification for special labeling of genetically modified foods.”

Added Kloor: “I think if Bittman bothered to talk to someone like Ronald, he’d learn that it is scientists who are disappointed that that the demonization of biotech by activists has been so successful. Their toxic rhetoric and campaigning has poisoned the well, which Bittman continues to drink from. And that disappoints many people who perhaps had high hopes that he would elevate the GMO dialogue. Instead, he continues to muddy it. What a shame.”

Stanford’s Miller, who otherwise shares few political views with Kloor, was equally disgusted at Bittman. “He and other cynical, anti-social activists who have opposed and obstructed agbiotech relentlessly for years now have the gall to complain about the hype and over-selling of its benefits — rather like the teenager convicted of murdering his parents who pleads for mercy from the judge because he’s an orphan.”

Bittman and his ilk may score points at foodie dinner parties, but increasingly they are becoming the butt of jokes in science circles. Even worse, their shrill but influential voices are making it increasingly challenging for federal and state regulatory agencies to follow the science when it comes to promoting good nutrition and public health.