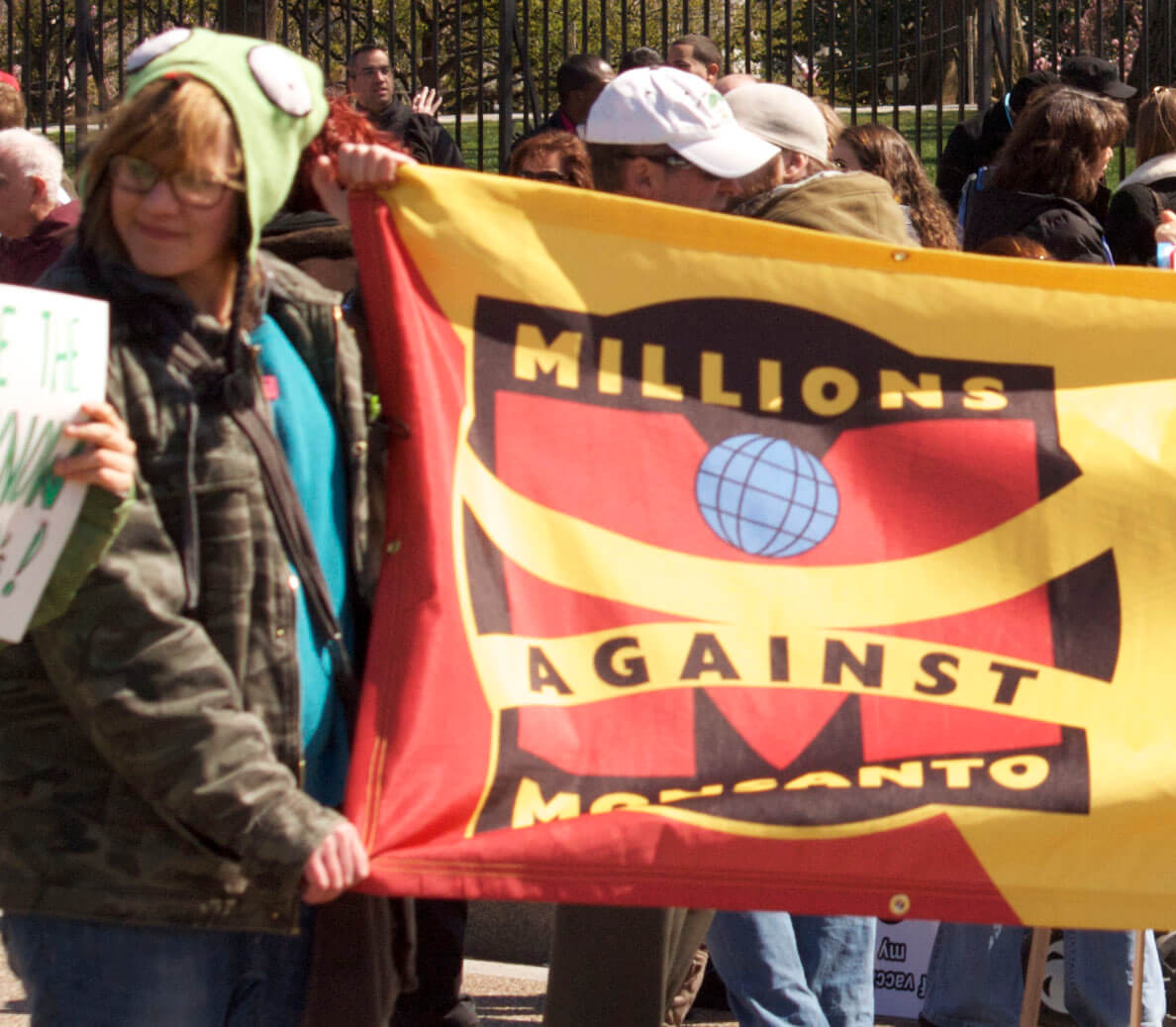 The past week has seen a tsunami of stories about the  so-called “Monsanto Protection Act,” more accurately known as Section 735 of HR 933. It’s a tiny provision attached to a massive agricultural spending bill signed into law by President Obama last week.

According to detractors, Section 735 is the “most dangerous food act ever” and a “terrifying piece of policy.” Why? Because, among other claims, it purportedly allows biotech companies to sell seeds that can cause serious consumer health problems. Here is how Gawker frames it:

Section 735 effectively shields large biotech companies, like Monsanto, from the federal courts in case something is found to be harmful in their genetically-modified seeds. Because of Section 735, federal courts would be powerless to stop Monsanto from selling their product.

Just as shocking, activists claim, the provision was secretly written by Monsanto, stealthily inserted into the bill in the dead of night by its Congressional backroom lackeys and then placed on the desk of President Barack Obama, who is so in hock to biotech special interests that he sold out the public and signed the bill, rider intact, therefore undermining American democracy. No kidding. That’s the way even mainstream bloggers and news outlets discuss this legislation. “Monsanto teams up with Congress to shred the Constitution,” shrieked one Huffington Post headline. Hundreds of thousands of angry anti-GMO protestors have signed online petitions expressing their outrage.

Let’s separate the facts from the fury.

The “stealth” claim is just plain wrong. This provision was drafted last year and has been in printed versions of the bill that have been circulating widely in Washington for more than nine months; no one, least of all hyper-vigilant anti-GMO watchdogs, were caught by surprise. For example, Stonyfield Farm, a division of Dannon that makes organic dairy products and is actively engaged in a range of anti-technology agricultural issues, ran a blog post last fall demonizing the provision that its opponents now claim was written behind a veil of secrecy.

Even if the courts find that a (genetically engineered) crop shouldn’t be planted until more research is done about its safety, no one could stop that crop from being planted, even temporarily. This provision clearly tells us that Congress thinks public health and safety should take a back seat to the expansion of GE crops.

The Stonyfield blog post raises the second gross mischaracterization now making the rounds: allegations that the provision would benefit the biotech industry at the expense of consumer health. For example, Russia Today news claims the rider “would strip federal courts of the authority to immediately halt the planting and sale of genetically modified (GMO) seed crop regardless of any consumer health concerns.” This characterization is hokum.

What does the biotech rider actually state?

To date, no court has ever held that a biotechnology crop presents a risk to health, safety or the environment. But make no mistake: it’s not because the courts or the government approval process is lax. Just the opposite. Getting approval for any transgenic crop or food is like running a torturous gauntlet, both arduous and bureaucratic, with companies required to provide years of internal and independent data, which are then carefully reviewed by various government agencies.

Beyond that, the USDA cannot approve a new seed variety until it conducts an Environmental Assessment (EA). This is the point in the process where anti-biotech activists and lawyers do their best to gum up the works in hopes of generating a critical mass of negative public opinion.

By law, the EA must consider any and all factors relating to the “human environment,” which is very ambiguously defined, encompassing human health and leaving all kinds of legal openings for hostile groups to target. If a group such as the Center for Food Safety or the Institute of Responsible Technology or the Union of Concerned Scientists challenges the EA for not considering one issue or another, the assessment can be deemed insufficient and a new one must be ordered.

In fact, this has happened twice in recent years, with alfalfa and sugar beets. Alfalfa hay, a nutritious, easily digestible livestock feed, is an $8 billion a year business and country’s fourth-most-valuable crop. Monsanto makes GM alfalfa seeds, as part of the company’s Roundup Ready line. They are genetically modified to tolerate glyphosate, the herbicide commercially known as Roundup. When farmers use Roundup, a comparatively mild herbicide, instead of other harsher chemicals to kill weeds, they actually cut down on overall toxic chemical use.

After an exhaustive review, the USDA gave Roundup Ready Alfalfa the green light in 2005. But the Center for Food Safety contended that the government hadn’t adequately evaluated the potential environmental consequences. In 2007, in Monsanto Co. v. Geertson Seed Farms, a federal court agreed with the Center for Food Safety, prohibiting Monsanto from selling Roundup Ready Alfalfa pending yet another assessment.

This was incredibly disruptive to thousands of farmers, who had planted alfalfa, which is a perennial crop so does not have to be reseeded each year. The legal status of a field of GM alfalfa planted legally after the USDA had deregulated GE alfalfa was suddenly changed under the court ruling. Farmers were being told that they had to follow a new set rules in handling their crop. For more than four years, they didn’t know if the technology was going to be available for their use. The confusion and patchwork of conflicting regulations, court decisions and labeling requirements dealt a sizable economic blow to one of the country’s most important export crops. The ongoing chaos was exactly the kind of commercial uncertainty that anti-GMO forces were hoping to manufacture.

The alfalfa case standoff eventually made it to the Supreme Court. The evidence in support of the safety and public benefits of GM alfalfa was so strong that in 2009, the Obama Administration had Solicitor General Elena Kagan file a brief on the biotechnology company’s behalf, even though the government was not a defendant in the appeal. To no scientist’s surprise, in June 2010 SCOTUS overturned the lower court’s injunction that had prohibited Monsanto from selling pesticide-resistant alfalfa seeds.

“An injunction is a drastic and extraordinary remedy, which should not be granted as a matter of course,” Justice Samuel Alito wrote for the 7-1 majority, concluding that the US District Court in San Francisco had “abused its discretion.”

The temporary injunction, by then determined to be abusive, proved a financial disaster for the farm industry and many individual farmers who had suspended planting alfalfa pending a final resolution.

An almost identical disaster  played out over sugar beets, 95% of which are grown from GM seeds. In 2010, the Center for Food Safety and some organic farmers who stood to gain by attacking conventional and GM crops convinced a court on procedural grounds—there was no finding of environmental or health dangers—to void the five-year-old approval of transgenic sugar beet seeds. Despite no evidence of any potential harm, that November, a federal judge ordered the GE sugar beet seedlings—all but 5% of the nation’s beet crop—pulled from the ground, as required by law. If the decision had stood, it could have destroyed as much as half of America’s granulated sugar production on purely technical grounds. The saga only ended in July of last year when the USDA ruled once and for all to allow unrestricted planting of Monsanto’s GMO sugar beets.

It was a victory for science, but the professional “antis” considered it a victory as well. After all, they had caused billions of dollars in unrecoverable damage to the American farm economy and rattled the cages at the corporations they consider “evil.”

The rider that has been ruffling so many feathers was specifically designed to prevent egregious abuses of the court system and regulatory process. The legislation does not, as critics allege, allow farmers or Monsanto to sell seeds proven to be harmful. Rather, it provides legal consistency for farmers and businesses so that they will not be jerked around by temporary findings by competing court systems as activist challenges make their way across the legal food chain. Going forward, the provision will protect farmers who buy GM seeds and plant them under the belief that it is legal to do so because the seeds have been subjected to extensive USDA scrutiny and approval.

The so-called “Monsanto Protection Act” has nothing to do with consumer safety or limiting biotech’s liability for making “dangerous” products, as even Salon claimed. In the two cases heralded by campaigners—alflafa and sugar beets—only technical legal concerns were raised; consumer safety and the environment were never the issue.

No product is exempt from the law when health or environmental problems are identified. If the USDA or a court determines that a biotech seed or crop or food does not pass environmental or health muster, it will be pulled from the market and banned.  But until that happens, because of this provision—let’s call it the Food and Farmer Safety and Health Protection Act—USDA safety determinations cannot be arbitrarily overturned by rogue courts responding to activists.

The howling over the so-called Monsanto provision is all show and little substance. Anti-GMO campaigners are clearly positioning themselves for another offensive against a new wave of GM crops and foods, with new pesticide tolerant grain varieties and a host of nutritionally enhanced grains, such as Golden Rice and drought resistant wheat, in their crosshairs. Yes, we should all be concerned, but for the safety of our scientific, technological and legal processes.