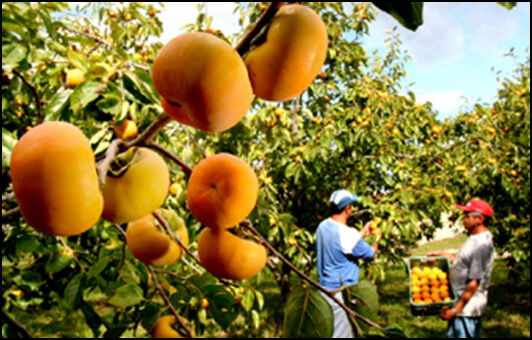 Anti-biotechnology campaigners link the success of their efforts to the focus on the latest demonizing code word: biodiversity, or the lack thereof, which they claim is being ushered in by the spread of gene-altered crops.

“Not only are GMOs dangerous for the environment and humans, agree many local experts and farmers, but they also threaten to decimate the rich biodiversity that has sustained the many civilizations of Peru for millennia,” wrote trueactivist.com in its “coverage” of the Peruvian vote.

Christian Science Monitor, in its story, goes so far as to transform a regional celebrity chef into a biotechnology and farming expert. “They’re a big monoculture, which is why people usually end up using GMOs,” CSMMonitor.com quotes Chef Pedro Miguel Schiaffino about the detriments of biotechnology-based farming based on the American model. “[W]hen you have monocultures, the crops end up getting diseases and you have to look for these extreme ways to fix them.”

The ‘go to’ hero for the biodiversity argument has been Vandana Shiva, an Indian environmental activist who has no expertise in this area but has become a favorite of anti-biotech campaigners. “Monocultures and monopolies symbolize a masculinization of agriculture,” she has written, which offers a window into the credibility of her arguments. “The war mentality underlying military-industrial agriculture is evident from the names given to herbicides which destroy the economic basis of the survival of the poorest women in the rural areas of the Third World.”

Now, Shiva’s theme is being amplified by a study in the journal Agronomy for Sustainable Development titled “Feeding the world: genetically modified crops versus agricultural biodiversity.” The article is premised on a genuine crisis: global population will exceed nine billion within coming decades. Already, billions of people are malnourished or starving. In the next 40 years, the demand for food around the world is expected to rise by 70%, with much of that being demand for more meat and dairy products. How do we address this worldwide crisis?

In the 1950s and 60s, when efforts were first marshaled to address global food security, industrialized countries launched the Green Revolution, backed by modern technology—advanced tilling techniques and the introduction of targeted, lower impact chemicals that increased yields by 10 to 100 times. It has saved billions of lives.

The “study” was well publicized by the usual array of anti-biotechnology websites and campaigners. Does it hold any scientific weight? The authors—well known Danish anti-biotech campaigners—show their ideological stripes by framing the issue in adversarial terms, creating a controversy that does not exist among global food security experts. There is an important question here—What role could or should genetically modified crops play in developing strategies to feed the world’s growing population? But instead the authors falsely pose the issue as choice—between biodiversity and the use of biotechnology. Ramez Naam, author of The Infinite Resource: The Power of Ideas on a Finite Planet and GLP contributor, offered his thoughts via email.

“Is there really a conflict? The paper argues that there’s a conflict between emphasis on research into genetically engineered crops and efforts to boost the diversity of crops grown. I don’t see that this is the case. Currently in labs we have work not only on GMO corn, wheat, cotton, soy, and rice, but also on cassava, bananas, plantains, potatoes, apples, and other crops. Genetic engineering necessarily moves one crop at a time. That doesn’t mean that we can’t have a diversity of crops.”

The Agronomy for Sustainable Development article is filled with hyperbolic claims with few supporting footnotes. “The first obstacle [to understanding this issue] is the claim that genetically modified crops are necessary if we are to secure food production within the next decades,” they write. “This claim has no scientific support but is rather a reflection of corporate interests.” They provide no backing for their rant.

They go on to claim that “an objective view of current knowledge places GM crops far down the list of potential solutions in the coming decades.” Objective by whose measure? What are better options? Again, they provide no backing for their rant.

The article proceeds in that fashion. It never actually engages the issue of what constitutes biodiversity and what measures could be used to promote it. In the end, the summary article—bizarrely political for a science journal—is little more than a platform to attack biotechnology, while pushing “small scale” farming as an alternative—which pretty much everyone outside of the organic and anti-biotech communities knows would be a disaster.

As Nam has written, organic methods cause their own measure of environmental harm. “Organic farming is environmentally kinder to every acre of land,” he has written. But it requires more acres. The trade-off is a harsh one. If we wanted to reduce pesticide use and nitrogen runoff by turning all of the world’s farmland to organic farming, we’d need around 50% more farmland than we have today. Nobel Prize winner Norman Borlaug, whose work helped triple crop yields over the last 50 years and arguably saved billions from starvation, estimated before his death that the world would need an additional 5 to 6 billion head of cattle to produce enough manure to fertilize that farmland. There are only an estimated 1.3 billion cattle on the planet today.”

Objective studies—the kind the Danish authors offer lip service about but do not actually cite—have found that GM crops can actually increase biodiversity. For example, scientists in China have published a research study reporting that transgenic cotton bred to resist pests actually boosts biodiversity since it reduces the amount of insecticide sprayed on fields. The researchers have collected data from 1990 to 2010 at 36 sites in six provinces of northern China and the study revealed that there is a marked increase in abundance of three types of generalist arthropod predators (ladybirds, lacewings, and spiders) and a decreased abundance of aphid pests associated with widespread adoption of Bt cotton and reduced insecticide sprays in this crop. Moreover, scientists also found evidence that the predators might provide additional bio-control services spilling over from Bt cotton fields onto neighboring crops (maize, peanut and soybean).

The Danish authors, echoing claims by foodie author Michael Pollan, make unsupported claims that biotechnology makes crops more vulnerable to pests and pathogens. “A monoculture is a field planted with genetically similar individuals,” they write. “Traditional agriculture makes use of monocultures by replacing a field that had many species with a field containing only one: just rice, just corn, etc. GM crops take this one step farther. Not only is the field planted with only one species, but all the individuals within the species are genetically identical because they all came from one genetically modified source plant.”

That’s just too simplistic, however. Biodiversity depends on the crop, the modification and the environment the crop is planted in. Planting different wheat or corn or soybean crops does not in itself address the challenges linked to monoculture farming.

“The problem with this story,” notes Matthew DiLeo at the Scientist Gardener blog in addressing Pollan sweeping claims, “is that plants varieties that look very different don’t necessarily have different disease and pest resistance genes. Just like humans, which are known for tremendous phenotypic diversity, can be extremely susceptible to the same flu and HIV germs across all ethnicities, all the multicolored potatoes in the above picture may be similarity susceptible to diseases like late blight.”

Plant breeders, including organic farmers, have moved to protect their crops from parasites through breeding, “by introgressing (moving) key resistance genes from wild relatives of crops into the crops themselves. This process has actually made modern industrial tomatoes more genetically diverse than either traditional Latin American or U.S./European heirloom varieties (although the traditional and heirloom varieties look more diverse).”

The central scientific problem with the Danish paper, however, is the simplistic view of biodiversity. Agricultural biodiversity might be a good thing insofar as increasing the resilience of farm fields and crops, but the authors argue boldly that extensive agriculture (i.e. using more land) is better—in terms of sustainability—than intensive agriculture, which produces higher yields with less land use.

This is patently untrue. Clearing forests for the sake of agriculture—no matter how diverse—always results in a net loss of biodiversity. To say nothing of the fact that extensive agriculture isn’t a failsafe method to improve crop yields and resilience in the first place—sometimes the damage from the loss of a forest is such that it nullifies the benefit of expanded fields.

The biodiversity discussion—no, it’s not a debate between two opposing sides—is critical for the future of farming and food. Prominent experts such as plant geneticist Pamela Ronald and her husband, organic farmer Raoul Adamachak, addressed this issue eloquently in their co-authored book, Tomorrow’s Table.: Organic Farming, Genetics, and the Future of Food. And the post-ideological scientists flocking to Biology Fortified regularly debate the hopeful links between biotechnology and sustainability every day.

Examining the political landscape of GM crops as compared to other techniques is fair game and welcomed as part of a healthy dialogue. But Shiva’s campaigning in this embarrassing new review by Danish activist scientists are corrosive to public discourse. It’s anti-science. We have a world to feed, and to exclude any potentially useful technique on ideological grounds is criminal.

Kenrick Vezina is senior editor of the Genetic Literacy Project and a freelance science writer based in the Greater Boston area. He has an M.S. in science writing from MIT.