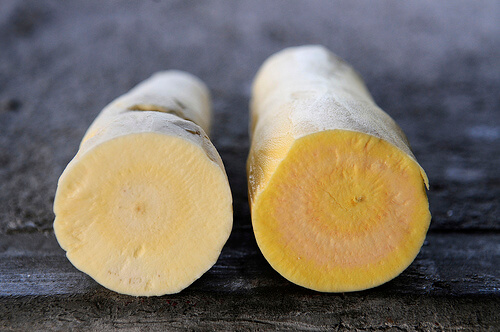 As a graduate student at Cornell University in Plant Sciences whose research revolves around molecular biology I would like to present some background information on the science of crop genetics that some people may not be aware of.

Many of the allegations voiced by critics concern me because they have little or no scientific basis. For example, critics list a range of so-called health issues linked to eating genetically modified foods as if they are facts: “Independent studies show organ damage, accelerated aging, allergies, reproductive issues”; or “There is no reliable information about GM foods and their impact, especially regarding health effects”; or (vaguely and ominously) “GMO’s can be a threat to human and environment health”; or, reflecting one of the most common claims of the anti-biotech advocates: “Genetic engineering may cause unexpected allergic reactions”.

Based on papers published in prominent peer-reviewed science journals, these statements alleging that GM foods are unsafe are either untrue or dubious. I address each of these of these concerns below. (Readers can find more background by clicking the hyperlinks throughout this post.)

There is no documented proof that any approved, commercially grown GE crop has caused allergic reactions due to a transgenically introduced allergenic protein (Goodman et al. 2005; Goodman et al. 2008). Proteins of course can be toxic (for instance ricin, cholera toxin, botulinum toxin, diphtheria toxin). But to be toxic, they’d have to be able to survive digestion and get to their site of action. Let’s take Bt crops as one example. These crops produce a protein from the bacteria Bacillus thuringiensis that is toxic to certain types of insects (commonly called Bt toxin). This protein is activated at alkaline pH, while mammals have a basic pH in our digestive systems. Further, Bt proteins interact with specific receptors located on the surface of cells in susceptible insects, and other organisms do not have these receptors.

Note that we already have billions of bacterial cells in our gut containing proteins very similar to the EPSP synthase used in glyphosate-resistant varieties. Non-specific effects such as allergy can be an issue if the protein is resistant to degradation. However, if a prospective transgene passes toxicity testing including testing how well it is digested, there is no scientific basis to assume that it is more harmful than any other protein

There is also no evidence that the creation of a GE crop has caused a significant increase in the production of allergens (Goodman et al. 2005; Goodman et al. 2008). In fact, according to the Swiss National Research Programme NRP 59 (Sweet and Bartsch 2012), there are more than 1,000 scientific publications showing there is no evidence of harmful impacts on health from plant genetic engineering. You can read the entire report from Sweet and Bartsch or browse in the Swiss National Science Foundation website.

Crucially for science there is not only substantial research backing the safety of genetically engineered crops but there is also a consensus in the scientific literature (Kuntz and Ricroch 2012; Mendelsohn et al. 2003). I would encourage you to read the 30 scientific articles and reports addressing crop biotechnology safety cited at the bottom of this post. These are also many easily accessible papers using Google Scholar, a free web search that indexes the full texts of scholarly literature across an array of peer-reviewed journals. These studies and others are available for anyone to read critically, study and challenge. Some key excerpts from these studies focusing on crop biotechnology controversies:

Each of these scientific findings on GMO safety are in accordance with the conclusions of every other respected science-based organization that has examined the evidence. In other words, the conclusions of independent scientists and scientists with industry links are identical—indicating that the industry research, often dismissed by critics as ‘tainted,’ is in fact state of the art and GMO foods are in fact safe. Key conclusions from select internationally respected science oversight groups:

Others organization that have examined the safety of GMO products and have reached almost identical conclusions include:

Another key misconception promoted by critics is that research on genetic engineering has been solely ‘funded by industry’. That’s not accurate. First, it should be understand that most industry studies were required as part of the extended evaluation and approval process necessary for GE crops to be approved, so its understandable that a majority of studies in this field can be linked to industry. However well more than a third and as much as 40% of crop biotech studies have been carried out independently.

For example, most of the studies listed in this post were carried out by non-industry researchers at European universities backed by government financial support —the equivalent to getting support from the National Science Foundation in the United States. The financial support for three studies cited above (Schroder et al. 2007; Tang et al. 2012; Snell et al. 2012) came from the European Commission, the Shanghai Agricultural Science, China and the French Government, respectively. Sources of funding are, usually, stated in the papers. Some of the universities involved in carrying out the research presented in this post include:

For more information on the controversy over the safety of genetically engineered foods, please review the large volume of research in the biotechnology area provided by the GMO-Safety team, which is part of the collaborative project on communications management in biological safety research commissioned by the German Federal Ministry of Education and Research and is totally independent.

Biofortified.org, which is an independent website focusing on crop biotechnology and sustainability, is also a good place to get factual information on plant genetics and genetic engineering as the volunteer authors include graduate students, professors and guest experts. The site also hosts the GENERA database, which includes an expanding list of more than 600 crop biotechnology studies, and will soon be searchable.