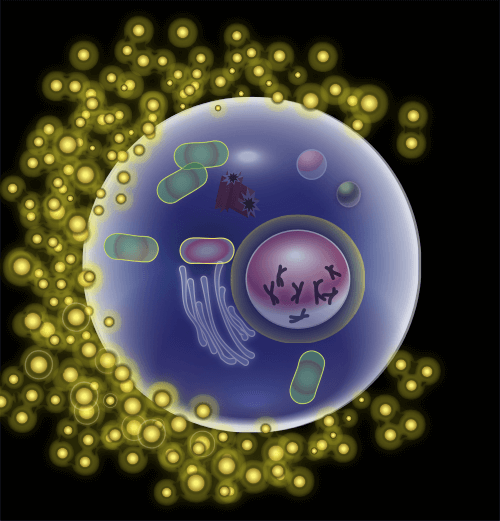 Should women’s reproductive rights be subject to legislative oversight? Those who argue for strict legal controls often raise the specter of dire, unknown health consequences that could result from abortions.

“There are no evidence-based long-term studies of the consequences, risks and side effects” of these procedures on women’s psyches, they claim. They frame their approach as ‘protection’, not control.

Most women’s rights groups are appalled by such comments. They find them patronizing. They say legislators, who are mostly male, have no right telling women what they can or cannot do with their bodies, and that such laws are intrusive. And they rail against those who they say show no respect for women and their ‘natural rights’.

When stem cell research and egg donation are the issue, however, some of the same diehard advocates of women’s rights invoke the same pro-life arguments that they mock when dealing with abortion rights.

Consider this disturbing article in the Sacramento Bee on July 16, written by Diane Tober, associate executive director at the Center for Genetics and Society in Berkeley and Nancy Scheper-Hughes, chancellor’s professor of medical anthropology at University of California, Berkeley, and director of Organs Watch. The women argued that Governor Jerry Brown should veto AB 926, which lifts a ban on payment for research eggs, called oocytes. Under current law, it is legal to pay a woman who provides her oocytes to a couple going through in vitro fertilization. But there is a ban on paying the same woman for the same eggs if they are to be used in medical research.

The bill passed with bipartisan support from the California legislature on July 1.

Supporters of AB 926, led by Democratic Assemblywoman Susan Bonilla, expressed concern that California was in danger of becoming a backwater in fertility research without this reversal. “This is the only research procedure that does not compensate,” she said. “As a result of that, a lot of very important research, particularly around women’s fertility, just has not taken place here in California.”

The legislation, if signed by the governor, would permit women who become research donors to be paid up to $5,000. For comparison, a woman donating her eggs to an infertile couple for IVF in California is allowed to be paid an unlimited amount.

So who could be against it? Not Planned Parenthood, the National Organization for Women and the American Society for Reproductive Medicine—they maintain their progressive vision and support the measure. The opposition is an odd marriage of Catholic, über-religious and rightwing groups with fringe leftwing anti-genetics “environmental justice” organizations that ostensibly stand for liberal values—Center for Genetics and Society, Council for Responsible Genetics, SynnBioWatch and Friends of the Earth are key members of this bizarre coalition.

“Eggs are a foundational element for life,” said Lori Arnold of the California Family Council. “We support legislation that honors that. In this case, we believe it dishonors life and is subject to abuse.”

Wesley J. Smith, an ideologue with the conservative Center for Bioethics and Culture, who writes for the Weekly Standard and National Review, called the bill part of a “war on poor women,” and vows to protect ‘unborn babies’.

Substitute “embryos” for “unborn babies” (meaning fetuses) and the analogy to pro-life arguments holds throughout. Recall the quote cited above: “There are no evidence-based long-term studies of the consequences, risks and side effects….” It was not written by the Family Research Council, but by Tober and Scheper-Hughes in their condemnation of for-pay egg donations.

Echoing pro-life talking points, Tober and Scheper-Hughes wrote in the Bee that human life is being commoditized—bill opponents often use the phrase ‘human trafficking’. The risks from this egg-harvesting procedure—which is performed every day, safely and for compensation as part of in vitro fertilization treatments—are unacceptable, they claimed. It is part of a larger pattern of exploitation, they wrote. Exploitation is a theme of the opposition: the extremist left blames the ‘money grubbing’ medical establishment while pro-lifers target ideologues with an agenda.

As I’ve noted in a previous article on the GLP, the venerable New England Journal of Medicine addressed this controversy in a thoughtful essay earlier this year co-written by I. Glenn Cohen, a lawyer and Co-Director of the Petrie-Flom Center for Health Law Policy, Biotechnology, and Bioethics at Harvard University and Eli Y. Adashi, physician-scientist and Immediate Past Dean of Medicine and Biological Sciences at Brown University. As they noted:

[T]here is really only one critical difference between the current, expensive model that excludes the majority of people who need this service and the for-profit model: a legal framework. The sale of gametes—human eggs and sperm—is already legal and widespread around the world. The crucial issue, it would seem, is ‘the lack of clear legal guidance as to the parentage of the embryos in question’. … [I]t may be difficult to claim that respect for personhood requires that the sale of embryos be prohibited at a time when parentally sanctioned embryonic destruction (with or without the generation of a human embryonic stem-cell line) is being practiced. Even if one believes that embryos deserve special respect not granted to gametes, it is far from clear why the sale of embryos to facilitate family building is any more contrary to that respect than the destruction thereof.

Should activist groups, working through legislators, exercise their control over women’s reproduction? Do we really “own” our own bodies? Or does that tenet only hold when nanny groups say it’s okay?