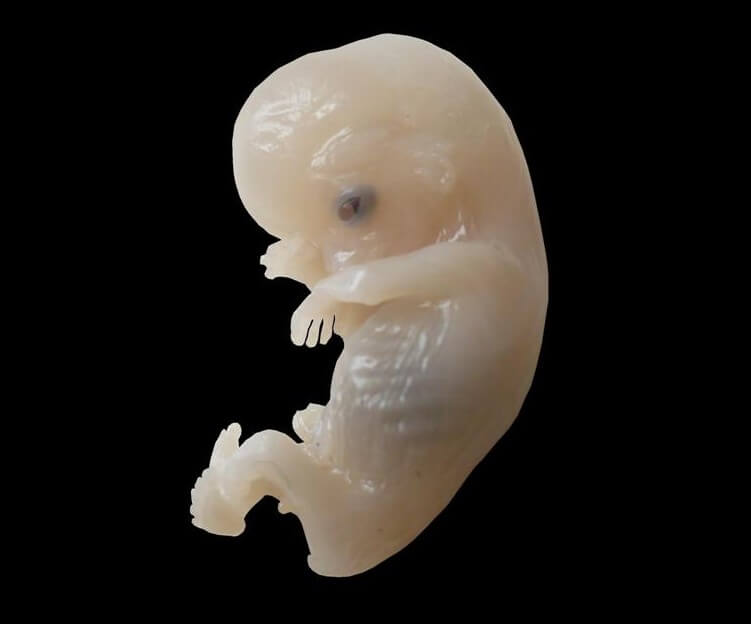 An important debate has erupted around the desire for infertile couples to have children and how best to service this growing need.

The latest round of ethical contretemps is an intriguing April article in The New England Journal of Medicine, “Made-to-Order Embryos for Sale—A Brave New World?” which discusses—comprehensively and dispassionately—many of the concerns raised about embryo donations, whether gifted or for sale.

It was a response to the controversy touched off last fall by a report in the Los Angeles Times featuring a Davis, California for-profit embryo selling business that opened in 2010. That story stirred an ethical tizzy. “I am horrified by the thought of this,” the article quoted Andrew Vorzimer, a Los Angeles fertility lawyer, who voiced his belief that there was a huge and disturbing distinction between clinics that arranged “friendly” donations of embryos and ones that paired anonymous ones. “It is nothing short of the commodification of children.”

As if on cue, the NEJM report written by I. Glenn Cohen, a lawyer and Co-Director of the Petrie-Flom Center for Health Law Policy, Biotechnology, and Bioethics at Harvard University and Eli Y. Adashi, physician-scientist and Immediate Past Dean of Medicine and Biological Sciences at Brown University, brought out a familiar rebuke from the Center for Genetics and Society, which called the made-for-order’ IVF model “truly terrifying.”

Fist, let’s acknowledge the “eeeew” factor. The idea of selling any body part, let alone the combination of sperm and egg that leads to the formation of an embryo, can be disconcerting at first (or even second) thought. I would argue it’s far less provocative than aborting embryos (disclosure: I’m a strong abortion rights supporter), a key point CGS—known for its selective and highly idiosyncratic ethical choices—only obliquely addresses, and then in a way dismissive of abortion opponents.

The question that CGS fails to ask—though more mainstream ethics groups and abortion rights advocates address it all the time—is to what degree we “own” our own bodies. There are already several ways in which people can sell their bodily parts or products, ranging from livers to breast milk to bone marrow, and from blood to hair. In fact, the shortage of sperm and egg donors (in 2010, the last year for which data in the United States were available, fewer than 1000 embryo donations were recorded) has prompted robust discussions around the world about the potential benefits and challenges of a for-profit model.

Twenty-five years ago, I reported a story for NBC News about the nascent market for selling kidneys that was then budding in India. The practice was condemned by many people in the US, particularly ideological liberals, as a commodification of human life—even as thousands of people died each year on waiting lists because of a shortage of donated kidneys. Now the New York Times runs opinion pieces endorsing it. “People should not have to beg their friends and family for a kidney, nor die while waiting for one,” wrote Andrew Berger, a research analyst for GiveWell, a nonprofit that works closely with donors, last year.

There’s now a groundswell of support for the kidneys-for-sale model, particularly among those with kidney disease and their families, disgusted by the authoritarian views of so-called ethical gatekeepers that have intimidated lawmakers. Many bioethics organizations such as the Markkula Center for Applied Ethics at Santa Clara University—which 15 years ago objected to the buying and selling of kidneys—have now come full circle, favorably featuring those who believe a for-profit model has virtues. Center assistant director Miriam Schulman recently cited an article in the Kidney International Journal of the International Society of Nephrology, quoting AD Friedman and AL Friedman:

At least debating the controlled initiation and study of potential regimens that may increase donor kidney supply in the future in a scientifically and ethically responsible manner, is better than doing nothing more productive than complaining about the current system’s failure.

It’s clear from the Los Angeles Times article that California Conceptions, one of small number of for-profit embryo donation centers in the US, is serving a genuine need. For infertile couples, making babies is not cheap. The clinic appears to be thriving by providing a service to desperate infertile couples that cannot afford the astronomical price tag, which starts at $20,000 and can sometimes exceed $100,000, for the hit-and-miss adventure of multiple rounds of in vitro fertilization (IVF) using donated embryos. Dr. Ernez Zeringue offers his Davis, Ca. patients a reassuring guarantee: $9,800 or your money back.

Invoking the specter of eugenics, as CGS does, is unpersuasive. Forced eugenics, as practiced in the 1920s and 30s and supported most aggressively by “reformers” on the left and right (including the founder of Planned Parenthood) who championed sterilization laws, is clearly inappropriate. That’s not what’s on the table, however. We practice eugenics—which merely means ‘good genes’—all the time. Birth control, nonprofit embryo donations, pre-conception DNA screening tests, amniocentesis and even Match.com for baby-desirous singles who “select” potential mates based on targeted qualities, such as income and education, are all forms of eugenics—accepted and even celebrated by society. Abortion, widely supported by libertarians and political liberals, is a form of eugenics. The selective approbation attached to for-profit embryo donation comes across as just plain odd.

Cohen and Adashi, the NEJM article authors, offer thoughtful guidance through the ethical thicket of embryo donation. As they note, there is really only one critical difference between the current, expensive model that excludes the majority of people who need this service and the for-profit model: a legal framework. The sale of gametes—human eggs and sperm—is already legal and widespread around the world. The crucial issue, it would seem, is “the lack of clear legal guidance as to the parentage of the embryos in question.”

As the NEJM authors note, “[I]t may be difficult to claim that respect for personhood requires that the sale of embryos be prohibited at a time when parentally sanctioned embryonic destruction (with or without the generation of a human embryonic stem-cell line) is being practiced. Even if one believes that embryos deserve special respect not granted to gametes, it is far from clear why the sale of embryos to facilitate family building is any more contrary to that respect than the destruction thereof.”

Carping about or in some cases ignoring the failures of the current IVF system, seems the preferred choice for those opposed to even debating the benefits and challenges of a for-profit embryo market. Unless we as a society are determined to reserve the right of reproduction by infertile couples to the wealthy, we should welcome options.