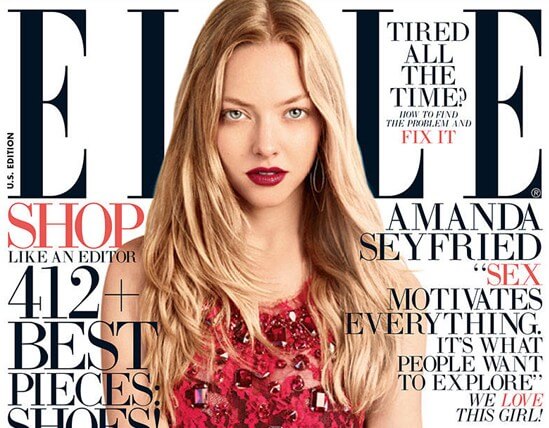 What should be the repercussions when a high profile, international news and information outlet that millions of readers rely upon badly mishandles a critically important news story?

The New York Times is in the unique position of employing a full time public editor whose job it is to write about editorial missteps. Two years ago, for example, Ian Urbina’s sloppy coverage of the emerging fracking controversy—he badly misrepresented the science and took advocacy positions—prompted the public editor, twice in less than a month, to dress down both Urbina and his editor. An intense and very public debate followed in the Times, which eventually led to a revamping of the paper’s shale gas coverage and Urbina’s replacement.

But what happens when the offending reporter is freelance? Who is there to take ownership? And what if the editor who oversaw the botched coverage not only refuses to constructively respond to the mishap but also continues to perpetuate the problem?

That’s the story unfolding right now at Elle, which is reeling from the GLP exposé in Slate of the lifestyle magazine’s shoddy and misleading feature on genetic modification and food. The situation took a bizarre turn last Friday when the magazine responded to the Slate article—and botched that as well.

The topic of GMOs is red hot. The mainstream science community is unified on the subject: Every major scientific and biotechnology regulatory oversight body in the world, including the National Academies of Science and the Food and Drug Administration in the United States, has concluded that genetically modified foods pose no harm not also found in conventional or organic foods. However, vocal anti-GMO activists reject the science—they contend there is large scale conspiracy between what they call “Big Ag” and “Big Government”—and maintain that there are any number of insidious dangers lurking in genetically modified foods.

The last year has witnessed a heartening turn in the coverage of this issue by science journalists, who by and large had previously kept a low profile on the GMO issue—I believe, because the opposition to GMOs largely resides with the “political left” and many journalists share ideological sympathies on other issues with anti-GMO campaigners. The quick and horrified reaction by journalists to a highly-politicized study by French activist-scientist Gilles-Eric Seralini and a speech by former anti-GMO activist journalist Mark Lynas in January renouncing his previous misguided efforts were seminal moments in the search for a more scientifically literate public discourse on the matter of crop biotechnology.

But this surge in ‘responsible reporting’ is a mere ripple against the waves of misinformation and fear-mongering that pour forth from activists and lifestyle publications and wash over the web on a daily basis. That’s why I, and so many other journalists and scientists, reacted with such disappointment when Elle—whose magazine and website are read tens of millions of people around the world each month—waded into the GMO debate so irresponsibly.

To recap, last month freelancer Caitlin Shetterly wrote an emotion-laden feature in Elle about how she had come to believe she was suffering from ‘GMO corn disease’—a heretofore undiagnosed condition that resulted, she is convinced, from exposure to genetically modified corn. (About 90 percent of America’s corn crop has been genetically modified.) A New Age allergist convinced her that she had been victimized by Monsanto, which developed the corn seed, and guided her in removing all corn from her diet. Like a cripple cured by the laying of hands, Shetterly is now forever grateful, and set out to evangelize her experience of salvation.

As I documented in Slate, from a scientific perspective, the belief that she suffered a crippling disease as a result of ingesting GM food is complete nonsense. Since GMOs were introduced into the food supply, there has not been one documented case of any health problem in humans—not even so much as a sniffle—linked to GMOs.

Nonetheless, dedicated anti-GMO crusaders—NaturalNews.com, the Organic Consumers Association, Center for Food Safety the Union of Concerned Scientists and the GMO labeling organizations among them—repeat the received conspiratorial wisdom that there must be something dangerous and unhealthy about GM foods. The governments of the world, they write, are in collusion with the global agricultural industry to treat humans as lab rats.

The specific instance is meaningless; this victimized, paranoid perspective applies equally to Monsanto’s Roundup-ready line of crops as it does to Golden Rice, which introduces Vitamin A into an otherwise vitamin-challenged staple. Shetterly, who considers herself Exhibit A in this experiment gone awry, proceeds to build a story on her real but misplaced fears. Elle is the willing, indeed eager, vessel for her mess of a story.

Shetterly’s report was not only ignorant of the basics of biotechnology, but it would fail to pass muster in Journalism 101. As she crafted the narrative, the vast majority of her sources seemed sympathetic to her plight and willing to entertain the ‘GMO corn disease’ theory. I managed to talk to or exchange emails with almost all of them.

“She totally twisted what I said,” said respected food scientist Richard Goodman, a professor at the University of Nebraska, Lincoln. It was a typical reaction. Versions of “She misused my statements,” or “I was snowed by this woman,” and “I was lied to” came up numerous times. In my interviews, her sources consistently described the Elle article as “ridiculous” and “absurd.”

Shetterly and by extension, Elle, stoked fears by misrepresenting the true dangers of food. “The risks from GM foods are infinitesimally small,” Goodman told me. “It’s all ‘what if, what if, what if’ doomsday scenarios. It [belief that GMOs can cause allergies] is like worrying that we might be hit by an asteroid.” No such viewpoints made it into Elle‘s pages.

The Slate piece generated more than 1800 comments, 6400 acknowledgements on Facebook and lit up Twitter. “Many reporting lessons in great critique by @JonEntine,” wrote Philip Yam, managing editor of Scientific American—one of many comments from journalism professionals sharply critical of the magazine’s seismic editorial blunder in running this story.

Related article:  Gene drives could revolutionize how we deal with pests—if the technology avoids the controversial fate of GMOs

“While there’s certainly a complex story to be told on the subject of GMOs, Elle seems to have passed right by it into conspiracy theory territory,” wrote Shaunacy Ferro in a story jointly carried by Salon and Popular Science.

Elle’s editorial faceplant is particularly ironic seeing that in the very same August issue in which the Shetterly story appeared, Editor-in-Chief Robbie Myers had written about the magazine’s commitment to responsible journalism. “Yes, Women’s Magazines Can Do Serious Journalism. In Fact, We’ve Been Doing It for a While,” she titled her piece.

I called out Elle and Ms. Myers to exercise some journalistic integrity and publicly withdraw the piece and publish an article or commission a series to address the actual science instead of stopping to hysteria mongering.

Last Friday at 5:00 PM—a time slot reserved for dumping news that you don’t really want anyone to read—Elle posted a “response” to the Slate take-down. It was not clear who wrote it—there was no byline. Elle’s response tries to justify Shetterly’s article because it was merely the author’s “point of view”—as if spreading misinformation on a highly volatile and important issue is of no consequence. The problem with the Elle piece is that Shetterly framed the ‘GMOs cause health problems’ claim as if it was a genuine scientific conundrum. The response only furthers this false balance: “[We] were committed to airing both sides of the GMO debate.”

As I noted in my piece, there is no debate among scientists or health professionals over Elle’s central premise that GMOs can cause allergies or serious autoimmune disorders. None. The American Medical Association, whose physician members would have long ago picked up on a GMO-allergy connection, definitively rejects such speculation. “Bioengineered foods have been consumed for close to 20 years, and during that time, no overt consequences on human health have been reported and/or substantiated in the peer-reviewed literature,” it has stated.

Elle also tries to defend itself by hinting that the sources, who for the most part openly blasted Shetterly for shoddy reporting, may have shaded their remarks to me because they were fearful of being sued by “Big Ag.” “In the course of reporting the piece, Shetterly spoke with a number of researchers and medical professionals who told her they couldn’t go on the record about their doubts about GMOs because they feared being sued by a biotech or agriculture company, or losing grant money provided by the private sector,” Elle writes.

This is a tired but familiar anti-GMO allegation, obviously absorbed by Shetterly and her editors at Elle. No responsible journalistic organization would dare make such a sweeping claim without actual evidence.

The entirety of their evidence comes down to one quote from allergist Karl von Tiehl not included in the piece—“I’m afraid of being sued by big agribusiness.” Elle’s defense does not cite even one example of an actual suit or threatening encounter, but only a single speculative comment from one allergist.

As for Dr. von Tiehl, who Elle now tries to reposition as an ideological ally in the case against Big Biotech, he had a lot to say about Shetterly’s embarrassing reporting misadventure that I did not include in my Slate piece. Von Tiehl was particularly upset at Shetterly’s implication that food developed through lab research—GMO foods in Shetterly’s simplistic worldview—are somehow dangerous.

That’s not the case, von Tiehl told me, rejecting the Shetterly-Elle thesis. There are literally thousands of foods made through laboratory tinkering, including many organic grains, vegetables and fruits. Love that ruby red grapefruit? It’s actually a patented fruit, made through mutagenesis by subjecting grapefruits to ionizing radiation—yes, in a dastardly laboratory.

In Shetterly’s zeal to stigmatize GMOs, she not only misrepresented von Tiehl’s comments, the fact checker did not review them in context (another complaint voiced by the interview subjects). “When I gave the interview, I was describing a medical food (elemental formula to be specific) that is used in the standard treatment of severe eosinophilic esophagitis (EoE), a disorder that has no known relationship to GMO foods,” an obviously exasperated von Tiehl wrote to me in an email. “I do not mean to appear to state that GMO foods are ‘scary.’ I fully echo Dr. Assa’ad’s comments [CCMC professor Amal Assa’ad, who was also interviewed for the story, rejected Shetterly’s anti-GMO paranoia as “magical thinking”] regarding GMO foods’ probable widespread safety.  This quotation of mine was specifically taken out of context.”

Most disconcertingly, what Elle never addresses in its feeble response is the central screw-up: Shetterly got the basic science abysmally wrong. That’s the only thing that really matters—not Shetterly’s nor Elle’s tattered reputations on this issue but the responsibility of influential information outlets to engage complicated issues in a nuanced and science-based way.

Simply said, Elle has failed journalism and its readers. Editor Robbie Myers has since had an opportunity to redress its botched effort by opening its pages to a genuine discussion of the science it smeared; instead, she chose the low road. Just to make sure that no one would even think to believe that Elle could report on this story without injecting its own anti-science biases, executive editor Amina Akhtar, bizarrely and inappropriately, retweeted the magazine’s company line on Saturday: “No more GMO’s!” Together these journalistic missteps suggest a fundamental contempt for Elle readers—and a lack of basic respect for constructive public discourse on a critically important issue.