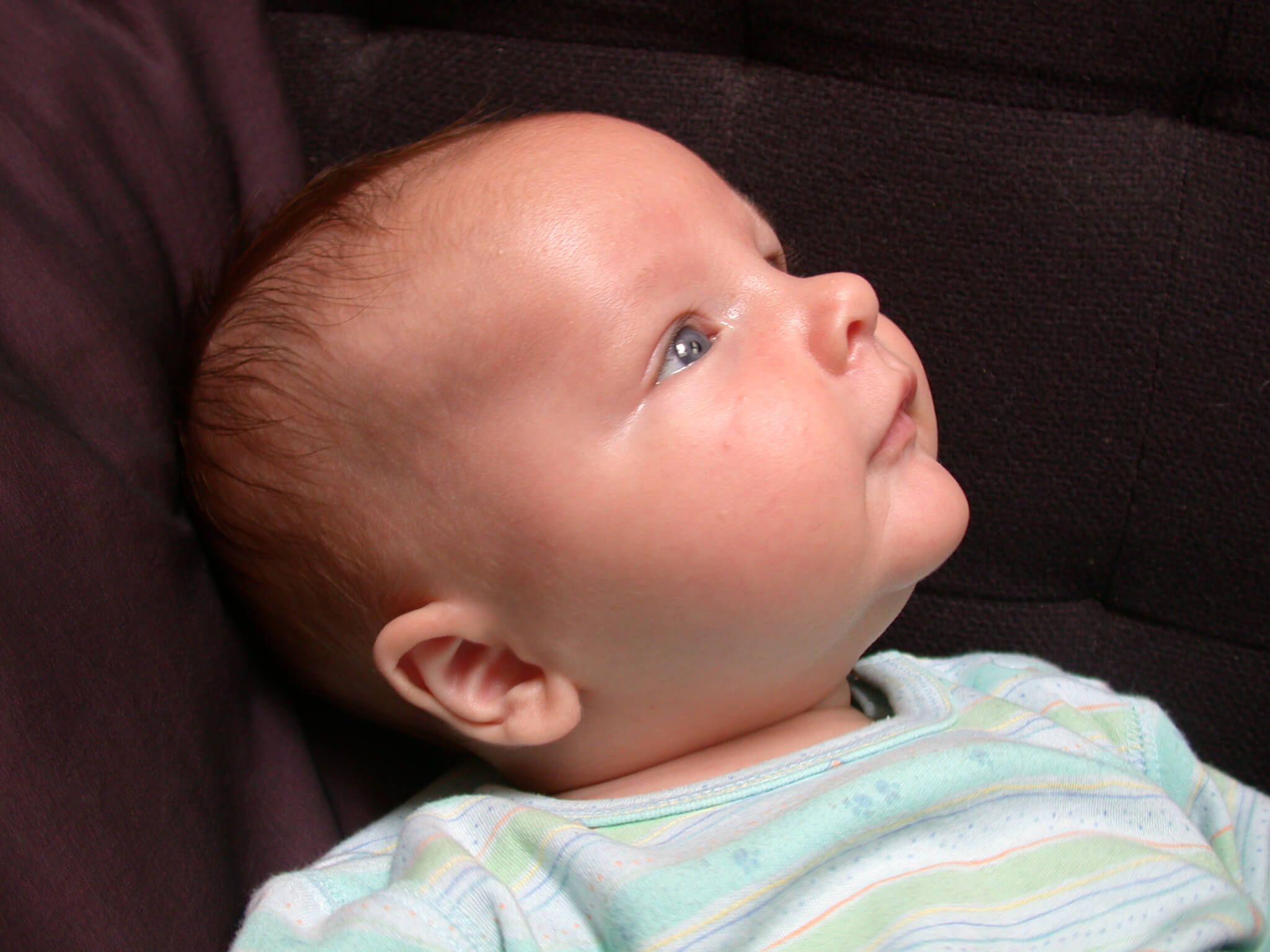 Last month, Jon Entine provided an engaging column, “DNA screening is part of the new eugenics—and that’s okay,” on the Genetic Literacy Project website. One historical assessment caught my eye in amid the reflections on so-called newgenics or liberal eugenics:

The “negative” wing of eugenics, which was popular in the late 20s and early 30s but never widely embraced, wanted to legally prevent the mentally ill, poor, immigrants and non-whites from having children.

At issue is the question of what was mainstream. We have a cultural tendency to ascribe the regrettable to the margins. My own backyard, public health, has not been very forthcoming in its own historical accounts. With a few exceptions, it has generally underplayed or passed-over the roles of public health discourse and institutions in the history of eugenics in the United States.

In the 1927, Oliver Wendel Holmes, Jr., writing for the majority, upheld Virginia’s sterilization law in the Supreme Court case Buck v. Bell, citing as authority Jacobson vs. Massachusetts (1905)—which is widely regarded as the most seminal public health decision. Holmes held that the principle in Jacobson underlying compulsory vaccination was sufficient to enforce involuntary sterilization. There was only one dissent, Associate Justice Peirce Butler of Minnesota. Butler’s opposition notwithstanding, his native Minnesota’s eugenic sterilization law continued on the books for 50 years until 1975. Since 1927, Buck v. Bell has been trimmed back and has also been used to prune certain other eugenics laws (Skinner vs Oklahoma ex rel. Williamson, 1942)—but it has not been overturned.

Legislative cartography from 1913 to 1935 reflects widespread incorporation of negative eugenics. Supporting this were enthusiastic representatives across the political spectrum (as well as opposition) including some, mostly self-considered progressive religious circles. Negative eugenics was widely embraced, not marginalized.

The laws often reflected model legislation crafted by Harry Laughlin of the Eugenics Records Office (within the Carnegie Institute of Washington’s Station for Experimental Evolution at New York’s Cold Spring Harbor). The map above reflects the majority of states having coercive eugenic sterilization laws by 1935, often with hereditary segregation legislation. The 1935 total was up considerably from the baker’s dozen in 1913 that were located primarily north of the Mason-Dixon Line. The reasons for sterilization or segregation were diverse (insanity, epilepsy, moral turpitude, chronic criminality, addiction, venereal disease, elastic feeble-mindedness, etc.), but often applied disproportionately to women.

Laughlin’s influential 1920 testimony before the House Committee on Immigration and Naturalization advanced eugenics-based immigration restrictions. He became the Committee’s designated expert for eugenics and immigration, informing the Johnson-Reed Immigration Act of 1924, and following up in 1928 regarding eugenic deportation.

Certainly the “German connection” with eugenics and related lethalities (Aktion T-4 targeting the disabled and mentally ill) has made eugenics a largely negative meme—distant from what polymath Francis Galton envisioned in 1883 concerning his new science of hereditary control and supported through the emerging field of statistics from the likes of Karl Pearson to Ronald Fisher.

In 1936, Laughlin was awarded an honorary doctorate by the University of Heidelberg at the invitation of Medical School Dean Dr. Carl Schneider, occasioned by its 550th year jubilee, for his eugenics work—including the influence of his 1922 model eugenics statute for the Germany’s 1933 Law for the Prevention of Hereditarily Diseased Offspring. (As it turned out Dr. Schneider later performed lethal experiments on children, something Laughlin would have objected to.) Ironically, Laughlin later had multiple seizures that would have made him eligible for segregation or sterilization as epileptic in a number of the states whose laws his template inspired.

It is correct that many proposals implemented in the Germany in the 1930s had their roots in the 1920s or before from a variety of corners, including from (somewhat misnamed) Social Darwinists such as popularizer Ernst Haeckel in Germany. Haeckel cited Sparta in 1876 as a positive model concerning infants with congenital impairments. The volume, The Release for Destruction of Life Unworthy of Life of 1920, by German jurist Karl Binding and Freiburg psychiatrist Alfred Hoche was also very influential in Europe.

Yet, there were also a number of lethal proposals in the US with population quality as their aim that failed in gaining political or policy traction.

One was by W. Duncan McKim (MD/PhD from Columbia and Leipzig University, respectively) whose Heredity and Human Progress of 1899, published by Putnam and Sons, advanced the possibility of lethal solutions. McKim’s suggested populations comprised idiots; imbeciles; most epileptics; dangerous habitual drunkards; all drunkards with epilepsy; dangerous criminals—some murderers but all nocturnal housebreakers: “having met with quite general acceptance, any necessary Constitutional changes would be mere matter of detail”. A 1942 debate in the American Journal of Psychiatry (with a sympathetic editorial) regarded the possibility of homicide as treatment for certain patients in mental institutions.

Proponents of liberal eugenics—in which the locus of control is much more the individual and much less the state—rightly condemn the coercions of the past. Certainly few promote a purely procedural view of justice, that whatever cultural practices prevail are justified as long as democratically established.

Entine rightly notes that Margaret Sanger, founder of American Birth Control League (later Planned Parenthood), was an eager proponent of positive eugenics (i.e. encouraging certain births). Her eugenics vision has been suspect as racist (given presentations to KKK organizations), which has occasioned considerable controversy. The most controversial source on race is her letter in 1939 to Dr. C. J. Gamble (of Proctor and Gamble) on the “Negro Project of the South”, black physicians and clergy. It is best read in its entirety. The most troubling passage reads oddly:

The ministers work is also important and also he should be trained, perhaps by the Federation as to our ideals and the goal that we hope to reach. We do not want word to go out that we want to exterminate the Negro population and the minister is the man who can straighten out that idea if it ever occurs to any of their more rebellious members.

In 1948, however, Sanger wrote in objection to race-based disparities in perinatal care and maternal mortality, and many of her initiatives had support of important black organizations. Sanger appears opposed to abortion, but not against targeting ‘birth control’ for both economic and eugenic reasons. She sharply advocated for negative eugenic policies on a global scale in her 1932 lecture My Way to Peace, including immigration restrictions and a ‘choice’ between sterilization or life-long segregation for ‘dysgenics’—much more statist and coercive than her statements in 1919.

The intersection of eugenics and population control is not so distantly past in the US. Targeted sterilizations of Native Americans extended into the 1970s, not distant history, also involving the US Indian Health Service. Similarly mostly Latino women were targeted in California under a HEW medical training sterilization quota into the 1970s.

Today there is an ethical and rhetorical irony and dissonance in that people with various impairments, or nontypical variations, are proclaimed on the one hand as having equal dignity while also being considered, on the other, as a disutility to be eliminated prospectively either for their own benefit or that of others, or simply as cost savings compared to a healthy ‘replacement child’.

Per economics, while genetic counseling and perinatal medicine generally espouse a norm of neutrality of options regarding a particular genetic probability or marker (‘non-directive counseling’ in theory, though certainly not always in practice), cost-benefit or cost-effectiveness literature on genetic screening countenances only elimination as beneficial or effective.

While it is true that, prima facie, few would wish to have a serious health condition nor for one’s child, repeated studies indicate that those without a condition rate quality of life with the same as much lower than those actually experiencing the condition, whether or not congenital. (A non-hot-button example: quality of life given fractures from osteoporosis.) This bias holds for physicians as well in the general population.

As an example in a disappearing population: people with Down Syndrome (DS) are generally quite glad to be alive and value their lives (perhaps with more positive affect than quite a few faculty members). There is evidence that the most influential factor on maternal depression after birth of a ‘surprise’ child with DS is the attitude of the physician.

On the other hand, reflecting on the species-typical, it is common to glory in aptitudes partly attributable to genetic endowments (perhaps mostly), but somehow discount as inauthentic interpersonal, dispositional, character, even moral advantages (practical relational virtues) that many people with DS exhibit, given association or even connection to an undesired genotype.

What or who is welcome exceeds the physiological dichotomy of healthy and unhealthy but is also related to a vision of what constitutes a good life and what it means to be a member of a community, including who counts as a person.

Much of occidental culture (certainly American culture) values youth above age, activity over wisdom, and intelligence over compassion or loyalty. (If able and having to choose, would parents select their child to be more compassionate or more intelligent?) Of course the history of eugenics, whether old or new, invokes the register of compassion but with very mixed results, also given conditions that can only evoke compassion.

It is true (perhaps unavoidable) that the general context intersects discussions of abortion generally (with or without impairments or preferred gender) and the contradictory legal status of human beings prenatally (dependent on what corner of law one is considering). That is good to point out and to reflect on. Certainly the discussion of liberal or personalized eugenics, newgenics and related policy will be an important topic for a long time to come—and a shaper of what kinds of people will be welcome and valued in society and our communities.

Kirk Allison directs the Program in Human Rights and Health in the University of Minnesota’s School of Public Health.