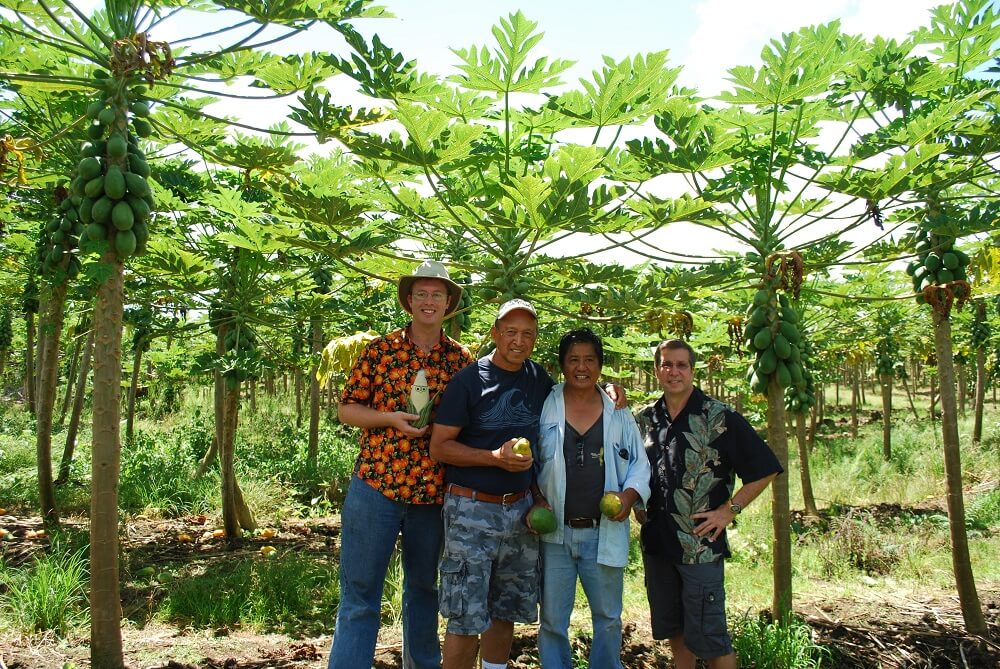 Fierce battles on Kauai and Hawaii Island could present an opportunity to learn about how innovation can dramatically reshape your prejudices. Or they can descend into chaos.

I’m a visitor to Paradise. I’ve come here, respectfully, at the invitation of farmers and ranchers because I believe in the role of technology in improving the quality and quantity of our food supply. And I believe that is being threatened by legislation now being considered that would severely restrict—and in reality could end—the innovative use of crop biotechnology.

First let me say that a discussion over GMO foods although not reflected in the current bills is a good thing. People want to be able to weigh the impact of innovations; they don’t want quick but unsustainable fixes; and they want an independent regulatory system. But that’s not what’s on the table.

Why am I now in Hawaii? I’m the founder of the Genetic Literacy Project and fellow at the Center for Health and Risk Communication at George Mason University. We are a resource hub for journalists, policymakers and the public, financed through foundation support and with a policy of accepting no industry contributions. Our goal is a simple one: help us sort through the costs and benefits of biotechnology,

I am traveling with Karl Haro von Mogel, a young plant geneticist at the University of Wisconsin and a founder of Biology Fortified, Inc. (www.biofortified.org), an independent nonprofit organization that promotes discussion of the nexus of biotechnology and sustainability.

We both believe that biotechnology and sustainable agriculture, which includes organic farming, are not natural enemies. Biotech focuses on improving the traits of the crops that we grow, while organic agriculture focuses mainly on farm management and our impact on the land. There’s no reason beyond ideology and politics why these two aspects of farming cannot work together to create a better agriculture for everyone.

But that’s now what’s going on here in Hawaii. After observing the discourse over these prospective initiatives, where the public appears to be sharply divided about GMOs, we thought we could play a role, however small, in encouraging genuine science-based dialogue.

What are the key issues? One thing we’ve heard on our few days here is the demand for “transparency”. Critics say that the federal government and the state are in cahoots, conspiring behind closed doors, to hide data that would show that GMOs or the chemicals used in the seed nurseries on the islands are dangerous to our health and the environment.

If you believe in that conspiracy theory, then stop reading; there’s really no hope for a conversation. I’m not saying governments can’t make mistakes; they do. What I am saying is that there is no hidden conspiracy. GM crops are America’s most extensively regulated agricultural system. If the goal is transparency and disclosure of biotech related practices, Hawaii already benefits from an established comprehensive evaluation and disclosure system.

Can the companies be more proactive in disclosing what and when they spray? That’s a more complicated issue than it seems on the surface, because hardcore anti-GMO activists would use any disclosure as a pretext for litigation. Let’s be clear here: the current bills being considered are not really about disclosure; they are designed to end genetic engineering. Again, if that’s what you want, there is no hope for a real discussion.

Right now, there is a poker game of sorts playing out on the disclosure front. If well-meaning critics—those who believe in co-existence but want transparency as an extra layer of protection—step to the fore, the corporations will come to the table on this issue; they’re moving in that direction already. There is a real possibility of compromise here.

The divide on other issues is wider, however. Activists say they don’t want to be human guinea pigs for corporate experimentation, that GMOs have not been tested and found safe. That’s flat out not true.

There is no more studied innovation in agriculture than crop biotechnology. There are an estimated 1000+ studies. In fact, Biology Fortified maintains a database, known as GENERA, that lists more than 650 of those, with more being added every day.

But they are all industry funded, I was told during a visit to Kauai last week. No. More than one-third of them are totally independent studies, funded by the US government, or the European Union or done at universities. Not one study that has run the gauntlet of critical review by mainstream scientists—not one—has shown that an approved GMO crop or food can cause any harm that is not also presented by conventional or organic agriculture.

But there are no long-term studies, it’s been said. I read it in a Little Red Booklet, Facing Hawaii’s Future, handed out at a farmer’s market I visited on Saturday. No. That’s not true. There are an estimated 100+ multi-month or multi-generational studies—and again, not one that has passed review by mainstream oversight agencies indicates GMO crops present any potential harm. Not one.

Let’s be real. There are food safety issues in conventional and organic agriculture Just last week, listeria was found in an organic milk supply. People die and get sick from tainted food every year. But GMOs? After 16 years and trillions of meals, not so much as a sniffle has been linked to their consumption. One independent scientist I talked with likened the danger of a food related allergy or health threat linked directly to GMOs as no more likely than earth being hit by an asteroid. It’s a risk, sure, but not a serious one. So, why this obsession by campaigners on the alleged dangers posed by GMO foods while real threats to our food supply are being shrugged off? To someone like me who is so science focused, it’s baffling.

Pesticide use is a prickly issue. Nobody wants to use them. But Hawaii lies in the humid subtropics, and like Iowa in the summer it’s a haven for bugs and other pests. Without the judicious use of chemicals, we have no food. Just ask the Kona coffee growers – some of whom are organic – who spray their crops with chemicals to fight off the destructive borer insect.

Some corn and soybean varieties are engineered to be resistant to the pesticide glyphosate; when sprayed, weeds are killed but the plant thrives. But isn’t it harmful to the environment and humans? That’s misleading. Any chemical can be dangerous if we’re exposed to it at toxic levels. Compared to older chemicals, and even some used by organic farmers, it’s remarkably mild. It’s not carcinogenic or particularly toxic compared to the dangerous organophosphates it replaced.

It also degrades 100 percent in the soil. Overall, farmers who’ve switched to GMO pesticide resistant crops use fewer chemicals. That’s a fact and it’s a good thing. Equally as important, they have been able to switch to conservation tillage or no till farming—more sustainable agricultural practices— preserving the health of the soil—exactly what organic farmers aspire to do.

If Hawaii residents want to take control of their future rather than recoil from it, consider committing yourself to learning the basics of genetics. The biotech revolution is about innovation and change—and that can be scary. That’s why genetic literacy is so important.