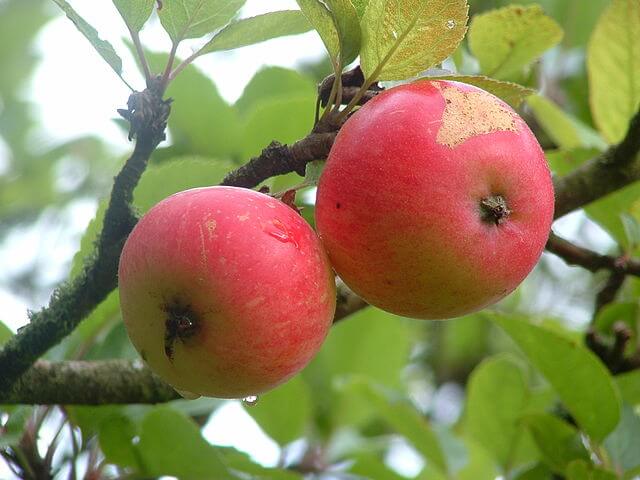 Imagine taking a big bite out of your favorite juicy fruit. Whether it be a crisp apple, a sweet orange or a tart berry, eating a piece of fruit is a delicious and nutritious way to snack.

Now imagine that being the last bite of that fruit you ever get to take.

Fruits are vulnerable to a wide variety of threats, including insects and diseases. Historically, farmers have had to turn to pesticides and crossbreeding to combat these threats.

But now, in increasing numbers, farmers and scientists are turning to genetic engineering to create fruit varieties that are stronger and more resistant to these types of threats.

While genetic engineering is heavily regulated, several scientists and farmers have discovered some key gaps in the regulation of GMOs. Taking advangtage of these gaps would allow them to cut through the red tape and produce GM fruit varieties much sooner than they would be able to if they followed the torturous multi-year process that seed companies have had to travel to get approval for their crops.

Most GM products are engineered using bacterial or viral DNA. But inserting DNA from related products, for instance, is one type of several newer techniques for genetic engineering that are slipping through the regulatory cracks. Due to the rapid evolution of genetic engineering techniques, new methods for creating GM products often fall beyond the purview of current legislation. Until the legislation and regulatory guidelines can be brought up to date, many scientists and entrepreneurs may be able to use these new methods to create GM products faster than ever before.

This might seem like great news to many farmers and scientists. In fact, a recent Nature article by Heidi Ledford pointed out that scientists and entrepreneurs are looking to push their products through the loopholes in the regulatory system to bring their products to market much faster.

“Since 2010,” Ledford wrote, “the US Department of Agriculture has told at least 10 groups that their GM products would not require regulation (see ‘ Cropping out regulation’) — removing a substantial financial barrier and speeding up development. That has encouraged academic labs and small companies to pursue specialty crops, such as apples, that have so far been ignored by biotechnology giants.”

According to Ledford, taking advantage of these regulation gaps would allow companies to expedite the process of producing disease-resistant fruit. The example she uses in her article centers on “apple scab,” a fungus-based disease that once required apple farmers to spray their crops up to 30 times a year with fungicides.

Using the latest in crossbreeding techniques, producing a strain that was more resistant to this disease would take four decades, according to the article. Such time would be more than enough for the disease to devastate crop production on a large scale.

By taking advantage of the current regulations, scientists would be able to use genetic engineering instead of crossbreeding to insert DNA from related apple varieties and create a GM apple that would save growers 40 years.

So how is it that these less onerous regulatory pathways exist?

Ledford explains that the advanced technology involved in genetic engineering has now evolved past the regulation scheme laid out in existing legislations. Ledford writes:

The regulation of GM crops in the United States is based on laws that were not tailor-made for the technology. The Animal and Plant Health Inspection Service (APHIS), the branch of the agriculture department responsible for overseeing GM crops, has so far stuck to a strict interpretation of a 1957 law designed to protect agriculture against plant pests that was co-opted in 1986 to regulate GM crops. At that time, GM crops were nearly always engineered using Agrobacterium tumefaciens, a bacterial pest that can insert DNA into plant genomes.

It would seem, then, that these gaps in regulation might allow scientists and entrepreneurs to advance their GM products and solve several potential threats facing fruits and other foods by getting GM products to the market faster.

But it is likely that this faster approval pathway might prove to be a double-edged sword for those who believe in crop biotechnology.

“One could argue that the technologies are more targeted and you’re doing things in a smarter way,” says Jennifer Kuzma, a policy analyst at North Carolina State University, quoted in the Nature article. “The flip side is that they are so powerful you can engineer multiple genes at one time.”

Although the leading global regulatory bodies agree that GMOs pose no harm not also found in conventional or organic foods, anti-GMO activists are apt to paint these new products as unsafe and potentially harmful precisely because they did not undergo the extensive (and critics say overly burdensome) regulatory review that prior products had to undergo. They might portray them as the “proof” of a regulatory breakdown. Anti-GMO activists have long been looking for ways to question the credibility of the current regulations, which have deemed GMO foods safe.

The emergence of gray areas in the GMO regulatory structure seems likely to further divide GM proponents and critics. But then again, these gaps might also provide further proof that GM foods are as safe as traditional foods.