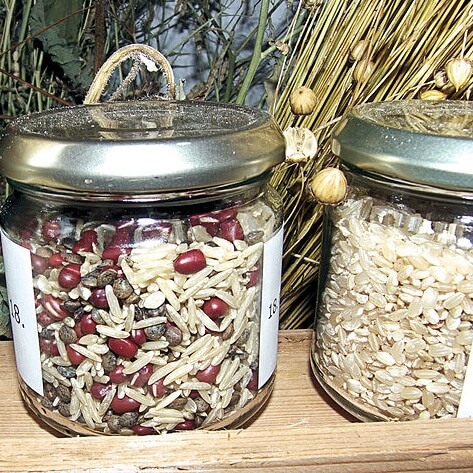 In a recent article in Scientific American, David H. Freedman posed a question in his title:  “Are engineered foods evil?” (note he didn’t use the word “dangerous” but evil). The word “evil” has religious and moral connotations but has nothing to do with science (which is purportedly the purpose of the Scientific American magazine). Apart from the title, the article has major problems and contains many misleading statements.

First it is evident from his manner of presentation that Freedman does not believe that engineered foods are ‘evil’ or dangerous: “Overwhelming evidence show that GM crops are safe to eat,” he wrote. Nonetheless, he doe not act upon his convictions but instead makes the mistake, frequently see on the television interview programs, of attempting to give a ‘balanced viewpoint’. This type of balance is known as “false equivalency”—the reflexive assumption that “reality is halfway between whatever two contending sides assert.” In television shows the objective is often to entertain rather than an attempt to reconcile opposing views. However, the objective of Scientific American is to seek scientific truth.

Freedman provides the viewpoints of four credible pro-GM scientists with well-established reputations in the field:

Similarly he cites the USDA: “GM crops pose no unique health hazards” and the European Commission, which “has funded 130 research projects carried out by 500 independent teams, on the safety of GM crops. None of these studies found any special risks for GM crops.” The American Association for the Advancement of Science, the American Medical Association and the National Academy of Sciences “have all backed GM crops”, while the US Food and Drug Administration has found “that GM crops pose no unique health risks”.

Freedman freely admits that such pro-GM views are held by the vast majority of scientists. However he does not stop at this point. In order to buttress his false equivalency framing of the faux controversy, he then seeks anti-GM scientists (who he describes as a ‘specialist in vision’ and an ‘Alzheimer researcher’, and devotes considerable space to give their non-expert viewpoints. Freedman also included the opinion of an ex-anti-GM-crop destructor who has recycled as a pro-GM activist.

Science is not a democracy; only qualified people have a ‘vote’. For example, I am qualified to have an opinion on genetically modified organisms because I have spent all of my academic career studying the subject. In contrast, I have no qualifications on ‘vision’ nor on ‘Alzheimer’s disease’. I thus remain silent on these subjects.

In the same vein, Freeman even finds a lone supporter for the much-criticized publication by Gilles-Eric Seralini et al. which, according to the French molecular biologist, “found high cancer rates in GM-fed rats”. This publication has been studied by food safety authorities in Australia, Belgium, Brazil, Canada, Denmark, EFSA, France (two independent authorities), Germany Netherlands and Romania. All concurred with the EFSA conclusion that the Seralini study is “inadequately designed, analyzed and reported.” These studies are summarized by the Public Research and Regulation Initiative. A vast number of individual scientists independently published similar conclusions.

The object of science is to attempt to achieve consensus. However, no scientific discussion will ever achieve 100% consensus. To give an example on a totally different subject: the vast majority of scientists would agree that Albert Einstein was a genius. But is it then worth interviewing the tiny minority who think that he was fool who got it wrong? I think not; yet this is Freedman’s idea of a balanced viewpoint.

A second major problem is that Freedman makes no mention of disinformation (i.e. deliberate lies) that is perpetrated, not only by the anti-GM NGOs, but also by elected governments. A recent article in Nature Biotechnology, a sister journal of Scientific America, shows that the French, German and Italian officials have knowingly written scientifically-false documents to the European Commission (EC) to justify their political ban on GM-crop cultivation. The French GM-ban document cites peer-reviewed scientific publications to justify the political stance of the government, but misquotes their results and falsifies their conclusions. Kuntz et al. obtained affidavits from the authors of the misquoted papers and made a point-by-point analysis of the French document. The French GM-ban document, which was transmitted from the EC to the EFSA, even contains false statements citing previous EFSA reports. Naturally, the EFSA was not deceived and rejected the French document as being without substance. Subsequently the Italian government submitted a GM-ban document to EFSA but this document was a word-by-word translation of the French document. What must the European public believe when their own governments simply lie to the EC about the alleged dangers of crop biotechnology?

A third major problem with Freedman’s article lies in his conclusion. He calls for increased safety testing of GM crops. In Europe we have an excellent and independent GM food and feed safety testing organisation, the EFSA. However the opinions of the EFSA are ignored by member states and the EFSA faces unwarranted and severe criticism for being pro-industry and pro-GM. The result is that many EC member states have banned GM crop cultivation and virtually no GM-crops are grown in Europe, with the exception of Spain.

The EU similarly has GM-labelling regulations, whose purported intent (like proposed labelling laws in the United States) is to ensure freedom of choice. In reality, because of these regulations, the supermarkets refuse to stock GMO food. Where therefore is the freedom of choice? On the other hand the EC does import vast quantities of GM feed from North and South America as it is necessary to replace feed that could have been grown in Europe.

It is regrettable that Scientific American published this misleading article on such an important subject.

John Davison is a Research Director (retired) at the French National Institute for Agricultural Research (INRA) at Versailles, France.