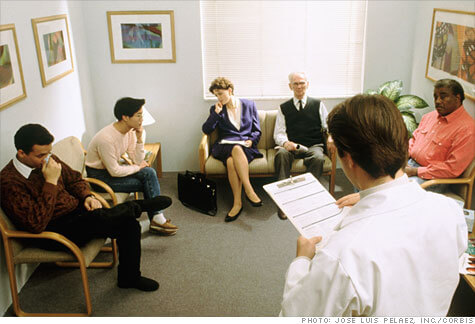 Genetic tests for everyone—carrier and predictive screening for potential health problems linked to gene mutations—are fast becoming a reality of the personalized medicine revolution. This era of affordable tests of our entire individual genome has spurred ethical discussions about whether patient access to the findings and choices about what do with the results should be restricted as compared to how the medical establishment handles the results of non-genetic medical screens, such as x-rays and blood tests. Is genetic information so different? Where does the responsibility of doctors, medical providers and insurance companies to provide patients with critical information end and where does the patients’ right to privacy begin?

This is the second article in a multi-part series that asks: Should genetic testing be singled out among other medical screens and should patient rights be restricted?

Genetic testing helps people know if they have a gene mutation that could affect their health. A genetic test for specific mutations could indicate the likelihood of a future disease or alert you as to how you might respond to a medication. This relatively new technology is becoming part of standard clinical care and will soon be a key component of how physicians diagnose and treat illness.

Despite the potential benefits of genetic tests, some in the medical community have been concerned that far from using them to guide wiser health decisions, people with direct access to their genetic information might misunderstand the predictive power of a risky mutation and make unwise decisions that hurt them in the long run. Should this information then be withheld until an expert, who can make sure the patient understands its significance, provides it?Already physicians can test for specific genetic mutations to aid in the diagnosis and therapy for more than 1000 different diseases.

The vast majority of mutations that we can now test for cannot alone predict a future health problem. This is because most mutations only have an impact when they occur in combination with other mutations or when triggered by specific environmental conditions, some known and some unknown. Hence, genetic tests can only provide a rough probability of developing a disease. Because of these parameters the probability of diseases associated with different mutations can range dramatically; in the case of breast cancer, for example, from just a few percent to 70 percent or more. Moreover, the likelihood of developing a disease could be mitigated by behavior changes or treatments.

Since genetic testing has been available, bioethicists and medical practitioners have voiced fears that patients could make life-affecting decisions based on the erroneous belief that their genes and disease associations can accurately predict the future. For example, a person with a genetic mutation that increases the likelihood of lung cancer might erroneously assume the disease is inevitable; she then might not heed medical advice to quit smoking because she thinks quitting would not prolong her life. Or, a woman might talk to her doctor about having a double mastectomy because she tested positive for a genetic mutation linked to breast cancer without realizing that the positive test is only an association not a prediction of inevitability.

To avoid such unfortunate scenarios, genetic counselor and doctor training programs have cropped up to help patients understand the actual risks signaled by mutations and whether the likelihood of an illness can be mitigated by behavior changes. For this purpose, most clinics that provide genetic tests have established voluntary pre-and post-test counseling as part of standard protocol. But the question remains: Is voluntary counseling enough?

DTC Tests: Just give me the information

Currently, patients can order many genetic tests from so called DNA direct-to-consumer (DTC) companies and receive the results without the guidance of a doctor or genetic counselor to interpret them. DTC companies sprung up around 2004 when saliva based genetic test were shown to be almost as exact as blood tests, which had been the traditional method of obtaining DNA. This allowed genetic testing to escape from the clinic as people could now provide DNA samples by spitting in a tube and mailing it to the lab at only a fraction of the cost of blood tests.

DTC testing is available from numerous companies to assess the risk for type 2 diabetes, back pain, blood clots, various cancers (including breast, lung, skin, and stomach), obesity and literally hundreds of other disorders. Sometimes insurance companies or government programs cover the cost of the tests.

The services offered by DNA DTC companies may be seen as analogous to other medical screening tests that provide clinical information cheaply, anonymously and without necessarily involving their insurance companies, including sexually-transmitted disease (STD) tests at walk-in clinics, blood tests from private labs and over-the counter tests for blood sugar, ovulation and pregnancy. For example, at walkinlab.com, anyone can get blood screened for signs of many diseases covered in DTC tests, such as cancer, diabetes and allergies.

Despite the obvious benefit of DTC services to consumers—it’s fast and far less expensive than being forced to involve a counselor, doctor, clinic or hospital—some medical professionals and ethicists have argued that easily available genetic tests outside of a clinical setting heightens the potential for the misinterpretation of results and, consequently, sets up patients to make regrettable life decisions. They maintain that DTC company advertisements may overstate the predictability of tests and people who receive results in their home do not have professional help to identify the necessary clinical follow-ups should they test positive for a mutation.

Because of all of these concerns, theAmerican College of Medicine Genetics (in 2004) and the American Medical Association (in 2008) released official statements discouraging DNA DTC testing, claiming genetic tests should only be available through physicians and interpreted with the assistance of a trained professional. At least 13 states (including New York and California) prohibit DNA DTC testing, requiring that all genetic tests be ordered and results received by a physician or other authorized health care professional.

In 2011, AMA Executive Vice President and CEO Michael Maves sent a letter to the FDA urging the agency to require “the involvement of physicians, genetic counselors, or other genetics specialists in all stages of genetic testing”.“Without the guidance of a physician, genetic counselor, or other genetics specialist,” Maves wrote, “results could be misinterpreted, risks miscalculated, and incorrect health and lifestyle changes pursued.”

Why are genetic results being singled out?

Are these concerns valid? Do they justify restricting patient rights and their access to their own medical data?

Those against requiring mandatory involvement of physicians and counselors believe individuals have a right to obtain and view their genetic information without third party intervention. They argue that the benefits from cheap and easily accessible tests far outweigh the risks of someone taking precipitous actions based on genetic tests and that counseling is not necessary in many cases. Requiring it, they say, increases the costs of tests, which could make them inaccessible to many people including those who stand to benefit most from the information.

It is true that most clinical tests—genetic and non-genetic—are better understood with input from health professionals. For example, I always have copies of clinical test results such as x-rays and blood tests sent directly to my house. In my most recent blood test, the documentation noted that I had an ‘abnormal’ level of ‘factor VIII activity’ at a measurement of ‘54L’—all of which was meaningless to me. However, I was given direct access to my test results; it was up to me to decide what additional clarification I wanted from a physician. Why shouldn’t I have the same access to my genetic information? All clinical data pose interpretive challenges; in what way are ambiguous genetic clinical information from DNA tests different from ambiguous non-genetic information from blood tests?

There is also no evidence to support concerns that people will assume genetic risks are predictions and seek out unnecessary treatments or make radical (and potentially dangerous) life changing decisions. Since DNA DTC tests became available bioethicists and social scientists have surveyed customers who received results without a doctor or counselor. Some of these systematic studies have followed how individuals reacted to testing positive for risky mutations. The large-scale studies have shown that people who receive positive genetic mutation test results are unlikely to be distressed by the results; nor are they likely to interpret an isolated result as a prediction; and they are not more likely to more seek medical treatments.

Most DTC companies test for mutations for severe diseases such as cancer and report results with various statistics to clearly show the probability of disease. It is true that a person who receives a positive result for a very risky mutation may be left not knowing the best clinical options. However, how is that different from when a woman tests positive in a home pregnancy test? Or when someone receives results from the DTC blood sample lab tests for everything from female cancer profiles to testosterone levels by companies such as Private MD Labs? Given the current accessibility of so many non-genetic clinical tests from walk-in clinics and direct-to-consumer labs, it is not clear why genetic tests should be singled out for a pre and post-test counseling requirement.

Katherine Wendelsdorf is a Computational Biologist based in San Francisco, CA.