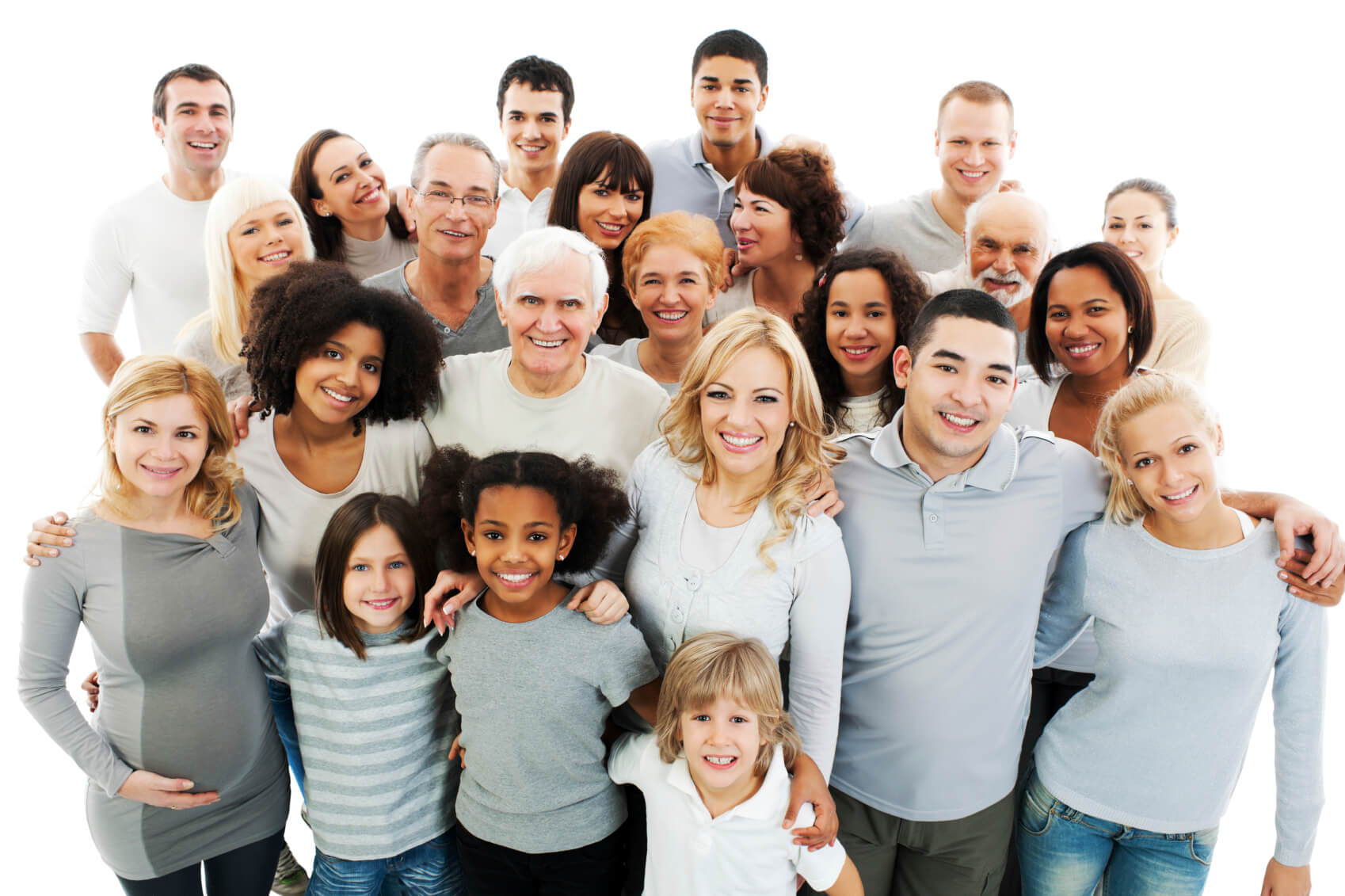 Genetic tests for everyone—carrier and predictive screening for potential health problems linked to gene mutations—are fast becoming a reality of the personalized medicine revolution. This era of affordable tests of our entire individual genome has spurred ethical discussions about whether patient access to the findings and choices about what do with the results should be restricted as compared to how the medical establishment handles the results of non-genetic medical screens, such as x-rays and blood tests. Is genetic information so different? Where does the responsibility of doctors, medical providers and insurance companies to provide patients with critical information end and where does the patients’ right to privacy begin?

This is the third article in a multi-part series that asks: Should genetic testing be singled out among other medical screens and should patient rights be restricted?

Genetic tests for mutations that can cause serious diseases, including common forms of cancer, and that predict drug effects or toxicity are increasingly available in clinics. Genetic mutations run in families; if a patient is found to have a gene fault that carries a high risk of disease, her relatives may have the mutation as well. Were family members to know that their relative tested positive, they may also want to get tested—or, at least, informed about their relative’s results.

If you test positive for a genetic mutation that could cause a life-threatening illness, does the physician have an ethical obligation to notify your family members that they may also be at risk? What if you don’t want your family to know (or deduce) that you are positive and could develop a serious or even fatal illness? Perhaps you believe that telling them of a potential, but not certain, illness would unnecessarily frighten them.

Should a patient test positive for a dangerous mutation, some doctors may feel an ethical or even legal, obligation to inform a patient’s relative that they may also carry the mutation and should consider getting tested. After all, some genetic diseases show few symptoms and can remain hidden until they have reached advanced stages at which point they are more difficult to cure. If a patient’s relative knows he has a genetic risk he could take steps to prevent the disease or, at least, detect it at an earlier stage when treatment may be more successful. For example, a patient’s relative, having been alerted of a risk of developing colorectal cancer, may be more vigilant about getting clinical screens that he might not otherwise choose to have done.

But what if the patient wants to keep his results completely private and doesn’t want this information shared with relatives regardless of any possible benefit? Doctors must adhere to a stringent health information privacy rule under the Health Insurance Portability and Accountability Act of 1996 (HIPAA). Under this rule it is illegal for a doctor to share any “individually identifiable health information” without the patient’s consent. This includes genetic information as well as all other clinical information (e.g. diagnostic test results, x-rays, check-up notes, etc.). If a doctor reveals to a patient’s relative that an anonymous family member has tested positive for a mutation, she may be indirectly revealing the patient’s identity and genetic status.

Doctors have used this exception to warn law enforcement when a patient has threatened violence against another person. Public health departments have also used it to mandate that cases of certain infectious diseases be reported so officials can intervene and minimize the spread of infection (e.g. contacting sexual contacts in the case of HIV, tracking down TB patients for required treatment).

There has been much discussion among medical ethicists and legal scholars about whether preventable hereditary diseases should be classified along with infectious pubic health hazards and physical violence as ‘serious and imminent’ threats, thus allowing genetic test results to be shared with at-risk relatives at a doctor’s discretion.

Official statements from the American Medical Association (AMA) and the American Society of Clinical Oncology (AMCO) say that the doctors’ duty to patient confidentiality restricts them from communicating genetic risk to a family member based on patient test results regardless of the nature of the potential diseases.

However other influential organizations such as the Institute of Medicine (IOM) and American Society of Human Genetics (ASHG) have issued statements that doctors should be allowed to contact relatives about genetic risk. The consensus among these groups is that the unauthorized disclosure of genetic risk to a patient’s relative should be permitted if (i) disease is highly likely to occur; (ii) the disease is ”serious“ and ”imminent”; and (iii) the disease is “preventable“ and ”treatable” (early monitoring and intervention would reduce the genetic risk).

Such cases may include patients who are positive for the breast-cancer causing BRCA mutations that carries ~80% likelihood of breast cancer and often can be avoided by a mastectomy, as Angelina Jolie chose to do earlier this year. However, this exception would not apply to genetic risks for currently incurable and unpreventable diseases, such as Huntington’s disease or Alzheimer’s, as there would be no clinical benefit from divulging this information.

If unauthorized disclosure to patients’ relatives is adopted as general practice, what would that mean for genetic privacy as we enter the age of genetic testing? Both the legal permission (by HIPAA) and the ethical support (by IOM, ASHG) given to physicians who disclose positive results of a genetic test is dependent upon whether the mutation poses an “imminent” threat for a “serious” disease.  However, this exception criterion is not so straightforward when assessing genetic risk.

Clearly colorectal cancer is a ’serious’ life-threatening disease. However, more and more testable genetic mutations are being discovered for a wide range of disorders in which the risk to life is less direct. Should relatives be notified of a genetic risk for obesity, which can then cause heart problems and diabetes? Would a physician be able to disclose that a family member tested positive for a mutation linked to a psychological disorder? Is a disease ‘serious’ if it isn’t directly lethal, but is known to significantly decrease one’s quality of life?

Each genetic mutation carries a different likelihood of being passed to relatives and then a different probability of actually leading to disease. In some cases, a disease will not manifest until old age. Given these realities, what would ‘imminent’ genetic risk mean? Is a serious disease that may manifest in 20 years with a 90% probability imminent? What about a life-threatening drug reaction that may occur with only a 1% probability? Furthermore, who is to say how distantly related the family member can be in order to be at sufficient risk for notification? There are many worms in this open can.

As more genetic links are found for diseases and behavioral disorders, ranging from obesity to depression, more conditions could be classified as hereditary disease for which family members might be at risk. If it is completely left to the doctor’s discretion to determine what is serious and imminent, then potentially all genetically linked health traits could be exempted from protection and shared without regard for patient preference.

Some scholars have argued that giving this power to physicians to share genetic test results at their own discretion undermines the confidentiality on which the doctor-patient relationship is based. The ASHG has proposed that physicians give a ’Genetic Miranda’ warning in which the physician would inform the patient before testing of circumstances that would result in disclosure of genetic information to other family members regardless of the patient’s intentions to disclose. In this way, arguably, the doctor-patient relationship would not be jeopardized so long as the doctor assures the patient of the presumption of confidentiality and outlines the exceptions to that presumption prior to testing.

Such policies, which allow the possibility for unauthorized disclosure and loss of privacy, could discourage families from seeking access to potentially life-saving genetic testing. There is also the privacy of the relative to consider. A family member may not want their association with the mutation to be documented or traced even if it is to inform him of the possibility of getting tested.

Where does a patient’s right of privacy end and a responsibility to family and community begin? The patient has the right to receive the results of a clinical test and potentially life saving information without having to share it.  But there are clear benefits to allowing doctors to breach confidentiality to alert family members of disease risk as the ASHG and IOM recommend. This could lead to susceptible people getting tested and receiving life saving treatment.

Researchers will continue to associate more and more psychological and physical diseases with genetic inheritance. As the seriousness of known inherited disorders diversifies and clinical prevention strategies emerge the harm/benefit balance of informing relatives of their risk is going to teeter back and forth. More specific criteria for disclosure of genetic risk in particular will be necessary sooner rather than later.