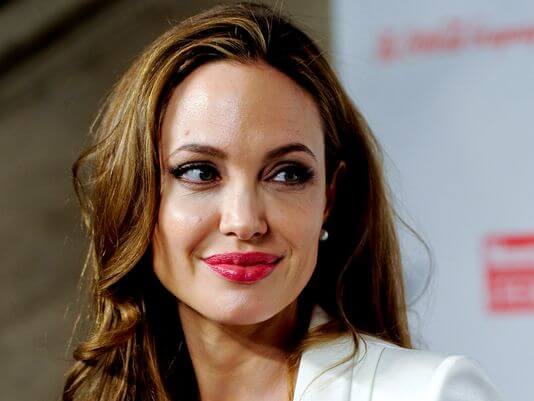 The decision by Angelina Jolie to undergo a double mastectomy after tests determined she carried a genetic mutation that elevated her chances of developing breast or ovarian cancer has led to renewed calls for expanded genetic screening. It has also raised a disconcerting question—could genetic testing actually be harmful to your health?

As is the case for many people with a family history of breast cancer, the Jolie story is very personal. She carried one of three mutations, specifically BRACA 1, that is linked to ancient Jewish communities. I can relate: My two sisters and I all carry one of these genetic mistakes (in our case, it’s BRCA2). I face a higher likelihood of contracting male breast cancer, as well as ocular and prostate cancers. Many of my family members, including my mother, developed breast or ovarian cancers. My mother died as a consequence of carrying this mutation. My young, female family members worry whether they should have their breasts and ovaries removed as a precaution.

It’s estimated that one in forty-three Jews (about 2.5%) carry one of these three genetic faults. Because humans move around and fool around, the BRCA mutations are also found in non-Jews like Jolie. It’s estimated that overall, one in nine women will develop breast cancer in their lifetime—although only a fraction can be definitively linked to a specific mutation like BRCA1 or BRCA2.

The Jolie revelation has sparked a welcomed public discussion about the benefits of testing. But it’s also raised questions about the need for counseling that often accompanies genetic screening—and calls by some to make counseling mandatory, regardless of cost or effectiveness.

The costs of mandated genetic counseling

I found out I was a potential carrier for one of the three “Jewish” breast cancer mutations in 2001, when I received a terrifying call from my oldest sister: she had been diagnosed with breast cancer.  Gratefully, she defeated the cancer but the issue of genetic screening—it’s costs and implications—took on personal significance.

After my sister’s diagnosis, I went in for my own screen. Even though the test costs just a few dollars, the elaborate process—blood test, counseling, follow-up consultations—cost thousands. That’s because scientists at Myriad Genetics had isolated and patented the two gene sequences used to diagnose these most common forms of breast and ovarian cancer.  I couldn’t be screened for these mutations without agreeing to this diagnosis and counseling regimen.

Luckily, because of my family history in battling this disease, my insurance company paid for most of the cost of the Myriad tests. But my out of pocket expenses still ran into the hundreds of dollars. Most other people in similar circumstances are not as fortunate. Many people don’t have insurance and many others who do are denied reimbursement unless they have a family history of breast cancer.

Myriad is at the center of a debate over whether companies should be allowed to patent human genes. The Supreme Court is expected to rule any day now on a challenge to Myriad’s patents; the justices heard oral arguments in April. It is a complicated and contentious case, but not one I’m addressing here. My focus is on the test itself: should it be readily available to a wider population? And if so, should those who take it be required to undergo expensive counseling that in my case drove the cost from a few dollars to a few thousand dollars?

The first question is easily answerable. In the past few years, a number of companies have developed inexpensive screening tests for prospective parents. These prenatal screens can determine the likelihood of their offspring developing so-called Mendelian disorders—diseases (like those linked to BRCA1 and BRCA2) caused by mutations in single genes. State and federal agencies and insurance companies are gradually adopting these tests; after all, an investment of a few hundred dollars on a test could prevent a disease that could cost hundreds of thousands of dollars down the road. There is some resistance to these tests, just like amniocentesis faced years ago; but the medical establishment and most people will inevitably embrace them.

Assuming these tests become widespread, will the government step in and require that inexpensive screens be linked to mandated counseling—which can sometimes cost 10 times more than the test itself? This is already the case for those who seek out a test for BRCA1 or BRACA 2. Myriad requires counseling with the fees split between the testing company and the clinic or hospital that administers the test. Those who can’t afford the mandatory counseling are out of luck. Barring Myriad’s hardship pass, they will have to choose between their economic well-being and their family’s health.

A few years after my positive BRCA test, I faced that very dilemma. I had other family members under my care that needed a test, but temporarily had no insurance coverage, and I could not afford the $3000+ price tag for the test and counseling. It was an excruciating time.  Luckily, in 2010, a US District Court temporarily invalidated Myriad’s patent rights. For two years, until that ruling was reversed (setting the stage for the current Supreme Court decision), other companies jumped in to offer the test at drastically reduced rates.

I had a family member screened by the personal genomics company 23andMe as a free add-on to its then-$99 broad-based genetic test, which covers more than 240 health conditions and also reports on ancestry. They could test for BRCA mutations as a “freebie” because the test—now done accurately by swabbing the inside one’s mouth—costs almost nothing and they did not require extensive and expensive genetic counseling.

Are counseling sessions necessary? Not always. In my case, the answer was “no.” I was well versed on the test and its consequences and found the counseling worthless and time-consuming. However, for many people unfamiliar with the disease and how to interpret a genetic test, counseling could be very useful.

The sticking point here is choice. Should everyone be required to undergo counseling as part of screenings, as is now the case with the Myriad tests? If such a requirement became widespread it could economically damage or force the shut down of entrepreneurial genetic screening companies that are offering a wide variety of tests at very low costs to the public. The medical establishment is lobbying hard to make counseling mandatory, which could end the era of inexpensive direct access tests.

This developing drama played out in a recent article by Cheryl Platzman Weinstock in Oprah, reposted on Huffington Post last week. The original title, in the magazine, is inflammatory: “When Genetic Testing Can Be Dangerous to Your Health.” It’s in part a powerful personal story about the consequences of DNA screening misdiagnoses, but it’s positioned as an argument for mandatory screening. It opens with the anecdote of one woman, whose test for breast cancer came back positive. She had a mastectomy only later to find out that the gene variant she had was of “uncertain significance,” and in fact the surgery had not been necessary.

The article is well meaning—after all no one should assume that any diagnosis is definitive, and second opinions are always suggested when major surgery is in the offing. But there were some gaping holes in the story. Readers were not told of the details of the original diagnosis or why the original test was deficient. “Acosta’s ordeal highlights why it’s so important that clinicians be adequately schooled in genetics before they offer testing to patients,” Weinstock writes. “Until the majority of doctors catch up with the science, meeting with a genetic counselor or a clinician with training in the field is your safest option.”

Weinstock’s recommendations—let’s have more and better genetic counseling—are obviously wise. Let’s educate more clinicians and provide genetic counselors, when appropriate. But should we require counseling, which many doctors now argue for?

Large biotech companies, such as Myriad and Genentech, that offer proprietary tests through physicians at far higher prices than those offered by startups, are trying to lock in the current system that by and large requires counseling, regardless of cost. They’ve filed “citizen’s petitions,” which encourage the Food and Drug Administration to regulate smaller competitors out of the market. They are joined in this effort by the American Medical Association, which has urged the FDA to mandate that a physician register a billing event every time patients want to view their own genomic profile—a backdoor way to require counseling. Why the counseling requirement? The AMA and a few members of Congress have suggested that consumers might, in the words of one congressman, “jump off a building” after finding out that they might have a genetic predisposition to a disease. Supposedly, a counselor would preclude such spontaneous meltdowns.

Despite numerous studies debunking the notion that individuals have severe negative psychological reactions to their own genetic information—including a large peer-reviewed report in the New England Journal of Medicine—the AMA holds by its belief that citizens cannot be trusted with direct access to their own DNA data. In taking this stance, the AMA is out of sync with the younger, more technologically savvy physicians of the Health 2.0 movement who believe that one way to keep health costs down is to empower patients by giving them access to their own medical records, including their own genome.

Personal genomics is revelatory and scary—and potentially of great personal and medical importance. Let’s hope that we don’t overreact to the powerful tools now becoming available by setting restrictions on their availability. Genetic counseling should be a choice—not an expensive mandate that will prevent many consumers access to critical knowledge about their health and history.