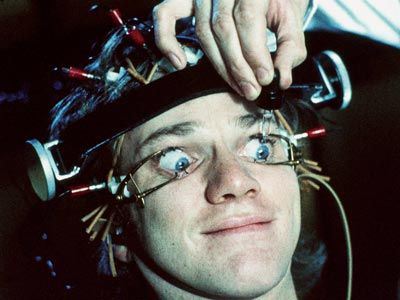 I recently had the occasion to witness something new in the debate over GMOs. An instructor at the University Of Northern Iowa (UNI) invited two guests to provide a civil discourse for the benefit of her college class. The class was to engage in an exercise, analyzing both arguments and reflecting on how biases can distort how we discuss issues. They chose crop biotechnology as the subject to debate. Students were invited, as well as the public, which is why I attended. I hoped to gain insight on both sides of the issue.

The two guests were Dr. Ruth MacDonald, chair and professor of the Food Science and Human Nutrition Department at Iowa State University (ISU), and Dr. Kamyar Enshayan, director of the Center for Energy and Environmental Education at UNI. Leading up to the debate, I did a bit of research on both guests. Dr. MacDonald has had a long and illustrious career in the field of Food and Nutrition both as a researcher, and an academic. Dr. Enshayan has had a more circuitous route to get where he is today, having begun his career as an agricultural engineer, and finally now a director of a Center at UNI and along the way studied in several different disciplines.

What caught my attention was Dr. Enshayan’s professed dislike for modern commercial agriculture, or “Industrial Agriculture” as he likes to refer to it. I’m not really sure what Industrial Agriculture really is as he clearly put me in that category, but to him it’s something to be hated and feared. He recently wrote an opinion piece for the Des Moines Register in which he compared large scale farming to “Breaking Bad”. You know, the series about the guy with terminal cancer who decides to make meth to fund his families’ future? Yeah, that “Breaking Bad”. In effect he labeled me a cancer patient who makes meth to support his family? Yep, he sure did.

It should have been no surprise that the “civil discourse” exercise at UNI provided as many questions as answers. In his opening statement, Dr. Enshayan did not provide a reason to label GMO crops due to their genetic make-up; instead he supported a label so that the consumer could identify the production method: Industrial Agriculture vs Organic or in his mind Bad vs Good. Dr. Enshayan blamed Industrial Agriculture for creating a simplified system of agriculture, nitrogen pollution of rivers and streams, loss of biodiversity, injustice toward farm workers, the dead zone in the gulf, loss of rural communities, the reduction in population of the Monarch Butterfly and nearly everything in between. I suppose we farmers had a hand in killing Kenny from South Park too? Having been part of the pro/anti-modern ag debate for some time, I’ve learned the talking points of the “antis”. He nicely tied together nearly every activist argument except the Seralini Rat study disaster. Oh but wait…that’s coming!

Dr. Enshayan had a flair for the dramatic. At best, when it came to presenting studies that support his argument, he was a cherry-picking son of a gun. At worst, he was deliberately misinforming his audience using flawed analysis studies that hint at a point he wanted to make. He was very critical of one crop that I grow, herbicide resistant Roundup-Ready corn, which I grow.

For example, he cited a recent joint study between ISU and the University of Minnesota that showed a decline in the monarch butterfly population, which is true. Now I’m just a farmer, not a butterfly researcher, but I can tell you something by reading the report that the researchers involved did not make a direct link between genetically modified glyphosate-tolerant crops and the decline in overwintering monarch butterfly populations in Mexico. Yet, Dr. Enshayan made the causation link because it fits his stance. His comments showed his obvious confirmation bias against crop biotechnology.

Dr. MacDonald addressed Dr. Enshayan’s claims that GE foods are dangerous by explaining that the human body is designed so that it does not incorporate strands of DNA that we ingest into our own DNA. In its most simplistic form, humans ingest food that contains DNA. DNA is broken down into proteins and then absorbed into the body as an amino acid. The human body cannot detect the source of the amino acid.

With a closer analysis, and the use of scientific data, Dr. MacDonald sent Dr. Enshayan’s biases and arguments up in flames faster than the shop cat whose tail got too close to the fire. To this interested observer, Dr. Enshayan had his rehearsed talking points, but when presented with a solid counter argument, he retreated to his rehearsed anti-modern ag mantras or had no response.

Dr. Enshayan concluded with a question: “If GE crops are the solution, what is the problem? Clearly, there is no problem!” GE crops, he concluded, are unnecessary and even dangerous.

Related article:  Glyphosate could be pulled from European market if EU doesn't reauthorize by June 30

With all due respect to the good professor, I doubt he was aware of the herbicide resistance issues that started to arise in the 1950’s as this report states. He is clearly out of touch with modern agriculture and out of touch with the reason so many farmers have adopted GE crops. The use of Roundup-Ready (glyphosate) crops has allowed us to use safer chemicals, lessen the reliance on tillage for weed control, and save more of our valuable Iowa soil in the process. Herbicide resistant weeds were the problem, and GE Roundup-Ready technology was the solution! I would think this is something a Director for Energy and Environmental Education would whole-heartedly embrace.

Dr. MacDonald did not have a closing statement as she covered the issues pretty well previously and left it at that.

The discussion concluded with a question and answer period for the two panelist; they received just two questions from the audience.

One student asked: “If the EPA/FDA/USDA says that these GMO crops are safe, why is it that other countries have banned them?”

Dr. MacDonald answered quite appropriately that the bans in other countries were driven more by politics than data. The scientific community in the EU has publicly proclaimed the current GE crops to be safe, and no different than the non-GE crops. Politicians in some countries have voted to ban or restrict GE crops. Dr. Enshayan had no response.

The second question came from a woman who didn’t have a question as much as a statement. It revolved around the evils of big international corporations and how they “force us to eat food that is not healthy”, etc, etc. She then concluded with: “and there have been no long-term studies about the safety of GMO’s and the one long-term lab study showed that when fed GMO grains, all the rats got cancer!” Ding, Ding, ding!!!! We have a winner! The Seralini rat study! What GMO/non-GMO discussion is complete without the mention of Seralini and his widely debunked rat study that was withdrawn by the journal that published it!

Dr. MacDonald fielded the question, explained that there is no evidence of any harm associated with eating GE foods.  There was no response from Dr. Enshayan.

In the end, the five other adults and thirteen students in attendance didn’t get to hear a discussion on GMO labeling as much as they heard a professor with a platform of propaganda get schooled by someone who bases her views on scientific fact.

Reflecting on what I had witnessed, it was apparent to me that Dr. Enshayan lives in a completely different reality than my own. His views neatly fit into an anti-GMO, anti-modern ag activist training manual. I came away with several other impressions, foremost was the fact that a great deal of misinformation about GE crops still exist, but most concerning is a lack of awareness of simple human biology and plant genetics.

Another thing that concerns me as a farmer is the fact that every day in class Dr. Enshayan has a captive audience of college students, many of whom likely have no knowledge of what happens on a modern farm. We need diverse, opposing points of views to keep us all thinking critically, but we do not need the type of misinformation that I had just heard. If the student’s only knowledge of farming comes from him or someone with such uninformed views, the damage done to agriculture will be irreversible.

I had hoped to hear a lively debate on the pros and cons of GMO crops and whether or not they should be labeled. Instead, I witnessed what appeared to be a microcosm of the debate that has been simmering between those involved in agriculture, food and nutrition, consumers, and activists.  Facts and experience on one side; bias and agenda on the other; and the audience with glazed eyes – some of whom didn’t stay to hear the whole debate. Is this indicative of the wider conversation, or just a local anomaly? I don’t know, but if it is indicative of the conversation going on out in homes, supermarkets, farmers markets and classrooms, we clearly have much education left to do.

Dave Walton, a contributing columnist to the GLP, is a full-time farmer in Cedar County, Iowa growing GM and non-GM corn, soybeans, alfalfa and pasture on about 500 acres of the world’s most productive soil.