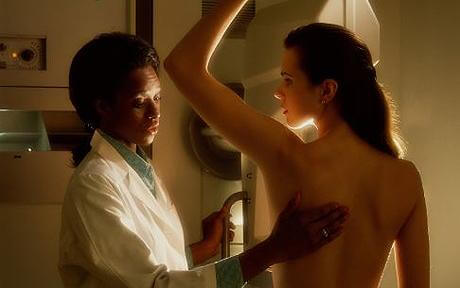 More than 250 years ago, the French surgeon Henri Le Dran described a patient, age only 19, who believed her breast cancer was inherited from her relatives with breast cancer. Le Dran was skeptical, but the patient may well have been right.

Nearly 20 years ago, Mary-Claire King and her colleagues announced the firm identification of BRCA1, the first gene known to predispose to breast cancer when it is mutated. Identification of BRCA2 was revealed the next year, in 1995. BRCA1 and BRCA2 are classic tumor-suppressor genes that repair breaks in double-stranded DNA. Researchers have identified thousands of mutations in these two genes, but the effects of most are unknown.

The best-known disease-causing BRCA mutations are rare in the general population, but at least one of the three most common ones occurs in 1 out of 40 Ashkenazi Jews. Predisposing BRCA mutations have been discovered in other populations too, notably Scandinavians. But even with the BRCA mutations known to cause disease, the range of risk is huge: 40 percent in some people, nearly 90 percent in others, and usually it is not clear which person with the mutation is at highest risk.

Beyond the BRCA genes

This uncertainty is characteristic of nearly all “genetic” disease. Possession of a disease-causing mutation does not necessarily mean the disease will happen, because risk is modified by a number of other factors, many so far undiscovered.

The BRCA genes are the best known, but are involved in only 1 out of 4 cases of breast cancer with a hereditary component. Most breast cancers are not familial. About 70 percent have been considered sporadic. Does that mean they are not genetic? Not at all. Dozens of genes are now known to contribute to breast cancer, most of them in only a small way, probably in concert with other genes and through interaction with the environment. One researcher has speculated that there may be upwards of 100 more such genes still to be found, and not all the ones that look suspicious will turn out to be harmful.

Breast cancer genes are individually rare. Many identified so far are involved in DNA repair. Our DNA is mutating constantly. Most of those mutations cannot be prevented. But they can be fixed–if our DNA repair systems are in good working order.

Some genes involved in breast cancer are especially vulnerable to derangement, perhaps because they live in what King calls “bad neighborhoods.” A bad neighborhood for a gene is one near transposons, DNA that can jump around in the genome. Transposons sometimes jump right into a gene, and that’s generally bad news for the gene. (I wrote about transposons here at GLP last fall.)

Other high-risk genes and some moderate-risk genes

I won’t name all the genes believed to affect breast cancer risk, but here are a few. There are a small number of high-risk genes besides BRCA1 and BRCA2. Breast cancer is a feature of some syndromes, and so the associated genes–all tumor suppressors–are regarded as dicey when mutated. Mutant TP53 causes many cases of Li-Fraumeni syndrome, which increases the risk of cancer in the young, including breast cancer. Sometimes this syndrome is caused by a different gene, CHEK2. PTEN is a cause of Cowden syndrome, where breast-cancer is also common. STK11 is responsible for Peutz-Jeghers syndrome. CDH1 causes hereditary stomach cancer but also breast cancer.

Moderate-risk genes include the aforementioned CHEK2, plus BRIP1. Also the ATM gene. It causes ataxia telangiectasia, whose most obvious symptoms are neurological–problems with movement and balance. But ATM can result in breast cancer too. The list also includes PALB2, which is involved with BRCA2 in DNA repair. When mutated, PALB2 can increase the risk of cancer substantially. But it’s not very vulnerable to mutation, and so contributes to very little breast cancer.

Today breast cancer is thought to be associated with a few rare high-risk alleles like the BRCA genes, a few moderate-risk alleles and several (or many, or maybe more than a hundred) common alleles that individually raise the risk only slightly. Many cases of breast cancer (and other “genetic” diseases) that run in families are probably due to a combination of these low-risk gene variants. The mutations, while individually not especially dangerous, can be far more grave when combined. Current thinking is that they may explain a substantial proportion of familial breast cancer.

Some genes associated with breast cancer may be mutated but don’t always cause cancer. These are usually called low-penetrance genes. Others may be mutated, but the effects of those mutations are not known. These are often referred to as variants of uncertain significance. Some of these probably have different consequences in different ethnic groups.

The new generation of DNA sequencing techniques makes finding such genes in individual patients more practical than it used to be. But because of their ambiguous effects, finding them doesn’t necessarily make patient care easier. Sam Kean, who wrote about the non-BRCA genes involved in breast cancer in a recent Science [paywall], quotes one researcher as pointing out that genetic diagnosis may be easier, but interpreting the results has become more difficult. That’s because, in individual patients, the consequences of most of these mutations are unknown.

“This has led to a lot of handwringing among doctors and genetic counselors about what to do in the short term: when and whether to test the full panoply of other breast cancer genes in their patients, and how much to reveal to women who are tested,” says Kean. Some of the experts even suggest holding off on telling patients they possess certain mutations of unknown significance until geneticists can better assess the risk. However long that takes.

Researchers Sandra E. Filippini and Ana Vega think tests that will look at several breast cancer genes in one sweep should be a research priority. Kean points out that several multi-gene tests are already on the market, but they don’t always include the same genes. One researcher he quotes points out that as yet there are no consistent, evidence-based guidelines for testing–or deciding not to test–nor even a consensus about what genes should be included in such a test.

In 2012, the Cochrane Library published a review of the few studies documenting how patients fared after professional assessments of genetic risks for breast cancer. The study concluded, “cancer genetic risk-assessment services help to reduce distress, improve the accuracy of the perceived risk of breast cancer, and increase knowledge about breast cancer and genetics.” But the studies they reviewed seem to involve the BRCA genes only where the effects are quite well-defined compared to the uncertainties attendant upon the many newly discovered genes. Not to mention the undiscovered ones.

Will genetic testing and counseling still reduce distress when they reveal genes of “low penetrance” and “variants of unknown significance?” The thought of breast cancer is so panic-inducing that some women opt for the Angelina Jolie solution–double mastectomy–even when their mutations do not involve the BRCA genes, according to Kean.

In addition to the single genes and their variety of mutations, other genetic mechanisms can also lead to breast cancer. Genetic accidents that can cause cancer are numerous and various: genes can fuse together, or there may be short deletions of DNA, instability of short repeating sequences, loss of single genes and their surrounding DNA, variations in the number of copies of a gene, mistakes in chromosome structure or chromosome number. Also, pathological DNA alterations need not be inherited to cause cancer; they can occur in body cells, for example breast cells. “These heterogeneous events not only drive cancer through a multistep route, but also result in the progressive accumulation of further DNA damages,” a group of Italian researchers wrote last fall.

And then there are epigenetic factors that alter gene behavior. Methylation can go awry. Noncoding RNAs such as microRNAs can control genes in a critical cell and can either act as tumor suppressors or encourage tumors to grow. Researchers are just beginning to attend to the role of another noncoding RNA, called long noncoding RNA, in development of breast cancer.

Epigenetic mechanisms are a way for the environment (what we eat, for example) to affect development of breast cancer. Most of those environmental factors have yet to be identified. Yet they may turn out to be crucial for breast cancer, and at least some of them—again, what we eat for example—might be easy to modify. If only we could discover them.

The frustrations of complexity

This formidable tangle of causes and potential causes and still-unknown causes, genetic and otherwise, is characteristic not only of breast cancer, but of other complex disorders–heart disease, asthma, obesity, and lots more. Next-generation sequencing will help sort out the tangle. The Italians are optimistic that sequencing “is expected to lead to the definitive molecular characterization of breast cancer subtypes, the elucidation of affected molecular pathways and the establishment of biomarkers and pharmacological targets.”

But it’s going to be a long haul. Some studies that might be useful for revealing risks are probably not practical. Linking very rare mutations with specific pathologies and risk would require enormous clinical trials, for example.

And that’s not all. While I was researching this piece, I encountered a post at the fine group science blog The Mermaid’s Tale contending that some of the problems presented by research into complex disorders like breast cancer may simply not be soluble. The post was by Anne Buchanan, an evolutionary anthropologist at Penn State. She argues, for example, that even if they were practical, enormous clinical trials could turn out to be self-defeating. That’s because the bigger they are, the more diversity and complexity they will introduce into the statistical mix, which will make tracking down causes that much more difficult and elusive..

She also argues that there are research issues in complex disorders that are impossible to correct for, even in principle. She names a handful; I won’t go into them all, but here’s one that’s certainly applicable to breast cancer and other such labyrinths: Research on environmental factors in complex disorders begins with the erroneous assumption that these factors will remain static over time, that gene-environment interactions will be in two decades what they are today. (An aside: She notes that this inability to foresee future events and behavior is an argument against the proposal to do whole genome sequencing with all newborns in order to predict future disease. I discussed this proposal here at GLP a couple weeks ago.)

She concludes with this daunting food for thought: “[I]t’s probably not going to be possible to predict the chronic diseases we will get as we age, either from our genomes or from our environmental exposures, particularly those that haven’t happened yet. In fact all of us are walking around with genetic mutations that should have felled us, but haven’t.”