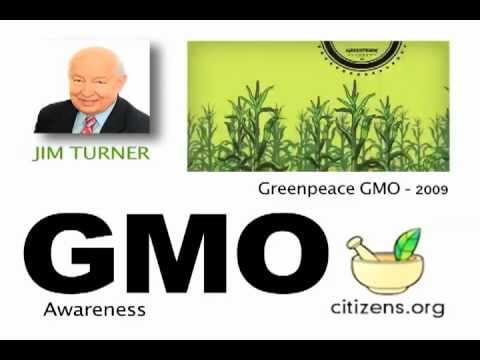 Do you believe in magic? That’s the provocative title of a 2013 book, the tour-de-force deconstruction of the supplement and alternative medicine industry, by Paul Offit, head of the Infectious Diseases Division at the Children’s Hospital of Philadelphia.

Half of all Americans use some form of alternative medicine, including acupuncture, faith healing and chiropractic manipulation, and it’s believed even more embrace homeopathic drugs, megavitamins and supplements. But do they work?

The science is clear: in almost all cases, the alternative health industry is a naked emperor—a promoter of scientifically questionable theories and unproven and often expensive remedies that at best do nothing but at worst expose the credulous to adulterated products and dangerous treatments. In Offit’s eyes, and in the view of most mainstream scientists, the alternative health industry as it sometimes refers to itself often veers into quackery.

Who are the leaders behind this movement? What causes does it support to deepen the devotion of its true-believing customers and drive sales?

If you want to know a prominent moneybag behind the GMO labeling and anti-GMO demonization movement, look to Joseph Mercola, who runs an alternative health products empire through his website, Mercola.com.

If you are looking for an influential source of disinformation about crop biotechnology and science in general, scurry over to conspiracy mogul Mike Adams’ NaturalNews.com, which has earned a reputation as the world’s ‘#1 anti-science website.

But if you want to know how this movement works at the grassroots level, where you can find the organizational foot soldiers of anti-science, look no further than Citizens for Health (CFR).

Citizens for Health has a glossy reputation in some liberal circles as a defender of, well, health. But its history is tied to directly to promoting questionable potions and pseudo-therapies. It bills itself as the “consumer voice of the natural health industry”—which is pretty accurate. It was launched by Washington, DC attorney James Turner in 1992, around the time that the Food and Drug Administration was moving to clamp down on fringy alternative medicine practices. The late Joe Bassett, owner of Toledo, Ohio-based Bassett’s Health Foods, which got a sizable portion of its revenue selling questionable pills and potions, was a co-founder.

The catalyzing event for the movement and the nascent Citizens for Health occurred that May in Kent, Washington, just north of Tacoma where CFR had an office. FDA agents dressed in bulletproof vests burst into a clinic where patients were being injected with vitamins, minerals and amino acids to treat a variety of ailments. Captured on videotape by a patient and broadcast widely on the television news, the raid ignited an uproar among alternative devotees, which, then as now, made up a sizable and vocal minority. Alternative-medicine promoters, then as now, allied with Hollywood celebrities to put the government on its heals.

“Start screaming at Congress and the White House not to let the FDA take our vitamins away,” said Sissy Spacek, who took the lead among celebrities endorsing mega doses of vitamins, herbs and homeopathic remedies.

The FDA was responding to the emerging science consensus that many if not most of the vitamins and “medicines” sold in natural foods stores were worthless or even dangerous. In 1991 alone, the deaths of 16 children under 6 years old were attributed to accidental poisoning from iron supplements. But the alternative health movement, then only a fraction of its current size and influence, had the support of many liberal Democrats in alliance with powerful Republican Senator Orrin Hatch, whose home state of Utah was a budding center of the industry.

Hatch blocked the FDA from aggressively targeting the growing fraud in the industry and in 1994 guided through passage of the notorious Dietary Supplement Health and Education Act (DSHEA). It bowed to industry pressure to classify dietary supplements as unregulated foods instead of drugs and protected it from mandatory labeling or requirements to certify the purity, safety or effectiveness of its products—loose regulations that have haunted medicine and mainstream science ever since, and undoubtedly have led to hundreds if not thousands of injuries and deaths.

Since then, the Citizens for Health has spurred its army of letter and email writing acolytes into action any time Congress even whispers about imposing reasonable oversight of the largely unregulated industry. It helped kill an effort in 1995 to clarify what could be put on dietary supplement labels, helped take the regulatory fangs out of 2006 dietary supplement and vitamin legislation, was influential in blocking legislation in New York in 2007 to properly regulate dietary supplements, and was key in the scuttling of a 2010 bill that would have allowed the FDA, for the first time, to move against deceptively promoted supplements and acted as point on numerous campaigns to expand the FDA’s oversight responsibilities.

Citizens for Health, whose headquarters are the law offices of Turner & Swankin in Washington, DC, now has at least 168 chapters in all 50 states. Like Mercola and Adams, CFH embraces a familiar array of fringe health conspiracy theories, including the alleged dangers of childhood vaccines, fluoride, artificial sweeteners, livestock antibiotics, radiation from cell phone towers and potential cancer risks from hand-held mobile phones. It’s also mobilized against the high fructose sugar processing industry, which has led to accusations that it’s a front for the sugar industry. CFH has acknowledged quietly taking at least $300,000 in a coordinated lobbying effort with Big Sugar. “If a marketplace player is willing to support advancing the consumer interest, it’s really important to work with them,” said an unapologetic James Turner, the chairman and mastermind of CFH. Scientists say that there is no evidence that refined sugar is healthier for consumers than high fructose corn syrup.

Corn syrup is made mostly from GMO corn, which has been one of Turner’s bogeyman for years. CFH dove into the GMO debate in 2009, expanding its alarmist campaign to frighten consumers, many of whom turned away from foods made with genetically modified ingredients that are regulated and tested to ‘roll of the dice’ supplements and megavitamins, which most doctors believe provide few benefits and can be harmful.

CFH heavily promotes anti-science cranks, such as Jeffrey Smith, head of the one-man-band Institute for Responsible Technology, who often enlists the NGO’s citizen army to support his efforts. Turner is on Smith’s board and was an original co-registrant of his Institute in Fairfield, IA. Smith is one of numerous high profile alternative medicine and health proponents for whom Turner provides official and unofficial legal and lobbying services.

As a young attorney, Turner led the charge against cyclamates and aspartame in the 1960s and 1970s, and more recently took on Stevia, a competing artificial sweetener, as a client. The website of his law firm, Swankin & Turner, states he started a public interest group, the National Institute for Science, Law, and Public Policy, in 1978 to “bridge the gap between scientific uncertainties and the need for laws protecting public health and safety.“ Its central effort has been rallying against amalgam dental fillings that contain mercury and representing aggrieved patients who claim they suffered serious health problems. Turner founded Dental Amalgam Mercury Survivors, based in Albuquerque, New Mexico with chapters in over 40 states, to recruit alleged victims and lobby for mercury free fillings.

The FDA has concluded, “no valid scientific evidence has shown that amalgams cause harm to patients with dental restorations, except in the rare case of allergy,” a conclusion supported by mainstream research, although politicians in one country, Sweden have voted to ban mercury over alleged health concerns.

Besides representing the natural products industry and leading the campaign against GMOs, Turner has another reputation: it appears he’s a swaggering swinger. He is a founder and registered business agent for Anakosha, a self-described “swingers club” in Florida, and partner with the National Coalition for Sexual Freedom (NCSF) with whom he helped launch a “Swing Leadership Conference.” He is a senior advisor to the Woodhull Sexual Freedom Alliance, a group aligned with the former heads of California’s Prop 37, labeling icon and ‘sex coach’ Pamm Larry and her former roommate and sexual therapy business partner Adrienne Parker.

On his firm’s website. Turner refers to himself as a “source of enlightenment to the consumer movement, industry and public policymakers alike.”