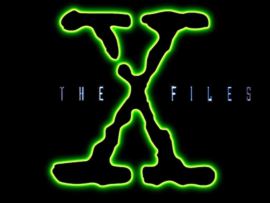 The media has had a lot to say about the two Y chromosome papers published in Nature last week. That’s because the papers showed that that the poor little thing wasn’t the “rotten Y,” doomed to extinction, after all.

The Y, creator of the male sex in nearly all mammals, has lost more than 95 percent of the genes it possessed when it started evolving from the X chromosome nearly 200 million years ago. The result was prophecies that the Y (and maybe men?) were on their way out. “But the decline and fall of the Y has stopped,” Josh Fischman rejoiced at Scientific American.

The new research showed that the Y has managed to hang on to crucial genes having nothing to do with sex, those involved in tasks like protein synthesis and gene activity. They are housekeeping genes, but housekeeping genes essential to survival. Erosion of the Y stopped happening more than 25 million years ago.  The paper from researchers based at the Whitehead Institute declared, “[B]eyond its roles in testis determination and spermatogenesis, the Y chromosome is essential for male viability.”

The evolution of sex

The media mostly ignored what these papers had to say about a topic dear to the hearts of nearly all of us: the evolution of sex. I speak here not of sex-as-mating but of the evolutionary process that led to the sexes, females and males.

Sexual reproduction, the combination of genetic material from two organisms to create other organisms, is probably a billion years old. For most of that time sex differences appear to have been produced by something in the environment. In many reptiles, for example, temperature of the embryo during development inside the egg is the deciding factor in creating, say, a female turtle or a male one.

But sex chromosomes have evolved independently many times in many organisms–vertebrates, invertebrates, and plants. In the evolutionary line leading to mammals and eventually humans, the X and Y sex chromosomes began as just the usual paired chromosomes, autosomes we call them now. Genetic sex came about when one of the X chromosome genes, SOX3, mutated and began devising a new chromosome, the Y.

Behold, the invention of sex chromosomes in mammals. This took place, says the new Y chromosome paper from a joint Swiss-Australian research group, some 180 million years or so ago, which is more recently than had previously been thought. It happened in the last common therian ancestor of placental mammals and marsupials.

The new mutation, SRY, acts on undifferentiated gonadal tissue in the fetus to form testes. This gene changes the default female model mammal into a male. It configures male anatomy and musculature and other male characteristics and also governs sperm production.

As you probably know, a female mammal has two X chromosomes, one each from mother and father, and a male has his father’s Y chromosome but only one X, from his mother. The proto-Y, which began as an X chromosome with the brand-new SRY gene, then altered dramatically, partly due to major events like flipping over chunks of the chromosome. These inverted sections could no longer pair with the X. The X and Y have by now diverged so much that only their very tips can recombine.

The sex chromosomes are a nice example of convergent evolution, in which different groups of organisms develop similar traits independently. Once sex chromosomes had been invented by the marsupial/placental ancestor, other creatures went along.

In fact, the monotremes followed suit quite soon after the therians. Monotremes are those weird mammals that carry on the reptile practice of laying eggs instead of converting to bearing live young like the rest of the mammals. The only surviving examples are the platypus and the porcupine-like echidna. Their evolutionary path diverged from the marsupials and placentals before the SRY gene appeared. Still, they hastened to develop sex chromosomes too, an estimated 175 million years ago. Monotremes have 5 Y chromosomes, but invented them via an alternate sex-determining mutation, which the researchers think is in the gene AMH, called AMHY in males.

One reason details about Y chromosome evolution have been so long in coming is that the Y is a torment to sequence. Those DNA inversions cause trouble and the Y has lots of confusing repetitive DNA too. Both these papers were an enormous amount of work, resting as they did on detailed DNA comparisons of many animals. The list comprised placental mammals (including several primates: humans, all the apes, plus both Old World and New World monkeys), marsupials, monotremes and also birds.

It’s not easy being male

Despite the general huzzahs greeting the news that the Y chromosome appears here to stay after all, becoming a male can be touch-and-go. Turns out that the male-creating SRY gene is just not a very strong switch, according to research published late last summer and described by the superlative science writer Ed Yong. “It doesn’t cleanly flip between on (male) and off (female). Instead, it does just enough to divert an embryo down the male path, and it’s easily affected by the environment or by other genes.”

Yong writes of fascinating examples of male development gone awry because of mutations in SRY. The protein SRY makes in a cell’s protoplasm has to be imported back into the cell nucleus so it can turn on other genes that complete male development. Usually the SRY protein hitches rides on other proteins that ferry it into the nucleus. But mutations can hinder that process, so the downstream genes that the SRY protein is supposed to affect just don’t get active enough. The result can be, for example, a person with XY cells who appears female (although she is sterile.)

SRY is a master gene governing the behavior of lots of others, and master genes usually resist this sort of unreliable performance. But the genes on the Y are much less protected from mutation than autosome genes. Yong explains, “Other chromosomes come in pairs and can swap parts of their DNA—a process that unites bad mutations in the same place, and allows them to be more easily weeded out by natural selection. The Y chromosome doesn’t get this benefit because it’s alone, and has nothing to swap with. It builds up harmful mutations more quickly, making it a treacherous place for a master switch to exist.”