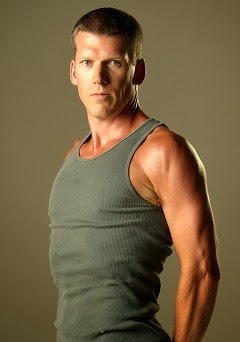 Mike Adams is a science gene-ius. Just ask him. But be careful; the infamous “Health Ranger,” who has acquired a sizable fortune spreading conspiracy theories and selling often dubious and dangerous “cures” on his monumentally popular NaturalNews.com website, is in a hissy mood.

If Adams is true to his claim that he’s a new man, committed to serving science, he may have no choice but to sue himself for defamation and cyber bullying. But more on that later.

Adams is certainly threatening to sue me and Forbes magazine for an article I posted to the Forbes site on April 3 that mostly replicated an “Inside Story” and a separate detailed fact summary profile of Adams that had appeared on the Genetic Literacy Project website a few days before.

I’ve been quiet about the libel threat for six weeks, but Keith KIoor over at his Discover blog has now broken the news with quotes from various threat letters and a link to a 29-page summary brief that backs up in embarrassing detail—for Mr. Adams—his history of promoting crank cures and silly conspiracy theories. Read it if you have any question about the accuracy of any of the milquetoast criticisms that I noted in my two GLP reports or the Forbes story on Adams for which he’s threatening to sue me. He has also added a bizarre response (and sad–this guy needs friends) from Adams.

Adams may be considered a joke in the science community and among science journalists, but there is no denying his influence. According to Alexa, his website is ranked around 2000 globally and is the 800 most popular website in the United States.

Kloor highlights a lot of the background on Adams’s dicey reputation and the messy details on the suit threats, so no need to go into them here. What’s not mentioned is that the threat letters came via a well-known Washington law firm, Emord & Associates, which specializes in representing the loosey-goosey supplements, “natural products” and alternative medicine industries. Alternative products and medicine purveyors now sell upwards of $30 billion of often useless and sometimes dangerous goods every year in the US alone—products that remain largely unregulated and unlabeled despite their drug-like impact on health—in part because of lobbying by Emord and similar firms. They target the biotech industry (Emord is the law firm providing legal advice to the backers of the Vermont GMO labeling law, claiming its Constitutionality will be upheld in court) and conventional agriculture to present the alternative health movement as whiter than snow. My report, Kloor’s story and hundreds more by the country’s top journalists paint a more realistic picture.

If you’re looking for some background on these fast-growing but notorious industries, I suggest you pick up the powerful book, Do You Believe in Magic: The Sense and Nonsense of Alternative Medicine by Paul Offit, the co-inventor of a rotavirus vaccine that has been credited with saving hundreds of lives every day. Offit is also the Maurice R. Hilleman Professor of Vaccinology, professor of pediatrics at the University of Pennsylvania, chief of the Division of Infectious Diseases, and the director of the Vaccine Education Center at The Children’s Hospital of Philadelphia. Needless to say Dr. Offit knows what he’s talking about; for the most part Adams and his ilk—Dr. Joseph Mercola and his equally dubious website Mercola.com comes to mind (here is his profile on QuackWatch)—are just hucksters, whatever they might believe of themselves.

This is not just my view by the way. My comments pale in comparison to what you can find about Adams on the Internet. Just put “Mike Adams” and “quack” in Google and have a field day (13,800 results). As my original Forbes and GLP stories documented and as elaborated by Kloor, there may be no public figure in this notorious field who has faced more ridicule than Adams. His website has been ‘honored’ as the most quack promoting ‘natural products’ country store on the web. That’s now earned him a place on the Dr. Oz show, which itself seems committed to promoting the most fringe views about health, medicine and food. Adams was a guest on Oz on May 13 in an attempt to promote his new “heavy metals food laboratory.”

Adams told Oz that he wants to “eliminate science illiteracy” because it “really concerns me as a scientist” (Earth to Adams: you’re not a scientist; you are a supplements salesman). He calls for more “science education in America,” which we all support but could put him out of business sooner rather than later if it comes to pass.

Earlier this week after Adams appeared on the Oz show, surgical oncologist David Gorski—MD and PhD—called NaturalNews.com “one of the quackiest, if not the quackiest site, on the Internet.”

Just when I thought that Dr. Oz couldn’t go any lower, couldn’t invite a bigger quack on his show to fawn over and publicize, couldn’t sell out more to the forces of quackery, he does. … [I]t was a fawning puff piece, painting Adams as a “whistleblower” (he’s nothing of the sort; he’s a supplement entrepreneur), as someone who “bucks conventional wisdom” and “researches the truth” in his “quest to be ahead of the curve.” We also learn that Adams is someone whose website gets 7 million unique visits per month, which makes Mike Adams the Dr. Oz of the quackosphere.

Obviously, Adams’ next money-making scheme is to spread fear, uncertainty, and doubt about supplements, the better to sell his “clean” superfoods, supplements, and other products. His appearance on Dr. Oz’s show is clearly designed to promote his brand, and promote it he did, with Oz’s enthusiastic help. The segment had a scary title about “poison in America’s food.” There was plenty of conspiracy-mongering about companies trying to shut him down and the FDA being clueless….

In any case, a lot of nonsense and kissing of Adams’ posterior are packed into Dr. Oz’s brief segment with him. I never knew Oz could do a colonoscopy with his face, but he’s certainly made sure that Adams doesn’t have a single suspicious polyp all the way up to his terminal ileum.

Read the rest of the Gorski piece. It’s a classic. But you can bypass news filters like me, Kloor, Gorski or Oz and go directly to Adams’s website for a laugh rush. His latest campaign: warning America about falling for science hucksters. 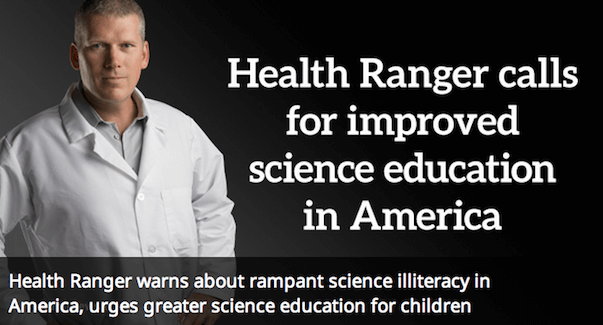 Which brings me to the title of the piece and the question I posed: Will Adams sue himself for libeling himself? After all, if his goal is to put anti-science purveyors out of business–and those who he claims present “blatantly fictional, distorted or wildly exaggerated” anti-science information—why not go after the person who many scientists and journalists contend is the most egregious perpetrator of “cyber bullying” and “harassment.” If Adam is prepared to mount a campaign, perhaps he should target whatever deranged sounding person wrote the following:

GMO-promoting scientists are the most despicable humanoid creatures to have ever walked the surface of this planet. To call them “human” is an insult to humanity. They are ANTI-human. They are demonic. They are forces of evil that walk among the rest of us, parading as authorities when in their hearts and souls they are actually corporate cowards and traitors to humankind. To pad their own pockets, they would put at risk the very future of sustainable life on our planet…and they do it consciously, insidiously. They feed on death, destruction, suffering and pain. They align with the biotech industry precisely because they know that no other industry is as steeped in pure evil as the biotech industry. GMO pushers will lie, cheat, steal, falsify and even mass-murder as many people as it takes to further their agenda of total global domination over the entire food supply… at ANY cost.

I predict a future where—and for the record I DO NOT encourage this—shipments of GM seeds to farmers are raided and destroyed by activists. I predict Monsanto employees being publicly named and shamed  on websites. I predict—but DO NOT CONDONE — scientists who conduct research for Monsanto being threatened, intimidated and even physically attacked. Again, for the record, I DO NOT IN ANY WAY condone such behavior, but I predict it will emerge as an inevitable reaction to the unfathomable evil being committed by the GMO industry and all its co-conspirators. The “Army of the 12 monkeys” may become reality.

Who wrote that classic example of cyber bullying? Oops. The above screed was written by none other than Adams himself. Yes, science needs you, Mike. Please, send yourself a libel threat letter. Let’s shut that ‘quack’ and cyber bully down.

NOTE: Adam has (sort of) just responded by calling anyone who does not believe in conspiracy theories “mentally retarded” and simultaneously touting as groundbreaking the notorious quackery of anti-vaccine promoter Andrew Wakefield and Gilles-Erich Seralini, the French scientist whose study “documenting” the alleged cancer causing dangers of GMOs was retracted. Read Adams’ latest screed–Why NOT believing in conspiracies is a sure sign of mental retardation]