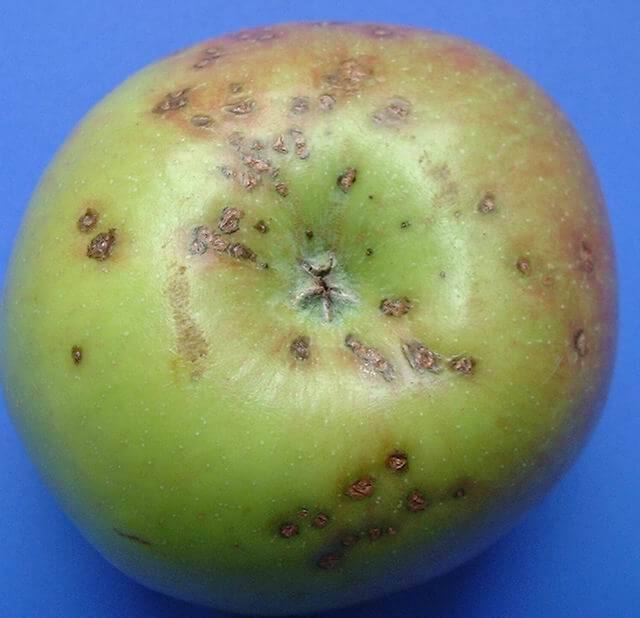 Nature is in constant war with agriculture, with insects, weeds and disease as its primary weapons. Advances in genetic modification offer some unique tools that can help increase food production despite these challenges. 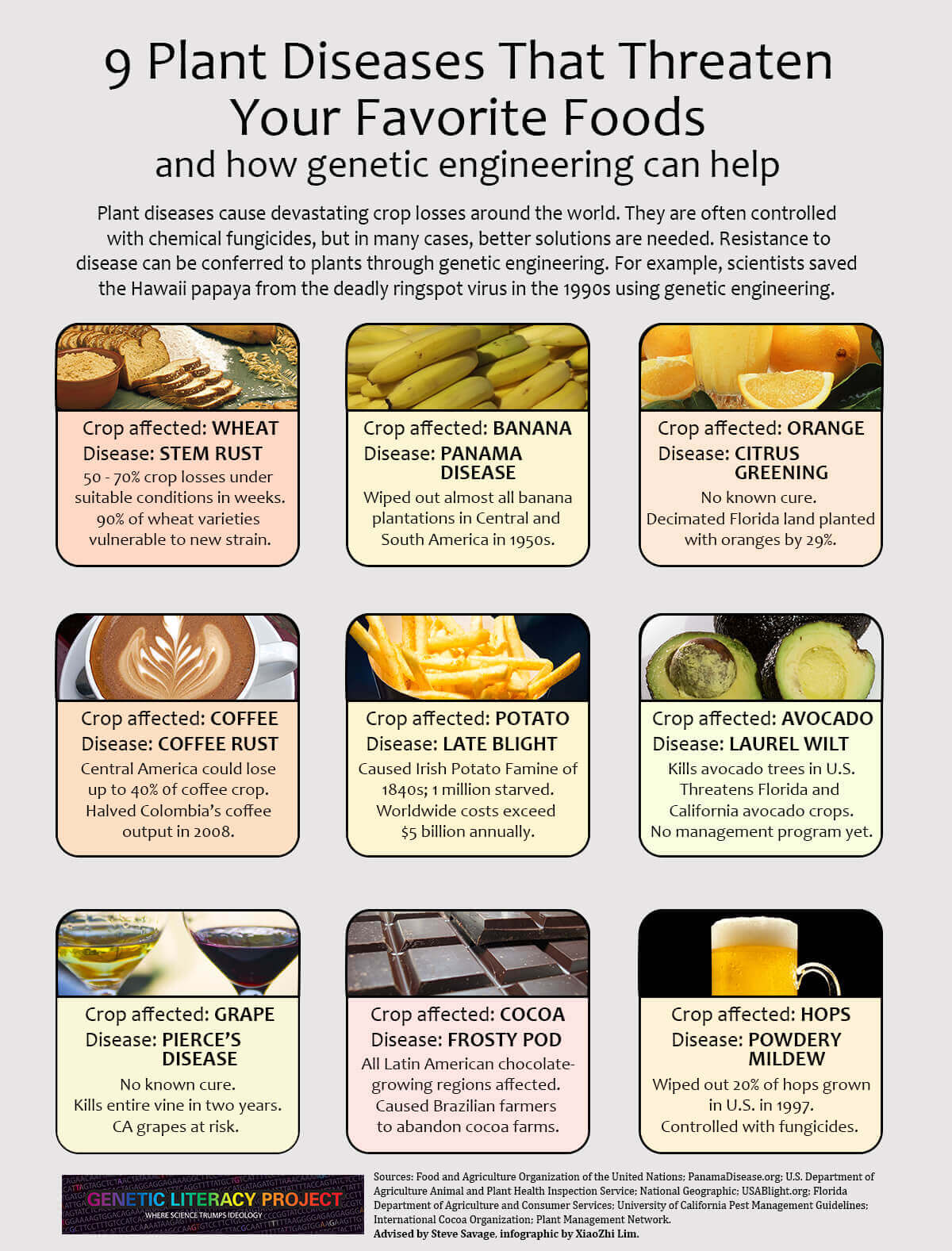 Most of the “GMO Crops” that have been commercialized are either insect resistant or herbicide tolerant. Biotechnology can also be used to generate crops that are resistant to plant diseases. So far, there are only two examples of disease resistance available to farmers: the papayas resistant to ringspot virus and squash resistant to zucchini yellow mosaic and watermelon mosaic viruses. That narrow offering is not for a lack of need or technical potential. In fact, biotech approaches could uniquely address some of the most significant disease issues in global agriculture. The limitation mainly reflects the success of the anti-GMO movement in creating controversy. This has induced brand-sensitive food system players to use their leverage to prevent the development or introduction of “GMO” disease resistant versions of crops where they would make the most sense.

If we let ourselves imagine what could be, there are three important categories of plant disease of particular interest for the use of genetic engineering:

Fungi cause most plant diseases, but plants can also be infected by viruses and bacteria.  In most of these cases, specific insects spread pathogens from plant to plant in much the same way that the Aedes aegypti mosquito spreads a human disease like Yellow Fever.  For plants, the vector insects are the ones that use specialized mouthparts to penetrate plant cells to suck out nutrients – things like aphids, thrips, mealy bugs and psyllids. The viruses or bacteria have specific associations that allow them to be picked up from an infected plant on the mouthparts of the “bug” and then released inside of the next plant. Those infections can severely damage the plant and even kill it.

In many cases, the only way such diseases can be controlled is to use insecticides to kill the vectors. Often it requires nearly complete insect control to adequately protect the crop.  That means intensive insecticide use in some cases, but in other cases it isn’t feasible to stop the spread of the disease. That was the case with papaya ringspot virus which was seriously compromising production Hawaii in the early 1990s–the farmers were fighting a losing battle to save their plantings. The introduction of transgenic virus resistance in 1998 saved the papaya industry.

Currently there is a new, deadly, bacterial disease of citrus which is threatening the orange industry in Florida. Insecticide programs have only slowed the progress of the disease, and without something like a transgenic solution, that industry will soon collapse. Another bacterium is threatening the California wine industry because of the introduction of a more problematic vector in the late 1980s. Insecticide programs and quarantine programs are limiting the issue to Southern California for now, but it would be much more desirable to have a resistance option to deploy to protect the key production areas to the North. Laurel Wilt disease of avocado is another similar challenge.

One of the main ways that plant diseases are managed is through conventional breeding programs. This can be quite effective, particularly for annual grains or vegetables for which breeding programs can progress fairly quickly. 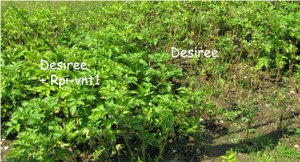 For a crop like potatoes, breeding is difficult and slow because the plants don’t normally make any seeds. That is why the 100+ year-old Russett Burbank is still a major commercial cultivar. There is a severe disease called Potato Late Blight which caused the infamous Potato Famine and which requires very frequent fungicide applications today. There are genes for resistance in wild or semi-wild ancestral potatoes in the Andes, and using biotechnology, such genes have been moved into the potatoes we now grow, at least on an experimental basis. This trait involves a potato gene in a potato.

Coffee also has a major rust disease that is causing increasing problems in the high quality, “Arabica” coffee production areas of Central and South America. There are resistance genes in various other coffee species around the world, but to move those traits into high quality lines requires things like chromosome doubling and decades of back-crossing. If the genes were moved via genetic engineering methods, the end result would be a coffee-based resistance gene in a coffee variety with a well-characterized quality background.

Bananas are an extreme case where genetic engineering would allow moving a resistance trait from some non-commercial, seeded banana, into the seedless banana of commerce which is threatened by Panama Wilt and other diseases. Similarly, genetic engineering may be a way to deal with something like Frosty Pod in cacao without compromising quality attributes.

Even with a crop like wheat, there are so many different types for different uses around the world that it would be helpful to speed up the breeding process for the new, UG99 Wheat Stem Rust threat, which is moving around the world.  A desirable gene found in one category of wheat (e.g. Hard Red Spring) could be moved to elite breeding lines for other types like Durum or Soft White Winter.

Diseases that are not amenable to safe, effective chemical control 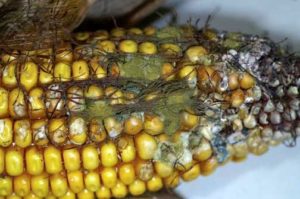 There are many crop/disease combinations that can be effectively controlled using fungicide treatments with low mammalian toxicity and low environmental impact.  However, there are some diseases that are not amenable to that sort of control. A disease of tomatoes, called Bacterial Leaf Spot, is a big issue in wetter growing regions like Florida. It is currently managed with a combination of biological agents and copper-based products, but coppers are not as safe as most modern pesticides. Foliar bacterial diseases do not comprise a large enough global market to justify the investment of >$200MM that it takes to develop a new synthetic pesticide. There is a very effective resistance gene for this disease in peppers, but although they are related to tomatoes they are too distant for conventional cross-breeding. That pepper gene has been moved to tomato and the plants performed well in field tests.

Fusarium Head Blight of wheat is a serious disease risk that limits the feasibility of adding wheat to Midwestern corn/soy rotations. That disease is difficult to control with fungicides, but there was once a nearly commercialized trait for resistance. There are a number of crops including field corn that can be infected by the opportunistic fungal pathogen, Aspergillus flavus, when there has been drought stress and/or insect damage.  Fungicides are not very effective against this problem, and the aflatoxin that the fungus can produce renders the grain unsuitable for normal feed or food uses. Indeed, aflatoxin is one of the leading causes of death in the developing world where it can contaminate important food crops like maize or peanuts.  There are several ideas for how to address that issue with biotechnology.

Biotech crops have been planted on hundreds of millions of acres of land each year since 1996. Many generations of animals have been raised on these crops both in the countries where “GMO” crops are grown, and also in the EU, Japan, China and many other importing regions.  The arguments against this basic technology have not proven to be of actual concern.  At some point, we should be able to start applying these well-tested technologies to the prevention of problematic diseases that affect crops.

Steve Savage, originally trained as a plant pathologist, is an agricultural scientist, public speaker, consultant and author of the popular Applied Mythology blog. He can be reached on twitter at @grapedoc.