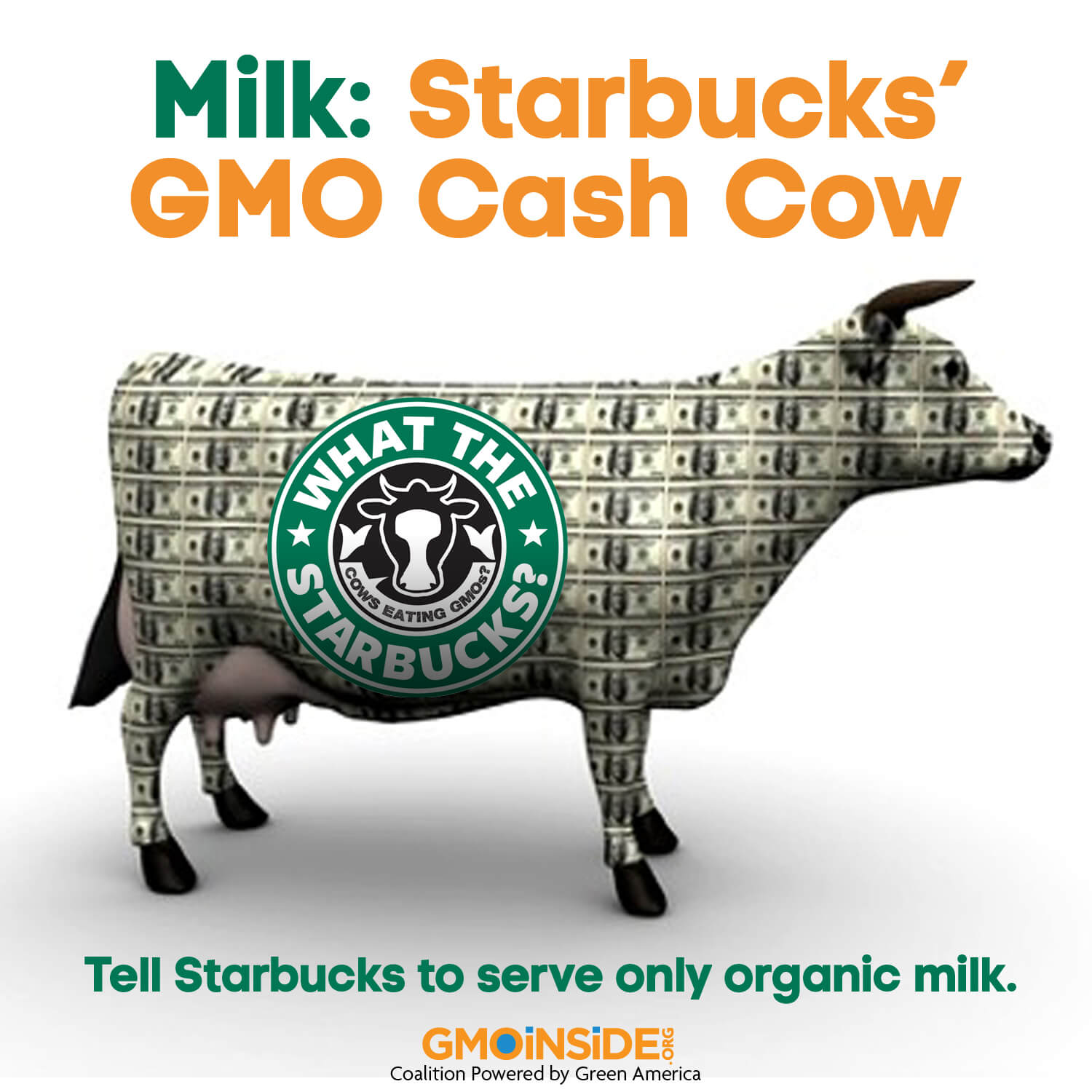 A coalition some of the most influential activist groups is intensifying a campaign to pressure Starbucks into using only organic milk in its coffee products.

This past Sunday, Green America, which spearheads the group, organized an online protest with the #OrganicMilkNext, touching off a torrent of tweets.

Green America claims that more than 150,000 consumers have formally petitioned Starbucks CEO Howard Schultz since it launched its protest seven months ago.

The coffee company currently uses conventional milk although it has offered organic milk in the past at a premium. Most milk is derived from cows that eat grains that have been genetically modified. The coalition claims that conventional milk “has yet to be proven safe for humans, animal, or the planet by independent long-term studies,” according to the group.

That’s false and a complete misrepresentation of the science.

The protestors represent literally a Who’s Who of the most notorious anti-science groups in the country, including the Organic Consumers Association, Friends of the Earth, Food Democracy Now!, Food Revolution Network, Institute for Responsible Technology, Cornucopia, and Food Babe.

Anti-GMO groups regularly post blogs alleging that animals fed GMOs have developed health problems that could show up in humans. “Monsanto’s GMO Feed Creates Horrific Physical Ailments in Animals,” screamed a typical headline, in AlterNet, a popular fringe alternative site. It touted “new research” but as is typical of many such articles, it neither cited a study nor linked to any independent research.

There is no nutritional or any other detectable difference in either the meat or the milk from livestock, say independent global science oversight groups, noting more than 2,000 studies on GMOs. About half of those studies were independently conducted with many funded by the European Commission, where political sentiment (but not the views of mainstream scientists) remains hostile to GMOs.

In addition, an independent review of health data on more than 100 billion cattle and other livestock, released just last month, conclusively demonstrated that there are no unusual health impacts from animals that have consumed GMO feed.

Writing in the Journal of Animal Science, in the most comprehensive study of GMOs and food ever conducted, University of California-Davis Department of Animal Science geneticist Alison Van Eenennaam and research assistant Amy E. Young reviewed 29 years of livestock productivity and health data from both before and after the introduction of genetically engineered animal feed.

Before 1996 animal feed was 100 percent non-GMO and after its introduction it jumped to 90 percent and more. The documentation included the records of animals examined pre and post mortem, as ill cattle cannot be approved for meat.

What did they find? GM feed is safe and nutritionally equivalent to non-GMO feed. There was no indication of any unusual trends in the health of animals over 18 years since 1996 when GMO crops were first harvested.

The findings match the conclusions of dozens of other animal GM fee feed studies— here is a comprehensive list. The conclusions also comport with long-term GMO feeding laboratory studies. The GENERA database, found at Biology Fortified online, lists more than three-dozen examples of multi-year studies. A recent review of 24 of these studies by Snell et. al found: “Results…do not suggest any health hazards and, in general, there were no statistically significant differences within parameters observed.”

No independent study has revealed any differences in the nutritional profile of animal products derived from GE-fed animals. (One highly publicized study claiming organic whole milk has more heart-healthy omega-3 fatty acids than conventional milk was funded by the organic industry and was sharply criticized by mainstream scientists.)

Environmental protestors often draw their “evidence” from alternative medicine promoters like the American Academy of Environmental Medicine—not recognized by the American Board of Medical Specialties and thought of by mainstream scientists as a “quack” organization. Contrary to science, it believes vaccines are dangerous and GMOs cause massive health problems.

Because DNA and protein are normal components of the diet that are digested, there are no detectable or reliably quantifiable traces of GE components in milk, meat, and eggs following consumption of GE feed. Considering the size of the dataset, it can reasonably be said that the debate over the impact of GE feed on animal health is closed: there is zero extraordinary impact.

Starbucks has a history of incremental concessions to activist pressure even in the face of actual purchasing evidence that shows their own customers are not seeking these concessions. The Organic Consumers Association, another anti-GMO group which is lending its support to this campaign, launched a similar protest in 2001. Starbuck’s response at that time, only after counter-pressure targeting their board members, was to offer customers an “rbST-free organic option” for a small fee in addition to conventional milk , the cost of which was subsidized by the company (this fee ranged from $0.25 to $0.50 depending on the location of the store).

The argument at the time was to offer consumers actual choice and facilitate that higher costing choice by underwriting its expense. This didn’t sit well with OCA. Similar to today’s anti-GMO activists that demand labeling, claiming it would provide consumer choice, OCA was mostly interested in demonizing GM products and shutting down all choice. It continued to attack Starbucks for not moving to 100 percent organic. But organic activists were not able to gain any mainstream traction for their protests once the company provided their alternative option, and the protest faded.

“Store checks” across the country over the next several years asked Starbucks’ employees if their customers were taking advantage of this offering. The most common response from baristas was they were throwing away more of the organic milk than they were selling even though they were sourcing ultra-pasteurized brands with a shelf life of three to four months unrefrigerated. Within a year of doing these store checks Starbucks quietly replaced this offering this offering with a soy milk alternative for the lactose intolerant and their pledge to offer the organic option largely disappeared without any fanfare.

In 2006 activists, this time led by Food and Water Watch, renewed their campaign. This time Starbucks tried to address the demands that it offer organic-only products by agreeing to make available single-serve milk cartons from Horizon Organic (already offered in most of their stores since 2002) and pledged to include an organic coffee daily option and more organic baked goods for purchase. Subsequent store checks and interviews revealed the organic coffee offering was largely limited to coastal stores and not consistently a daily offering and few stores carried any organic baked goods at all.

Horizon Organic 8 oz single serve milk cartons were typically available as the only milk beverage option but not offered as an ingredient option in Starbucks’ other coffees and mixed beverages. Starbucks did pledge to use and source “rbST-free” milk for their stores as by this time the availability in the market of this “organic-light” non-certified claim was predominant and without additional cost to them, so it was not much of a concession.

What will Starbucks do this time?

So far, it’s standing firm, publicly stating it has no plans to dump conventional milk or even offer an organic alternative.

“We understand that organic dairy is an important issue for some of our customers and are constantly evaluating our sourcing options to ensure we are offering the highest quality products,” Starbucks said.  “In the meantime, we do provide customers the choice of organic soy milk in our stores, globally.”

Also, according to the U.S. Department of Agriculture, there is simply not enough supply of organic milk to make the switch even if it wanted to. 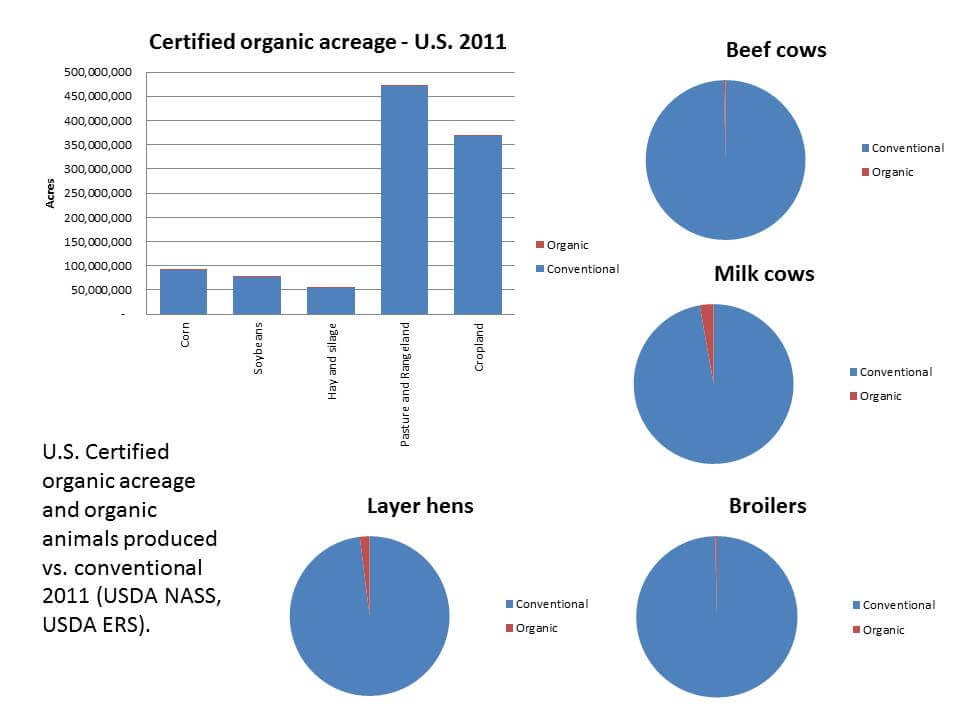 If Starbucks does cave, considering the limited supply of organic milk, latte prices would invariably jump. “This would have a huge impact on beverage prices at Starbucks,” says Phil Lempert, author and founder of SuperMarketGuru.com—who thinks that it might mean we would pay 50 cents or more extra for some coffee products.