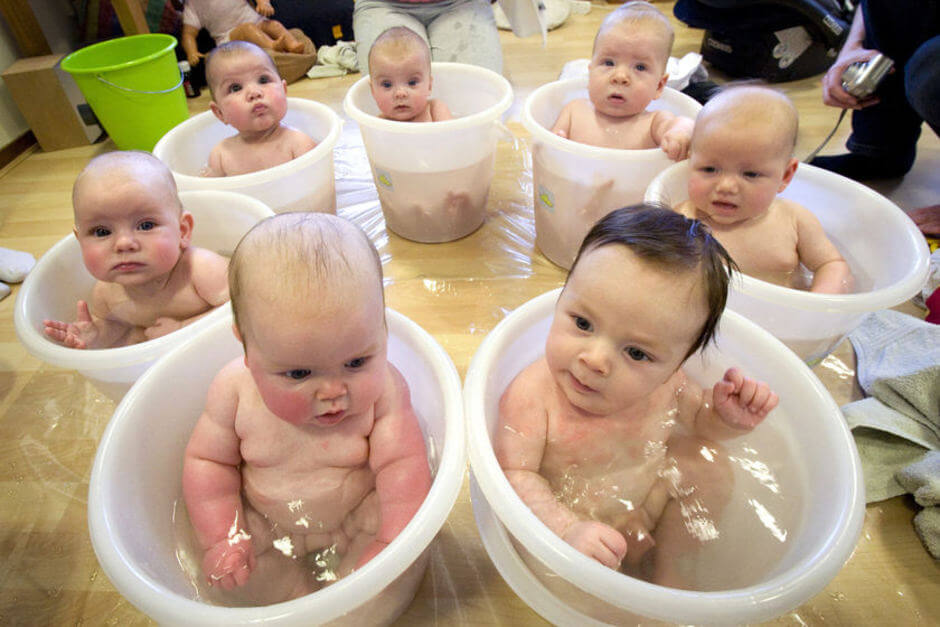 The normal human sex ratio—the number of males in a particular population compared to the number of females, often the ratio of males to females at birth—is an excess of boys at birth, about 105 to 100 girls. “Natural” human adult sex ratios are more nearly even because more males die when young. The usual sex ratio in adult populations ranges from 94 to 102 men for every 100 women.

Lots of factors can alter sex ratios in many species. For humans, one factor is psychological stress. An example: the expected number of male births fell in New York City in the three months after terrorists brought down the World Trade Center in 2001. Another factor that can reduce the number of boy babies is exposure to environmental toxins such as tobacco smoke and air pollution.

Other causes of sex ratio changes

Another is famine. There was an abrupt decline in the sex ratio in China between 1960 and 1963, following the famine associated with the Great Leap Forward. In the following two years, the number of boy babies increased. The author of this 2014 study, demographer Shige Song, said his data supported a hypothesis based on evolutionary theory. The evolutionary rationale is that most female children are likely to bear at least some children of their own, and so pass their parents’ genes on to future generations. Boy babies are a riskier bet. Sons can in principle pass on more genes than daughters, but they are less likely to survive and reproduce. So in good times more sons are born, but when food is scarce, more daughters are likely.

Sometimes the cause of an altered sex ratio is unclear and mysterious. Male births declined in Europe and North America in the last half of the 20th century. The data seem to be related to latitude. Male births declined in North European countries (latitudes above 40° N) and increased around the Mediterranean (latitude 35 – 40° N). The reverse was true in North America, especially in Mexico. These data have not been explained.

Note that the Japanese finding is only an association between two kinds of data. The researchers are reporting a correlation, not a cause. I harbor a yearning to see these data confirmed and climate change held responsible for causing fewer males to be born. That’s because I suspect this news, and the headlines, would lead to action on climate change in a New York minute.

Selecting children’s sex and alterations of the sex ratio

In many societies, the sex ratio has been altered dramatically in recent years, a trend that is somewhat under the radar and has nothing to do with climate. It is happening because prospective parents prefer boys. A recent PLOS One paper reports that 34 countries have abnormally high adult sex ratios, more than 102 men per 100 women. The result: more than 100 million “missing” women.

The ethics of choosing a child’s sex

I’ve been writing about choosing the sex of a child for decades, beginning even before the technologies for doing it were easily available. I have always regarded it as the ultimate sexist act, a detestable declaration that the most important thing about a child is whether he is male or she is female.

There’s a lot of disagreement about that. Some writers have argued that constraints on reproductive freedom are intolerable whatever the reason. Others believe that there can be good reasons for sex selection, for example disease prevention or the desire for a sex-balanced family. Preventing disease, I guess I agree, is an acceptable reason for sex selection. I’m not so sure about a sex-balanced family. For a useful and (relatively) concise summary of the bioethical arguments for and against sex selection, see a recent review paper here.

The global trend to an excess of men—notably in China and India—has generated considerable unease, sometimes even among those who espouse reproductive freedom. There are fears that widespread alterations in the sex ratio and an unusually large number of adult men who cannot find wives will lead to undesirable social and political consequences–especially increases in crime and violence. Males, young men in particular, commit more crimes than women and are more violent. So that worrisome scenario seems plausible.

The sex ratio, violence, and crime

But scientists at the University of California–Davis beg to differ. They say there is no evidence that an excess of men leads to more crime and violence. Indeed, their data suggest more competition among men for mates in societies with an excess of marriageable women. They cite other studies showing that “in societies with a surplus of women, men find themselves in demand and can leverage their scarcity, behaving promiscuously and offering little parental investment; whereas, when women are in short supply, marriage and a commitment to family are highly valued.”

The Davis researchers draw policy implications from their findings. For example, tough policies on crime that sequester high numbers of men in jails may exacerbate violence, not quell it. So might a female-biased sex ratio.

Suppose these counterintuitive findings (published just a few months ago) are confirmed and accepted eventually. Does that mean it’s perfectly OK, maybe even desirable, for societies to pursue an increase in males? It‘s not OK with me; I still regard sex selection as discrimination of the most blatant kind.

I will also note that, to the extent we know it, the “natural” human adult sex ratio appears to be close to even. This is not an example of the naturalistic fallacy, an argument that what is is what ought to be. But it might be useful to investigate why it is, when evolution is left to its own devices, without air pollution and terrorism and famine and abortion of female fetuses, we end up with about an equal number of men and women. There might be a reason for that.