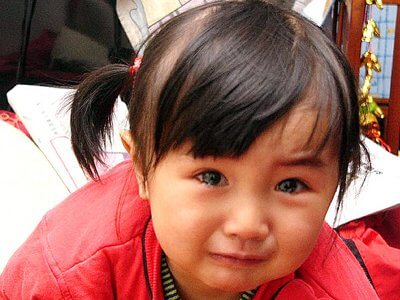 China seems to be getting more serious about dealing with its skewed sex ratio, the preponderance of males over females that is believed to be the most extreme in the world.

China’s National Health and Family Planning Commission said last week that it would increase its oversight of fetal sex determination, which is already banned there. The agency said that pregnant women were sending their blood samples overseas for analysis, planning to abort if the results came back female.

The “natural” human sex ratio at birth is about 105 boys to every 100 girls. Because more young boys than girls die from accidents and disease, the sex ratio is usually about even by reproductive age. In China, though, about 118 boys are born for every 100 girls. That’s the result of a toxic combination of strong cultural preference for sons plus China’s long-standing policy of limiting couples to just one child in an attempt to slow down the country’s massive population growth.

The preponderance of males, combined with an aging population, is believed to have shrunk China’s labor pool and helped slow the country’s economic growth. There are also worries that a heavily male population, especially males without the possibility of marrying, could mean increased violence and social instability. The one-child policy was relaxed a bit in 2013, but fewer-than-expected couples have applied for a permit for a second child.

Son preference has led to a shortage of women worldwide. According to the United Nations Population Fund, there are well over 100 million “missing” women. Not all of them are missing in Asia. According to the CIA World Factbook, the sex ratio is skewed in a number of European countries too, most notably in tiny Liechtenstein (126 boys to 100 girls.) This source puts the Chinese ratio at only 112 boys per 100 girls, below Curacao and Azerbaijan and identical to the ratio for India and Vietnam.

There’s been a lot of speculation about the consequences of a preponderance of males, but not much in the way of facts. China’s demography presents a perfect opportunity for careful study of the effects of a male-skewed sex ratio, but I haven’t been able to unearth news of such research. So at this point, potential consequences of what is often called “gender imbalance” tend to be conjecture rather than established.

International relations experts have argued that the Chinese sex ratio presents security threats—threats to China’s internal security. That could have international repercussions too, partly by fostering a “virile” form of nationalism. They say, “Even if sex ratios were rectified today, young adult sex ratios in China will result in a significant gender imbalance in the adult population for the next 30 years.”

It might seem obvious that an oversupply of men means more violence and crime. But not so fast. A study published last year argues that rates of rape, sexual assault and homicide are actually lower in societies with more men than women. The researchers base their ideas on evolutionary theories of supply and demand. Males in such male-heavy populations tend to compete in nonviolent ways, they say. And instead of simply commandeering females, they court them in order to secure long-term relationships.

One recent study has shown that high community sex ratios, a surplus of men, do seem to be associated with an increase in sexually risky behaviors among both men and women. The researchers bemoan the lack of data to show the consequences of this behavior. But one result is likely to be a substantial increase in sexually transmitted diseases, including potentially fatal outcomes of virus infection such as AIDS and some kinds of cancer. Also, STDs are fatal to genes because they can impair fertility.

There are many causes of altered sex ratios besides sex-selective abortions and infanticide. The “natural” causes, however, usually skew sex ratios in the other direction, with reductions in the number of male births. I discussed some of these causes in detail here at GLP last fall.

The reigning theory has been that in hard times, evolution acts to maximize the success of present and future generations by preferentially eliminating the more fragile male fetuses. Some scientists have argued that this trend is adaptive, that the surviving males are more likely to be healthy and have healthy children.

A recent study of 18th-century church records in Finland has bolstered that idea. During the study’s time period, there were 16 years in which female newborns outnumbered males, sometimes substantially. The reasons for the stresses in those years are not known. But males born in those years survived better than males born in “normal” years, and they also had more children.

Attitudes toward sex choice are, inevitably, bound up with attitudes toward abortion. Nicholas Shakel explained this last fall in a post at the University of Oxford’s Practical Ethics. “Is abortion on demand a right or is abortion on the grounds of sex forbidden. You can’t have both,” he concluded.

In the U.S., dozens of laws banning abortions based on sex have been introduced at the state and federal level, and several states have passed them. Some people think abortion for sex is sexist. Me, for instance, although I don’t favor laws against it. A recent Wellcome Trust report concluded that abortion for sex was sometimes sexist but not always, citing as an example of the latter  the desire for a sex-balanced family.

But pro-choice advocates agree with Shakel. They have opposed the bans on abortion for sex, arguing that these laws are not only chipping away at legal abortion, they are also racist because they are often justified by pointing to preferences for sons in certain ethnic groups (usually Asian.)

Selecting the sex of children doesn’t seem to be much of a trend in the U.S., even though there are institutions that will help prospective parents accomplish it, especially if the ostensible reason is a sex-balanced family. Not that a special institution is at all necessary, since a woman can learn her fetus’s sex as a routine part of obstetric care and, in most places, take whatever action she chooses. Examining fetal DNA in a mother’s blood or urine can be done as early as 7 weeks. Some have speculated that very early diagnosis could make abortion (for sex or any other genetic reason) much easier for a woman because her psychological bond with her baby-to-be is still weak early in pregnancy. I wonder if that’s true.