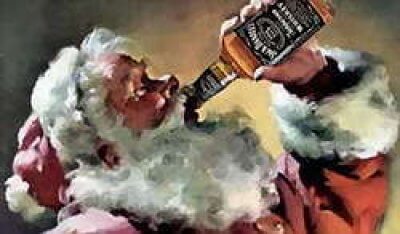 You will probably not be surprised to hear that no single gene predisposes to alcohol abuse and dependence. Genetic sensitivity to alcohol varies among individuals within and across populations.

As I noted in the first part of this meditation on genes and alcohol here at GLP last week, a mutation that arose in China probably less than 10,000 years ago makes alcohol’s effects on the body so unpleasant for about one out of three East Asians that alcohol abuse is uncommon among them. Another mutation mostly among Asians has a similar effect, and I’ll discuss that one below.

But single mutations with that much power are quite rare. In most people, the inebriating effects of alcohol, and alcohol addiction, result from cumulative effects of many genes–and, let us not forget, their interactions with the environment.

An excellent brief summary of how complex it all is can be found in an open-access piece on addiction by Bethany Brookshire (aka “Scicurious”), who is now at Science News. “Addiction is a disorder of reward, a disorder of learning. It has genetic, epigenetic and environmental influences. It is all of that and more.” Most of all, she says, addiction demonstrates the brain’s astounding ability to change, revealing “what we know and don’t yet know about how brains adapt to all that we throw at them.”

Is alcohol in moderation good for you?

Nevertheless, genetic researchers are trying to reveal the relationship between alcohol and genes. One area of study focuses on the conventional wisdom that “moderate” amounts of alcohol are good

for you, especially good for the heart. “Moderate” in this case means an amount that many consider small: for women, one (5-ounce) glass of wine, for men 2 glasses, or, alternatively, only 1.5 ounces of distilled liquor, which has a much higher alcohol content than wine.

But a recent Scandinavian study reports that a protective effect of alcohol on the heart may be most obvious only in 15 percent of people, those with a particular mutation in the gene that produces CETP, a protein that figures in cholesterol transport–and who drink more (in some cases much more) than “moderate” amounts. These people show a massive reduction in heart risk, up to 80 percent, even when they drink heavily.

The researchers speculate that this may mean population studies that show reduced heart disease associated with moderate drinking may actually be measuring the strong effect of higher alcohol consumption’s salutary impact on heart disease in the 15 percent of people with the mutation. If that’s true, it’s not clear that alcohol is helpful to the hearts of the other 85 percent. Discussing this study and others here at GLP last month, Emily Sutherin pointed out that genetic differences among us may mean that sweeping medical recommendations, such as the idea that moderate drinking is good for everybody, should be taken with a grain of salt.

Another mostly Asian mutation has now cast doubt on the idea that small amounts of booze are good for your heart. That’s the lesser-known one I mentioned only briefly last week. It’s a mutation affecting ADH1B (one of the genes for alcohol dehydrogenase, aka ADH, the first enzyme step in the body’s breakdown of alcohol), not one that alters the second enzyme step, aldehyde dehydrogenase (ALDH), like the better-known “Asian flush” mutation I discussed last week. Confusing.

The new news came from an enormous study published earlier this year (155 authors!), a meta-analysis of 56 epidemiological studies involving more than 260,000 people of European descent. Such a huge number of study subjects was necessary because the relevant ADH1B mutation is quite rare in Europeans, found in only 7 percent of study participants. People with this mutation drank very little but still had lower blood pressure, lower body mass index, lower rates of heart disease, and lower rates of ischemic stroke than the other study subjects. The researchers concluded, “This suggests that reduction of alcohol consumption, even for light to moderate drinkers, is beneficial for cardiovascular health.” They say that even social pressure in heavy-drinking cultures is unlikely to override the protective effect of this mutation.

Dirk Hanson, whose Addiction Inbox blog is a trustworthy source of information on the science of addiction, noted that this is not the first study to suggest that small amounts of alcohol may not be good for you after all. He also notes that the American Heart Association is still not recommending alcohol for good heart health.

What about the Mediterranean Diet and genes?

Moderate amounts of wine are also generally part of the Mediterranean Diet that emphasizes fruits and vegetables, fish and olive oil. A recent genetic study showed that women who ate (and drank) that way might be slowing the aging process.

The genetic evidence for this anti-aging effect was indirect at best. The researchers were able to link a Mediterranean-type diet with longer length of the telomeres on chromosomes. Telomeres are often compared to the caps on shoelaces; they are gene-free DNA that covers the ends of chromosomes and helps keep them from unraveling. Except that telomeres get a smidgen shorter with each cell division, so telomere length is regarded as a rough barometer of aging.

Commenting on the study, Naveed Sattar, professor of metabolic medicine at the University of Glasgow, cautioned that telomere length as a marker of health is still not firmly established—and also, that people who eat healthful foods like those associated with the Mediterranean Diet may well engage in other behaviors known to promote good health too.

The well-known science writer Larry Husten, who specializes in cardiovascular health, issues cautions too. He thinks the study, which speculated that the Mediterranean Diet might add as much as 4.5 years to life (about the same amount as not smoking and exercising) was well done. But he noted, for example, that the researchers were not able to associate any particular component of the Mediterranean diet, including alcohol, with telomere length—and that other types of diets believed to be healthful were not associated with telomere length either.

David Warmflash noted here at GLP recently that a number of factors, many related to that catch-all term stress—everything from spaceflight to child abuse—have been linked with shortening of telomeres. Furthermore, he points out that in some cases shorter telomeres are a good thing—when they speed the elimination of cancer cells, for instance.

So I’m sorry to rain on your holiday parade, but at this time of year, when even nondrinkers are known to raise a glass, you might want to keep this in mind: it’s really not clear that small amounts of alcohol are healthful. For reinforcement, Dirk Hanson has collected several cautionary comments about why this is the season to be both jolly and careful.

Whether you will be toasting the holidays or not, I wish you joy of the season. Happy New Year, and I’ll be back here on January 6.