Addiction: How our genes program our preferences and habits

It has long since been established that alcohol addiction has a genetic component. For those with one parent who exhibits alcoholism, their risk of a similar condition is about 25 percent.

A new look into a broad panel of genes potentially associated with stress-induced alcoholism has identified 11 genes that are highly predictive of addiction.

“This powerful panel of just 11 genes successfully identified who has problems with alcohol abuse and who does not in tests in three patient populations on two continents, in two ethnicities and in both genders,” said Alexander B. Niculescu, M.D., PhD, the principal investigator and associate professor of psychiatry and medical neuroscience 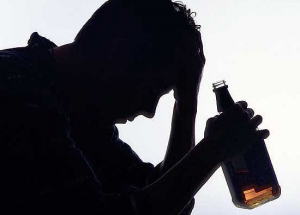 at the Indiana University School of Medicine.

The authors rightly point out that this latest research isn’t the final conclusion, nor is it exhaustive, but the level of correlation they were able to reliably ascertain with these 11 genes is very promising.

Which leads me to the next question:

Are we destined to be our genes?

So if an individual is found to have the genetic predisposition across these 11 genes and their 66 associated single-nucleotide polymorphisms (SNP variations) that were found to be correlated with addiction, is he or she destined to be or remain addicted? Newer research along the behavioral front seems to indicate that such views are unwarranted, and that we have tremendous control over our genetic destiny. 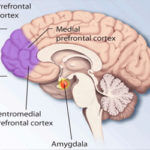 Rajita Sinha at Yale School of Medicine and her colleagues used functional magnetic resonance imaging (fMRI) on test subjects and found that greater sustained activation in the medial prefrontal cortex was associated with longer durations between ceasing drug use and relapse.

This latest set of genetic finding (the 11 genes and their variants) is extremely promising across the neurobiological research. Sinha herself (following the fMRI study results) opined that “the jury’s still out on what kinds of neurobiological predictors show the best sensitivity and specificity…. We get our glucose levels checked, we get our insulin levels checked. Are there ways of thinking about neurobiological markers and metrics as predictors of behavior?”

The genetic study results add more evidence to buttress this avenue of study. Along similar lines of research, where the brain and behavior and genetics converge, Diana Martinez of Columbia University Medical Center has found with her team that individuals with greater dopamine release in their brain and higher concentrations of a particular dopamine receptor (D2) were more likely to successfully complete cocaine addiction treatment and remain drug-free 6 months later that those with lower levels of dopamine and D2 receptor density.

Martinez and her team are attempting to see if they can increase D2 receptor concentrations and/or dopamine levels by using gene therapy in mice.

A strand of engineered DNA is inserted via a viral vector and delivered inside of certain cell nuclei. Within the nuclei, these DNA are used to create dopamine receptor (D2) protein. In a small study with these altered mice, those with the increased density of D2 receptors self-administered fewer doses of cocaine than unaltered mice, suggesting further evidence strengthening the dopamine pathway linkage.

Indeed, executive function (self-control) regions as well as the cortico-limbic-stratial axis seems to be inextricably linked in the genetics of addiction, and it could very well be that the 11 genes recently identified are cross-linked with these different brain functions.

Individuals who present with the genetics associated with greater predisposition to addiction, reduced activity in the medial prefrontal cortex and/or fewer dopamine receptors could be identified and receive earlier, targeted therapy to increase their odds of extinguishing their habits or addictions and reducing relapse rates. Behavioral therapy and even simply seeing how one’s brain activates in response to seeing addiction cues (tested using cigarette images) have both been shown effective in reducing alcohol, cigarette, and drug consumption, and reduced cravings. In fact, there is currently a study recruiting to collect more data on just this phenomenon.

Ben Locwin, PhD, MBA is a contributor to the Genetic Literacy Project and is an author of a wide variety of scientific articles for books and magazines. He is also a researcher and consultant for a variety of industries including behavioral and psychological, food and nutrition, pharmaceutical, and academic.