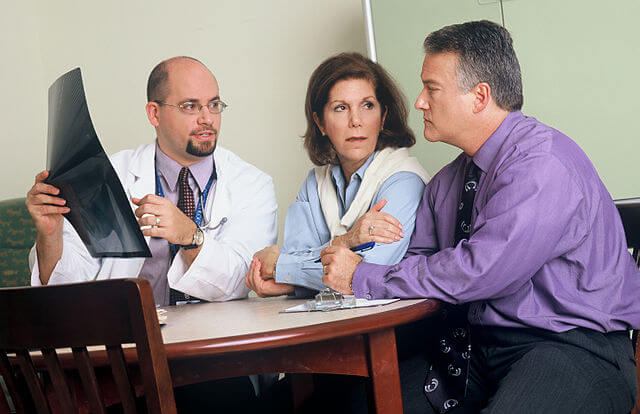 “Incidental findings” is the innocent sounding term for inadvertent but frequently unsettling discoveries made while looking for something else. They happen, for example, when genome sequencing for specific conditions reveals additional genetic variation. This variation is often of unknown significance for health and other kinds of well-being. So, how should it be handled?

Incidental findings that reveal a high risk for cancer or some other serious circumstance can be life saving. But mostly incidental findings are painful and sometimes confusing. At this still-early stage of genetic knowledge, it’s often impossible to know just what effect a particular genetic variant will have, or if it will have any effect at all.

Yet incidental findings are already an inevitable consequence of genetic tests. They are only going to get more frequent as the cost of DNA sequencing drops and direct-to-consumer testing expands. (For an exploration of many of the issues surrounding disclosure of incidental findings, see GLP’s Katherine Wendelsdorf’s article “Personal gene maps: Is there such a thing as too much information about our DNA?”)

Two years ago, the American College of Medical Genetics and Genomics (ACMG) held forth on the question of what to do about incidental findings. The group recommended that every time a lab conducts DNA sequencing that a doc has ordered, the lab should also test for several dozen specific genes associated with other disorders. The recommendations included BRCA1 and BRCA2 variants that are well known to increase the risk for breast and ovarian cancer, but they also covered less common gene variants, for example those that raise risk for rarer tumors such as those characteristic of Li-Fraumeni syndrome.

The ACMG argued that labs should not only do these analyses, they should report the incidental findings to anyone who ordered the tests, usually a physician. It would be up to the doc to decide whether to share this news with the patient. But ACMG also argued for disclosure to a patient when the variant is clearly linked to a disease, especially when steps can be taken to reduce the risk. The recommendations were controversial in part because they advocated disclosure even when the patient is a child or doesn’t want the information.

Enter the Presidential Commission for the Study of Bioethical Issues

In December 2013, an official government body with the impressive title of the Presidential Commission for the Study of Bioethical Issues issued its own recommendations about how to handle incidental findings. Its new report covered a variety of medical testing, including imaging studies, but put a major emphasis on genetic tests. The Commission’s recommendations differ substantially from ACMG’s. They also apply more broadly, covering not just clinical testing but also research projects and direct-to-consumer genetic testing by private companies.

The Commission’s central message is embodied in the report’s title: “Anticipate and Communicate.” Medical professionals who order such tests should expect the unexpected. Patients should be told before testing that variation unrelated to the condition being tested for might be found. Patients should decide in advance whether or not they want to be told about any such discoveries.

UK clinical geneticist Caroline Wright defends the right of patients not to know. But she also points out the reality that, whether the decision is for or against disclosure of incidentals, it’s a decision nearly always made in the absence of adequate information or evidence. She says, “[T]he level of genomic knowledge required to make an informed choice about what information to receive—or indeed not to receive—is enormous.”

One of the most common incidental findings in genetics has nothing to do with disease. It’s that a patient’s “father” is not her or his biological father at all. Back in the last century when I was a grad student in a genetics clinic, it was said that about 10 percent of purported fathers were not. What the Commission report calls “misattributed paternity” today is estimated to range from just one percent to as much as 20 percent of genetics patients, but I see that one in 10 remains the rule of thumb. That’s quite a significant proportion of the folks undergoing genetic tests.

The ACMG recommendations do not take up nonpaternity at all. The Commission report does discuss it a bit, using it as an example of how disclosing an incidental finding for which no preventive or positive action can be taken “has the potential to cause anxiety and distress with no corresponding medical benefit.”

The implication is that they’re against it. It’s not correct, though, to say there’s never a medical benefit. I recall two such cases from my clinic days. In each case, the father was suffering from a heritable condition and his children were at potential risk. Genetic testing, however, revealed that the patients had not fathered their apparent children, although neither they nor the children knew that.

Sticky. The docs handled the cases with superb nonchalance, however. They happily told the families not to worry, that the tests had revealed the children were not at risk. They simply skipped explaining the reason why.

I don’t know whether docs could get away with that tactful omission today; it’s an issue for the bioethicists (and maybe for policy makers and lawyers.) Today there would also be a greater risk that the families would press for details—or might even be so well informed about genetics, or such sophisticated Googlers, that they would realize the explanation was fishy.

With the possible exception of misattributed paternity, the government report mostly did not get down into the weeds of recommending disclosure of specific gene variations as the ACMG report did. It was grounded in long-established principles of bioethics such as justice, fairness and intellectual freedom and responsibility. The Commission’s recommendations were for the most part bland and unexceptional, not likely to excite controversy the way its predecessor did.

Although the report stayed away from specifics, it urged professional groups to develop lists of likely incidental findings from particular tests and also guidelines for handling them. As a practical matter, that’s likely to mean that for an unknown period of time both medical professionals and direct-to-consumer gene sequencers will be making up policies on incidental findings as they go along.

Making it up as they go along

Maybe that ad hoc approach won’t turn out so badly. Figuring out how to handle incidental genetic findings as they occur in the real world seems sensible and even forward thinking. Misattributed paternity aside, it’s not even clear how often incidental findings will actually be found. Some of the experts think accidental discoveries of significance are a certainty, especially if the test involves whole exomes or genomes. Hence, the sense of urgency in figuring out how to handle them.

But are incidentals really so frequent? Some think not. One of them is Wright.  She argues:

“Assessing someone’s genome for a hereditary genetic predisposition to breast cancer, for example, is unlikely to incidentally throw up the fact that they also have a dominant neurodegenerative disease – the mutations are in different locations and will not both be extracted by a computational search for either one of them. Simply stumbling upon clinically actionable IFs [incidental findings] in a whole genome sequence is highly unlikely.”

Eventually, I suppose, we will find out just who is right.

Tabitha M. Powledge is a long-time science journalist. She writes On Science Blogs for the PLOS Blogs Network. New posts on Fridays.