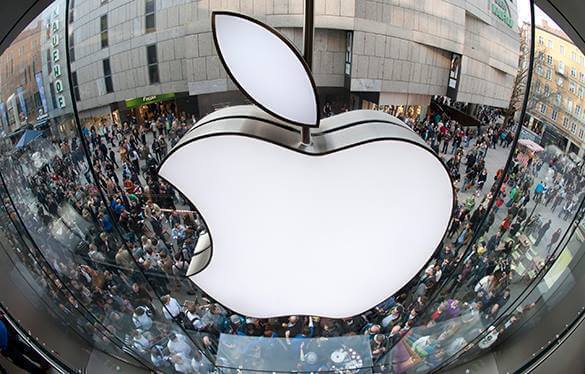 What do you tell your iPhone? Do you track what you eat? How much you drink? How many miles you drive? Do you use it track your weight, menstrual cycles or blood pressure? What about the restaurants you visit and the clothing size you purchase?

We share, inadvertently and overtly, a ton of information with the companies that make our phones and apps. These companies know a lot about us and advertisers pay a great deal for a glimpse at that information. And a new initiative from Apple may add another, controversial element to that data profile: your genetics.

Antonio Regalado at MIT’s Tech Review reported last week that Apple is partnering with two academic medical centers to recruit study participants for two large-scale genetics research projects. UCSF and Mount Sinai Hospital in New Your will lead the studies and sequence the genetic information. But, Apple through subjects’ iPhones will collect and record data. Regalado said others speculate that this development is just the company sticking their toe in the waters of direct-to-consumer genetics and that a wider application is assured.

It’s difficult to tell what Apple, who hasn’t commented on these reports, wants to get out of this foray into genetic information. From a research perspective, the real value of this connection lies in the company’s vast market share and the potential for data collection. Specifically of value is the interaction between genetic data and lifestyle as documented by the things your phone already tracks, like your whereabouts and purchasing habits, alongside those things you ask it to track like your diet, fitness and sleep. Pieced together this could give researchers an unprecedented look at how lifestyle and genetics interact.

Other genetic research initiatives are going the citizen science route, most notably Genes for Good which is working with Facebook. But no one has a market share like Apple’s. Even 23andMe, the original player in the direct-to-consumer genetics space can’t compete despite having nearly 1 million sequenced customers, Regalado writes:

That is one of the largest DNA data banks anywhere, but it took 23andMe nine years of constant media attention, such as appearance on Oprah, to reach those numbers. By comparison, Apple sold 60 million iPhones in just the first three months of this year, contributing to a total of about 750 million overall. That means DNA studies on the ResearchKit platform could, theoretically, have rapid and immense reach.

On the other hand, this vast market share may be detriment to a lot of health research because only people who have iPhones will be included, likely over-representing some populations and leaving out others. This could be a big caveat to the results of these studies and make them less useful.

These rumors don’t mention a likely cost of the service or would have access to the resulting information. Because the first two studies are being done in conjunction with academic research institutions, its most likely the cost for these participants is covered. But in the future, will Apple partner with large-scale sequencing companies to provide the service or start sequencing on their own? And who will then own the data?

Another interesting question is who decides eligibility to participate in these studies and how those participants can be properly guided through the ‘informed consent’ process that is the ethical backbone of academic human research. The five Apps currently in Apple’s “Research Kit” app collection include research into asthma, parkinsons and diabetes. When The Verge’s Arielle Duhaime-Ross played around with them, she discovered there was no verification of identity. No one could tell if you were a dog or a minor, as she put it. So, minors could enroll in trials easily without involving their parents, whose legal consent would normally be required:

In person, it’s easy to demand an ID, like a driver’s license, to verify age. When I told the app that I was under 18, I was kicked out of the study. But I could still go back to the previous page, and change my answer — and when I did, I was suddenly eligible.

If people aren’t who they say they are, research results will have zero impact.

The idea that minors could be releasing their genetic data without proper consideration is deeply troubling. That’s especially true given the gray-area of privacy protection for genetic information outside of a medical setting where its protected like all health information. And, when Apple’s initiative goes beyond these joint-research programs into the eventual holding and sharing with other mobile phones, will people inadvertently be sharing information that could harm their prospects for getting jobs, life insurance or even online dates? Jessica Cussins writes at Biopolitical Times:

It is also unclear whether people will rush to share this most personal kind of data. It’s one thing to take action on social networks following DNA testing – say, to join a Facebook group to discuss a shared gene variant – but enabling widespread sharing of the genetic data itself may ultimately benefit biotech companies at your or your family’s expense.

On the other hand, Apple’s entrance into direct-to-consumer genetics is a further signal that market-making companies are investing in people’s growing interest, and willingness to pay for, the ancestry and health knowledge that their genomes provide, even if no ones sure what to do with it yet.