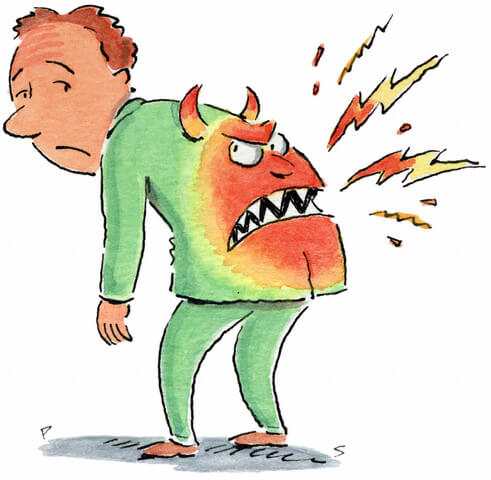 Hit your finger with a hammer? Dropped a bottle on your toe? Ouch. We empathize with you. But you likely said more than ‘ouch.’ Part of this is learned conditioned behavior (you’ve heard others swear at home or in the movies, etc.) and part is neuropsychological–exclamations about your pain starts a reinforced feedback loop that blunts the pain signals.

Pain is registered in two major ways–the characteristics as determined by our pain receptors, called nociceptors, and the subjective quality of the pain–how intense, annoying, disconcerting it is. There

have been several lines of research studying how pain is perceived, processed in the brain, and how pain tolerance can be developed. It really is true that pain is ‘all in your head’ in the sense that you are just reacting to the nerve impulses.

But as Oxford physicist David Deutsch has described, you’re perceiving what is going on because of translating these nerve impulses–you’re not literally observing electricity crackling in your neurons. 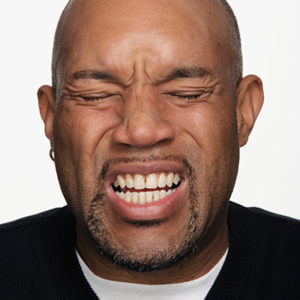 So how much mental gymnastics are we doing in terms of emotionally processing and responding to pain?

When research participants were told to focus on sensations from a different bodypart from one being poked or prodded, scientists found an increase in what’s called ‘low-frequency rhythms’ in regions of the brain connected to the un-insulted body part. They also found an increase in these brain patterns originating from brain regions responsible for our attentiveness to distractions. In both cases, these suggest counterintuitive results because increased low-frequency rhythms are associated with a reduction in sensory information being processed (not an increase as you might expect).

David Linden, a neuroscientist at Johns Hopkins University has reported that “positive emotions–like feeling calm and safe and connected to others–can minimize pain. But negative emotions tend to have the opposite effect.”

Mindfulness meditation seems to be one method of practicing one’s control over these low-frequency (pain mediating) brain waves, and it could be that being mindful and trying to characterize where the pain is or isn’t allows us to compartmentalize it, and thus reduce it.

And let’s not forget the automatic emotional responses from the opener: Swearing has been found to reduce pain (called a ‘hypoalgesic effect’). Participants were able to keep their hands in an ice bath 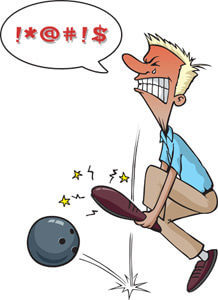 longer when they were allowed to use profanity compared with those who weren’t. Richard Stephens and his colleagues did much of this research, and their results indicate that swearing activates emotional centers of the brain (and vice-versa: emotional activation alters swearing!). This emotional activation is similar to the sympathetic nervous systems activation in ‘fight-or-flight’ which also blunts pain and allows athletes, soldiers, and mothers delivering babies to handle more pain than they otherwise would tolerate.

But because profanities—“s#!t!” confer this pain-buffering effect but mundane words—“spoon!” do not, the semantic value of the words we use seems to be related to emotional arousal. This then lends credence to a theory of a circuitous feedback loop that works something like this: Profanities that we’ve learned (and are therefore dialect–and culture-specific) are associated with different levels of emotional arousal. So we use these learned (words chosen based on what we’ve heard) and conditioned (words that activate our emotions more strongly) responses to activate autonomic nervous system responses which then modulate pain and therefore reinforce this connection (swearing buffers pain) so that we’re more likely to do it again the next time. But if we overuse it, it can lessen the pain-reducing benefit.

What about chronic pain and emotion? There are FDA-approved drug treatments for chronic pain such as fibromyalgia and diabetic neuropathy, and the thought is that certain regions of the brain 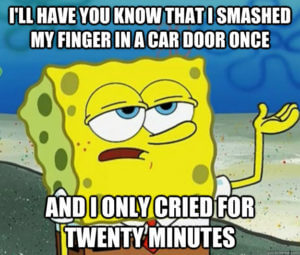 which deal with pain are also shared with cognitive function and anxiety; This may create a negative-feedback loop where anxiety about potential pain triggers more pain, and the pain then makes the sufferer more apprehensive and anxious about future pain. By modulating certain neurotransmitters, SSRI and SNRI-class antidepressants have been shown to help those with fibromyalgia “improve pain relief, function and quality of life.”

There are parallel lines of research looking to optimize control of pain medically without the risks of addiction. These involve targeting specific neuroreceptors which create the sensations of pain—and blocking others—to give pain relief without triggering some receptors that are thought to contribute to drug tolerance and addiction.

Ben Locwin, PhD, MBA, MS is a Contributor to the Genetic Literacy Project and is an author of a wide variety of scientific articles for books and magazines. He is also a researcher and consultant for a variety of industries including behavioral and psychological, aerospace, food and nutrition, pharmaceutical, and academic. Follow him at @BenLocwin.