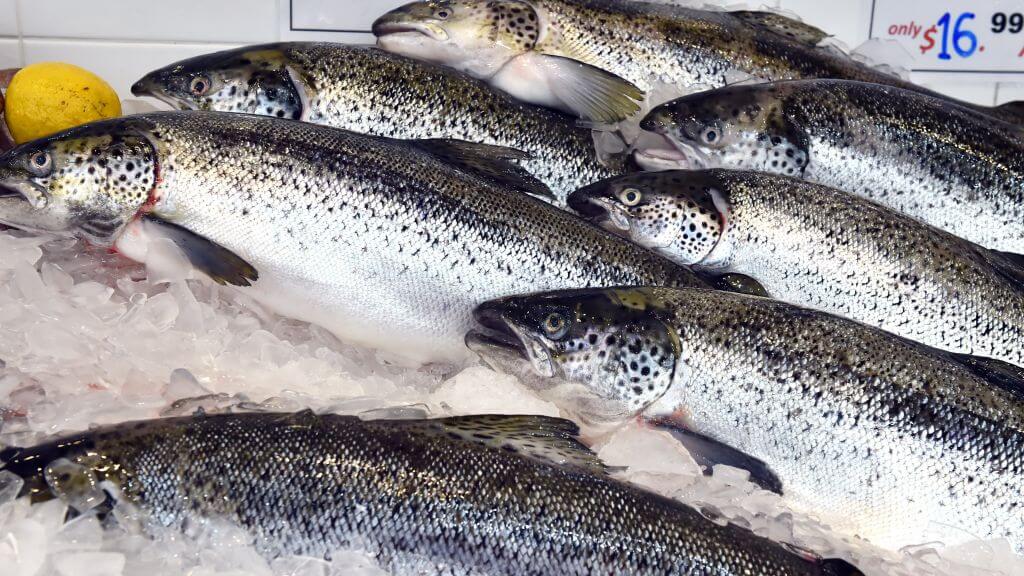 Health Canada has approved the AquAdvantage® salmon for commercial sale in the country, clearing the way for the GMO fish to be on dinner plates all across Canada.

The salmon (read GLP’s primer on the fish here), made by Massachusetts-based AquaBounty Technologies, is an Atlantic salmon that has been modified to possess a growth hormone gene from the Chinook salmon. The result is a fish that grows to maturity quicker—about twice as fast as conventional Atlantic salmon, however both are the same size at maturity. The fish also contains a short genetic sequence from the ocean pout that serves as a ‘molecular switch’ to speed up the process.

In making its decision, Health Canada, the department of the Canadian government responsible for national public health, ruled that AquaBounty Technologies’ GMO salmon does not pose any risks to food safety. Furthermore, the agency stated that fillets from the salmon are as safe and nutritious as fillets from other farmed salmon.

In addition to Health Canada’s review, the Animal Feed Division of the Animal Health Directorate of the Canadian Food Inspection Agency weighed in saying that feed derived from the enhanced salmon does not pose any additional safety or nutrition concerns to livestock. Health Canada’s report also makes note of a 2013 report generated by the Fisheries and Oceans Canada which ruled that the contained production of these fish posed no risk to the environment or human health.

Canada began its review of the GMO salmon back in 2012 and Health Canada’s decision marks the end of the regulatory process for the salmon.

The announcement comes seven months after the Food and Drug Administration (FDA) in the U.S. same to a similar conclusion after a review that took 17 years. But the fish has yet to make it into American homes because of the political battle over GMO labeling that is being waged across the country. The FDA has blocked import and sale of the fish until federal regulations on the labelling of genetically engineered foods can be established—a process that could take years.

However, no special labeling or regulations will be necessary in Canada because Health Canada has ruled there are no health and safety concerns were identified that necessitate labeling. “GM foods are becoming more common every day and are part of the regular diets of Canadians,” the agency explained in a statement. “GM foods that have been approved by Health Canada have been consumed in Canada for many years and are safe and nutritious.”