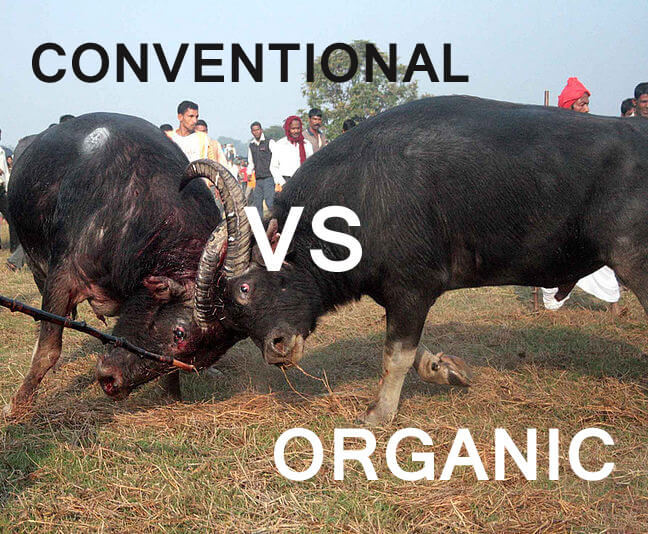 “Organic farming can help to both feed the world and preserve wildland. . . .[R]esearchers modeled 500 food production scenarios to see if we can feed an estimated world population of 9.6 billion people . . . without expanding the area of farmland. . . They found that enough food could be produced with lower-yielding organic farming. . . The existing farmland can feed that many people if they are all vegan, a 94 percent success rate if they are vegetarian, . . . and 15 percent with the Western-style diet based on meat.

According to, John Reganold, a Regents Professor of Soil Science & Agroecology at the Washington State University.  His and a co-PI’s study, Organic Agriculture in the 21st Century, compared organic and conventional agriculture across the four main metrics of sustainability . . . be productive, economically profitable, environmentally sound and socially just.

But, according to Bjorn Lomborg, the director of the Copenhagen Consensus Center and a visiting professor at Copenhagen Business School, organic farming is much, much less efficient than regular old farming and, if the US were to switch to only organic to feed its populace, “, it would mean we’d need to convert an area bigger than the size of California to farmland.”

A new review echoes a study done in 2012 when Stanford University conducted the largest comparison of four decades worth of research comparing organic and regular food. Their conclusion: “Despite the widespread perception that organically produced foods are more nutritious than conventional alternatives, we did not find robust evidence to support this perception.”