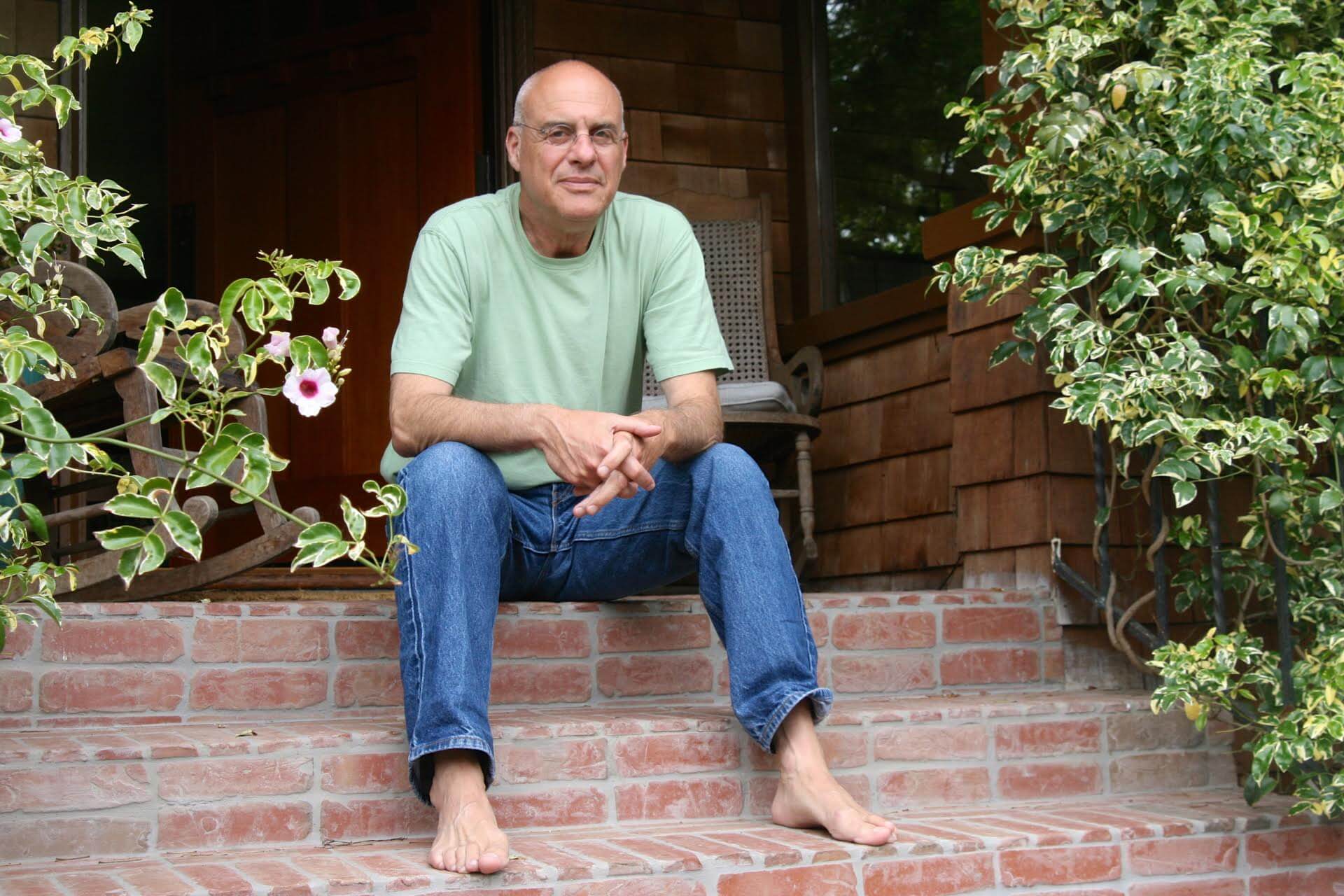 This article originally appeared at Forbes and has been republished here with permission of the author.

Mark Bittman, the former New York Times food writer and food company executive manqué, is baaaaack–with a loonier-than-ever Times op-ed fatuously titled, “GMO Labeling Law Could Stir a Revolution.” And although he’s now an outside contributor, the editors and fact-checkers at the paper seem to have given him a bye.

Bittman starts by railing about one of his old obsessions–the need to label foods made from or containing ingredients from so-called “genetically modified organisms,” or GMOs. Devotees of organic and “natural” food want to avoid them, on principle. Anti-technology activists prattle about their imaginary dangers.

Bittman, who probably holds the New York Times record for corrigenda over a career, can’t manage to get through even the first sentence of his column without a whopper (no, not the fattening kind from Burger King): “Big food and its allies spent roughly $100 million to counter the movement to force the labeling of foods produced with genetically modified organisms.” Not even close. That amount is a conflated figure calculated by the pro-labeling, consistently unreliable, activist Environmental Working Group, to exaggerate how much food, agriculture and biotechnology companies spent to oppose labeling. (Labeling legislation was passed by Congress earlier this year.) In fact, the figure represents the total 2015 lobbying budget–not just for labeling–for nearly one hundred major corporations, farm groups and trade organizations. All of them opposed mandatory labeling, but they spent nothing like $100 million to oppose labels.

A critical fact that has eluded the uneducable Bittman for years is that there’s really no such thing as a “GMO,” except in the fevered imagination of bureaucrats, legislators, and activists. When Congress tried to define it in labeling legislation passed in July, the result was a weird, unscientific, politically-motivated hodge-podge of products that makes absolutely no sense. For example, corn or soybeans modified with recombinant-DNA (“gene-splicing”) techniques would need to be labeled, while oils from them would not.

In fact, genetic engineering is not a substance(s) found in food but rather a seamless continuum of techniques that have been used over millennia, including (among others) hybridization, mutagenesis, wide-cross hybridization (movement of genes across “natural breeding barriers”), recombinant DNA and, most recently, gene-editing. (There is an excellent video primer on this here.)

The courts have repeatedly reined in mandatory labeling, including cases directly relevant to food labeling and genetic engineering. Over a decade ago, the U.S. Second Circuit Court of Appeals ruled that labeling mandates based solely on an alleged consumers’ “right to know,” rather than on a product’s measurable characteristics, violate the U.S. Constitution’s First Amendment guarantee of commercial free speech. A Vermont statute enacted in 1994 mandated labels on milk from cows treated with a bio-engineered protein. The court found the law unconstitutional because it forced producers to make involuntary statements when there was no material reason to do so. “Were consumer interest alone sufficient,” the court wrote, “there is no end to the information that states could require manufacturers to disclose about their production methods.”

The phrases “consumer interest alone” and “no end to the information that states could require” brings us directly back to Bittman, who in fact wants no end of irrelevant information about food. In his typical undisciplined way, which is reminiscent of Donald Trump’s tendency to free-association excesses, Bittman suggests a litany of aspects of farming practices and food distribution and preparation he wants to be informed about:

Where are the ingredients from? Were antibiotics routinely administered to animals? What pesticides and other chemicals were used, and do traces of these chemicals remain? Was animal welfare considered, and how? What farming practices were used? How much water was required?

Let’s really get down to it. Were the workers who sweated to put food on my table paid at least minimum wage? Did they get health benefits? Overtime? Were they unionized? Protected from pesticide exposure?

And so on, indeed. As a former (lousy) food writer and (failed) food company executive, you’d think he’d understand that the ingredients in a given food product have different pedigrees and are grown, sourced, processed and distributed differently. Playing by Bittman’s rules, a can of minestrone or ten-bean soup with ham would need to be accompanied by a thick handout from the market cashier.

Funnily enough, Bittman was singing a very different tune when he was the Chief Innovation Officer at the vegan meal delivery company The Purple Carrot, a start-up he left just months after signing on. Bittman blogged about his experience, and in a post entitled, “You Can’t Be All Things to All People,” he argued against giving too much information to his new customers:

This is why I’m arguing internally at my startup (and eventually I will have this conversation with our customers) that it’s counterproductive for us to provide nutritional information with our meal kit deliveries because the food we ship comprises whole, real ingredients and our recipes combine them in ways that produce delicious meals. At the end of the day, you don’t really need to know more. This isn’t about withholding information; it’s about making things simpler.

Thus, when Bittman had a chance actually to put his grandiose, idealistic notions into practice and give his well-heeled vegans the very information he now smugly calls for on the editorial pages of the New York Times, he argued against it. Bittman also acknowledged numerous challenges in sourcing and tracking the ingredients for his very small company yet still imagines a world where major food corporations with multiple complicated and fluid supply chains can label the source of potentially thousands of ingredients every day.

Elite foodies like Bittman are promoting labels as a kind of Trojan horse for getting more (and more, and more…) government intervention in our food system. He’s now a fellow at the feckless, anti-technology Union of Concerned Scientists, a group that partnered with a Democratic PAC to lobby the presidential candidates to fix our supposedly “broken” food system. The campaign, called “Plate of the Union,” is pushing a liberal policy agenda designed to remedy the imagined woes of the American food system: “There are some obvious first steps that the next president can take in the first year in office to begin reforming our food system so that every American has access to healthy, affordable food that is fair to workers, good for the environment, and ensures that farmers can keep farming.”

Among the many big-government policies they want from the next president are further raises in the minimum wage, fair markets and pricing for diverse farmers, the promotion of healthy diets and support for sustainable, diversified and organic farming in all communities. In order to pay for all of these, which would raise food prices significantly, presumably the next administration would get financial assistance from the Tooth Fairy.

For Bittman and his liberal comrades, a food label is the tail that wags the dog, much like the case for labeling genetically engineered foods. It is not really about transparency or a consumer’s “right to know.” It is about using the label to advance their vision of the American food supply, which discourages the use of genetically engineered ingredients and modern pest-control agents, pays farm workers $15 per hour, subsidizes inefficient organic farming and cripples big food companies with an array of new taxes and regulations.

The inner Bittman was captured in this response to his op-ed by a colleague of ours who has followed Bittman’s writing for many years: “He’s a self-absorbed, naïve anarchist who fancies himself an intellectual elitist serving the cause, via his writings rather than any real actions.”

That is consistent with Bittman’s worldview, as revealed in a 2012 interview that appeared in his Clark College (B.A. Psychology, ’71) alumni newsletter, in which he likened his current food advocacy to his protest activities in the 1970′s, “I got together with a bunch of friends and we were talking about all the protesters—women’s rights people, black-power people, anti-war people, new-ecology people—and how our job as people who knew everything was to make everyone see that it was one struggle.”

Bittman is such a caricature of the arrogant liberal elites: “…our job as people who knew everything was to make everyone see…”

In the interview, he continued:

The food scene is similar now. There are many different targets, but beyond those targets there are only a few puppet masters, only a few entities making the food system work against our best interests rather than for our best interests. So whether you’re concerned about what you’re putting in your body, or what they’re putting on crops, or climate change, or labor, or water quality, it’s pretty much the same struggle.

Sounds to us like the same sort of tiresome, sophomoric agitprop that Bittman has been peddling for many years, all the while managing not to notice that our food supply is the safest, most varied, most healthful and least expensive in history.

We wish the Gray Lady would finally cut those apron strings for good.