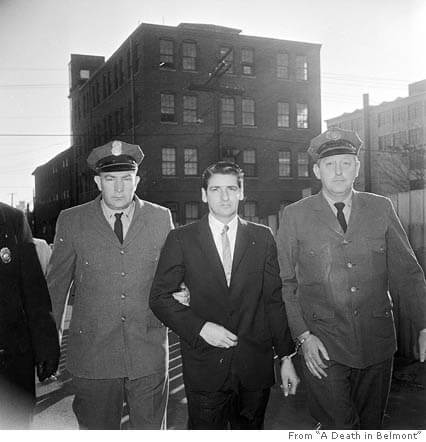 On July 11, Boston authorities announced plans to exhume the body of Albert DeSalvo—the self-confessed Boston Strangler—in order to get a DNA sample. The sample is needed for comparison with a crime scene sample from the early 1960s. Although DeSalvo confessed, he was never tried for or convicted of the murders. Investigators hope that the new sample might provide evidence to finally close the fifty-year-old case.

The decision to exhume the body was made on the basis of a DNA match between the old crime scene sample and a sample surreptitiously collected from a discarded water bottle used by one of DeSalvo’s nephews in January. While this investigation might bring closure to families of the Boston Strangler’s victims, the methods used—the secret collection of DNA from someone who wasn’t suspected of a crime—sets off familiar genetic privacy alarm bells.

In early June, the United States Supreme Court ruled that police could take DNA samples from people who are arrested for serious crimes. The post-decision debate focused on the appropriate breadth of the Fourth Amendment, which guards against unreasonable search and seizures. The case of the Boston Strangler highlights a new question: To what degree should we allow the surreptitious collection of DNA from non-criminals or those not suspected of a crime?

DNA samples are often kept and stored as part of clinical drug development projects, though the volume of these DNA samples is relatively modest. Beginning in 1994, the FBI has been empowered to establish an index of DNA identification records from crime scenes but also from innocent people who voluntarily contribute genetic samples, sometimes in hopes of locating missing persons. These databases, while restricted, open up remote possibilities of mischief.

Ethicists say one large potential problem is with the huge and expanding databases established for newborn babies, who are routinely screened for a panel of genetic diseases. Because the testing is mandated by the US government, it’s often done without the parents’ consent. Testing of newborns for specific disorders started in the 1960s and has saved the lives of countless newborns. Over the years, many other tests were added to the list. Now, states mandate that newborns be tested for anywhere between 28 and 54 different conditions, and the DNA samples are stored in state labs for anywhere from three months to indefinitely, depending on the state. In many states, such as Florida and Minnesota, babies’ DNA is stored indefinitely.

Brad Therrell, who runs the federally funded National Newborn Screening & Genetics Resource Center, said parents don’t need to worry about the privacy of their babies’ DNA. “The states have in place very rigid controls on those specimens. If my children’s DNA were in one of these state labs, I wouldn’t be worried a bit.”

But Art Caplan, a bioethicist at the University of Pennsylvania, who says he understands why states don’t first ask permission to screen babies for genetic diseases, questioned the need for storing DNA for long periods of time. “I don’t see any reason to do that kind of storage,” Caplan said. “If it’s anonymous, then I don’t care. I don’t have an issue with that. But if you keep names attached to those samples, that makes me nervous.”

Ethicists like ACLU’s Segal are obviously aware of the sharp growth in DNA databases in general, which is undoubtedly what prompted his concerns in the DeSalvo case. But Boston College law professor Michael Cassidy sees this case as separate from the overall concerns about genetic privacy.

“The police don’t need any legal authority or justification to follow you—only if there’s a stop and seizure,” he said. “And once they’ve abandoned the water bottle, the police can take that bottle because it’s no longer their property.”

There’s clearly no obvious immediate harm to Timothy DeSalvo, despite the family being unnerved by the surveillance. But it’s surprising to see something as intimate as DNA labeled ”discarded property.” That’s certainly not how it’s viewed in all states. In California, the recently proposed Bill 222, if passed, would declare that “an individual’s genetic information is protected by the right of privacy,” Alaska, Colorado, Florida and Georgia already consider DNA itself to be private property.

Rachel VanCott, writer and editor for the Genetic Literacy Project, is a technical writer and science journalist based in Boston.