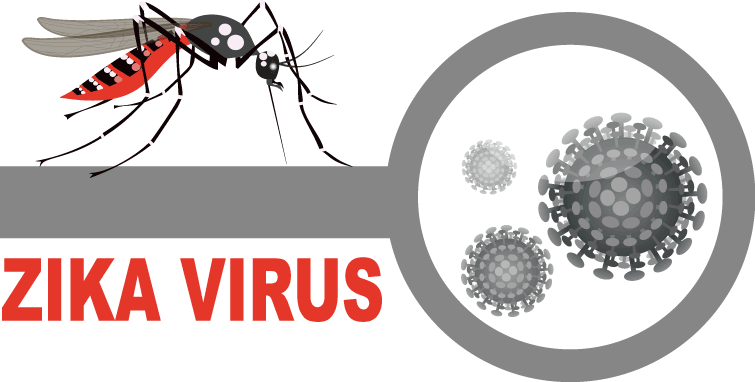 Zika virus infections, which in recent months have swept through South and Central America and the Caribbean, are typically mild and often go undetected, but infection can cause severe birth defects early in pregnancy and subtler ones later. It can also cause a progressive, usually temporary, paralysis called Guillain-Barré syndrome. There have been about 9,000 cases of Zika infection in U.S. territories (mostly in Puerto Rico) and more than three dozen locally-acquired cases in Florida. Women are increasingly terrified of having babies with severe birth defects, and public health officials are worried about the prospect of enormous humanitarian and financial costs.

The number of locally transmitted cases in the United States is continuing to increase, as are the known modes of transmission. Florida’s governor in February issued a public health emergency in four counties and its surgeon general announced a Declaration of Public Health Emergency for 29 counties in the state.

Vaccines would be an effective means of prevention, but they are years–probably many years–away from commercialization, and although there is some promise in repurposing old drugs to treat Zika infections, control of the mosquito vectors seems to be the best short-term approach.

However, “Aedes aegypti, the principal mosquito species that transmits the Zika, dengue and chikungunya viruses, has a number of breeding and behavioral quirks that make it extremely difficult to control,” according to the World Health Organization. Moreover, the comprehensive, integrated programs that could control all stages of mosquito growth are expensive and not widely available, while short-term efforts such as fogging with chemical insecticides do not work well for Aedes aegypti. The failure of current control programs for this species is obvious from the increasing number of cases worldwide not only of Zika virus but also of the dengue fever and chikungunya viruses, which are transmitted by the same mosquito.

In light of the threat of Zika, chikungunya and dengue fever viruses, the WHO Vector Control Advisory Group has evaluated and recommended further development of several biological control techniques. U.S. regulatory agencies have received requests for permission to conduct field testing of two of the most promising control techniques, both of which rely on modifying the mosquitoes in various ways to reduce the Zika threat. One of these relies on a precise and predictable method of making a small change in the mosquitoes’ genome while the other relies on a less precise and less proven control technique. Ironically, the safer and more precise method is regulated more stringently.

One innovative approach is the creation of a self-destructing, genetically-engineered mosquito from the British company Oxitec (a subsidiary of U.S.-based Intrexon). Oxitec’s male Aedes aegypti mosquitoes have a mutation that makes them dependent on a specific chemical to survive. Without it, they die, and when males that had been fed this chemical to keep them alive long enough to reproduce are released into the wild, their offspring inherit the mutation and die before reaching maturity. That results in a marked reduction in the mosquito population.

Because male mosquitoes don’t bite, they should present no health risk, and because their progeny die before they can reproduce, no genetically engineered mosquitoes should persist in the environment.

This approach has been successfully tested in Malaysia, Brazil, Panama and the Cayman Islands, with greater than 90% suppression of the wild population of Aedes aegypti mosquitoes. Brazil’s national biosafety commission has authorized commercialization of the genetically-engineered mosquito and its national health agency has indicated that it will grant a special registration.

Another innovative control technique, from MosquitoMate in the U.S. and other international manufacturers, uses male mosquitoes purposely infected with various strains of a bacterium called Wolbachia. Wolbachia strains are found in 60% of common insects, including mosquitoes, butterflies and flies but do not infect humans or animals. When females mate with males carrying a particular strain of the bacteria, many of their eggs do not hatch, thus suppressing mosquito populations. In this approach, as with the Oxitec mosquitoes, only males are released.

Another similar approach is to release female mosquitoes that have been infected with a Wolbachia strain that prevents the biting female mosquitoes from passing Zika, dengue or yellow fever to humans. This method is potentially less expensive because in theory females only need to be released once, rather than repeatedly for males. Of course, more females will result in more mosquito bites. Mosquitoes carrying Wolbachia bacteria have been released in several countries, including Australia, Brazil, Indonesia, Vietnam and China, as part of approved control strategies for dengue fever virus.

The review of the proposed Oxitec field trial by the Food and Drug Administration has been an embarrassment, while the trials of the Wolbachia-infected mosquitoes, reviewed by the EPA, have fared much better.

FDA took an unconscionable five years to grant permission for small-scale field testing of the Oxitec mosquito. Coincident with mounting pressure from the growing Zika threat and the consequent need to control Aedes aegypti, last month FDA finally approved a field trial at a single site in the Florida Keys, some 160 miles from the Zika outbreak in Miami. (If and when the trial is to begin will be decided by Florida Keys Mosquito Council District after a non-binding public referendum on November 8, 2016.) In contrast, under the authority of the Federal Insecticide, Fungicide, Rodenticide Act, EPA routinely approved the initial Wolbachia-infected mosquito field trial in 2013 and subsequent amendments that expanded the trials. EPA received about a dozen comments on the Wolbachia mosquito, whereas FDA received a couple of thousand, reflecting significant controversy in the target community.

One of the challenges in the FDA’s review of the Oxitec mosquito was the regulators’ lack of knowledge and experience. USDA had long been the agency that managed biocontrol agents, most notably its innovative sterile screw-worm fly, which was successfully developed by USDA more than 70 years ago to eradicate a devastating agricultural pest. In spite of its specific legal authority and technical expertise for overseeing field trials and commercialization of animals including genetically engineered insects, USDA ceded its authority for genetically-engineered animals to the FDA for a combination of reasons, including budgetary concerns and antagonism to genetic engineering among some senior USDA officials.

FDA regulates the genetic material introduced into the Oxitec mosquito as a “new animal drug”—similar to the way it regulates flea medicines and analgesics for dogs and cats. The rationale is that introducing DNA into the genome of the mosquitoes is analogous to dosing them with a drug. Thus, in order to be marketed, the genetic material, like other “drugs,” must be shown to be safe and effective for the animal.

That presents a bizarre and possibly insoluble regulatory conundrum, because in order to grant commercial approval to the Oxitec product, the FDA needs to employ logic that only a bureaucrat could love: Regulators would somehow have to conclude that the genetic material that causes a male mosquito to self-destruct after producing defective offspring is safe and effective for the mosquito. The FDA could find itself tied up in legal knots if, as is likely, its ultimate approval of the insect were to be challenged in court by environmentalists or anti-genetic-engineering activists. This Catch-22 could not have been unknown to FDA bureaucrats, who certainly are aware of their own statute’s requirements for product approvals.

EPA’s approval of field testing of Wolbachia bacteria was handled routinely without the public and media attention attracted by the use of molecular genetic engineering techniques. In contrast, the FDA’s equating a genetically-engineered insect to be used as a pesticide as equivalent to a new drug–and thereby, subjecting it to very strict drug-approval requirements–perpetuated a pejorative perception that the process of genetic engineering of insects for vector control confers unique hazards that requires greater regulatory scrutiny than non-engineered insects.

Moreover, it conflicts with official (but often ignored) government policy first published in 1986 and reaffirmed in a pivotal 1992 policy statement (sometimes known as the “scope document”) that reaffirmed the overarching principle for biotechnology regulation—that is, the degree and intrusiveness of oversight “should be based on the risk posed by the introduction and should not turn on the fact that an organism has been modified by a particular process or technique.”

For the time being, the administration seems locked into the FDA’s exclusive jurisdiction over genetically-engineered biological control insects under its regulations for genetically engineered animal drugs. Either USDA or EPA could regulate them, and in fact both have had more relevant expertise and experience. However, their jurisdiction, procedures and requirements for these products are unclear; and if the administration or Congress wanted to reassign oversight to USDA or EPA, the issuance of guidance documents, regulations or legislation could be a protracted process. Moreover, because of the unique benefits to manufacturers of new animal drugs (mainly, a period of post-approval marketing exclusivity), they might resist the reassignment of jurisdiction from the FDA to another agency.)

If oversight of biological control insects continues to be shared–with FDA jurisdiction over those that are genetically engineered and EPA or USDA over the rest–the challenge for the Obama administration will be to make these competing processes efficient and fair, particularly for the development of urgently needed products. The administration will need to ensure that in order to address urgent public health needs such as the Zika outbreak, regulators utilize their respective emergency regulation-waiver mechanisms (such as the FDA’s Emergency Use Authorization) appropriately to reduce red tape and delays. In plain language, that means assuring that field trials–or emergency access outside formal field trials–are conducted in a timely way, using emergency authorities when needed, and that approvals follow, as appropriate.

The potential of the genetically engineered and Wolbachia-infected mosquitoes, respectively, are examples of biological innovations that promise more effective and safer mosquito control than is currently available. However, when disparate regulatory schemes are used for the regulation of very similar products, competing companies may seek to game them for market advantage by “agency shopping.” Even worse, there may be attempts to reconcile differences in regulatory requirements by seeking an unnecessarily restrictive standard for all products–which would be, in effect, a move to a highest common denominator.

It is past time for the White House and its regulatory agencies to unsnarl the tangle they’ve created. In order to take advantage of critical new biological control agents, we need a clear and rational roadmap to getting these mosquito-control products tested and approved. American lives–and innovation–are at stake.

John J. Cohrssen is an attorney who has served in a number of government posts in the Executive and Legislative Branches of the federal government, including Associate Director of President George H.W. Bush’s Council on Competitiveness and Counsel for the House Energy and Commerce Committee. Henry I. Miller, a physician, is the Robert Wesson Fellow in Scientific Philosophy and Public Policy at Stanford University’s Hoover Institution. He was the founding director of the Office of Biotechnology at the FDA.